Adele shares a release date for her upcoming album 30 on social media. The singer began promoting the album late last month with billboards in various cities. Adele is back and fans are grateful for her return just in time for sad girl season.

Adele shares a photo of herself and a letter on social media with the same teal branding as her previous posts teasing the album. In the letter, she details how the three year process of creating the album has helped her overcome some of her recent personal struggles.

“I was certainly nowhere near where I’d hoped to be when I first started it nearly 3 years ago,” Adele shares in the open letter. “Quite the opposite actually.”

The Grammy award winning singer discusses how she usually relies heavily on routine and consistency to feel safe. She goes on to share, “Yet I was unknowingly – willingly even, throwing myself into a maze of absolute mess and inner turmoil.”

Adele details how she discovered “blistering home truths” about herself along the way. She shed many layers, but also wrapped herself in new ones.

“I’ve finally found my feeling again,” she pens in the letter. “I’d go as far as to say that I’ve never felt more peaceful in my life.”

As she prepares to debut her fourth studio album, she describes the album as her “ride or die” throughout the most turbulent period of her life. The recent divorcee describes this time in her life as one of the most challenging, and she gives praises to her friends who were with her along the way. Adele gives gratitude and praises to friends who would come over with wine, reminding her of self care, giving advice and encouraging her to get out the house.

She says her friend once shared with her, “It’s your Saturn return babes f*** it, you only live once.”

Adele also notes that no matter how much the singer pushed them away, her loved ones never stopped checking in on her well-being. She ends the thoughtfully crafted note with, “home is where the heart is.”

Adele’s forthcoming album 30 will debut November 19. Check out the post below:


Adele Shares ’30’ Album Release Date With An Open Letter [Details Inside]
was originally published on
globalgrind.com 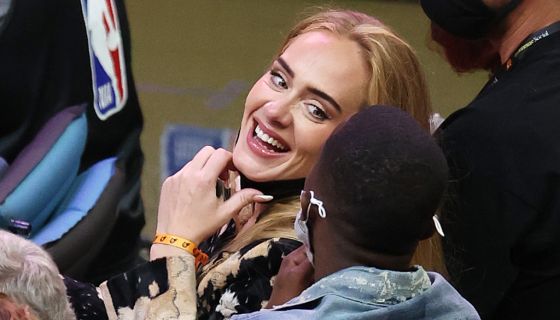