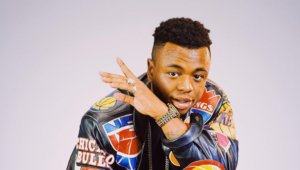 Four months after the untimely passing of Bobby Brown Jr., toxicology reports confirmed his drug-related cause of death.

The 28-year-old son of singer Bobby Brown was found dead in his Los Angeles home on November 18, 2020. At the time, not much was known about his cause of death other than the flu-like symptoms family members said he was experiencing at the time, TMZ reports. But, on Monday, a 15-page autopsy and toxicology report released by the LA county coroner’s office confirmed that Bobby Jr. died from “combined effects of alcohol, cocaine and fentanyl,” NBC reports.

However, no drugs were found at the scene and police didn’t suspect any foul play was involved. A witness reportedly told police that Bobby Jr. had downed tequila and snorted half a Percocet and cocaine prior to his accidental overdose. Bobby Jr.’s family also confirmed that he did not have Covid-19 despite him being sick at the time of his death.

It’s the third family member Bobby Brown has lost to drug abuse. The New Edition member buried his daughter Bobby Kristina Brown in 2015 after she died in an accidental drowning brought on by drug use. Bobby Kristina’s death came just three years after she lost her mother, the late Whitney Houston, in an eerily similar drowning incident. Toxicology reports for Houston confirmed her heart disease and cocaine use were contributing factors in her accidental drowning.

Bobby Brown has also been open about his journey to sobriety after years of battling drug addiction. “Jail got me to stop taking drugs,” he revealed during a 2016 appearance on The Dr. Oz Show, via ABC News. “I never wanted to go back to jail. I didn’t want to be incarcerated ever, ever again.”

At the time of Bobby Jr.’s passing, the “My Prerogative” singer released a statement asking for support as he dealt with yet another tragic loss.  “Please keep my family in your prayers at this time. Losing my son at this point in our lives has devastated my family. There are no words to explain the pain.”