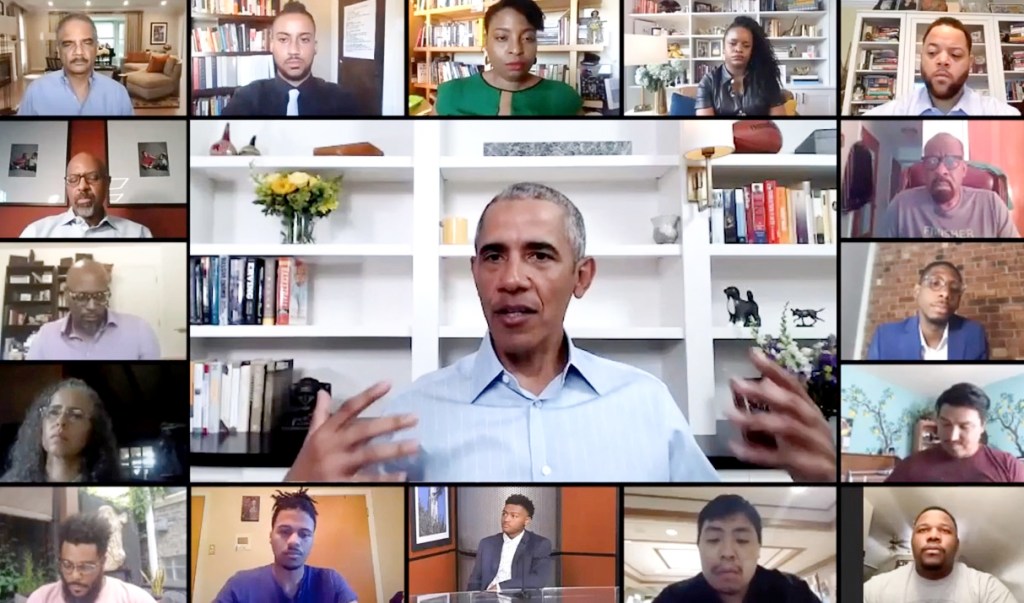 Former President Barack Obama is setting the record staright regarding his stance on the ideology of defunding the police, after being miquoted during a recent interview.

On Tuesday (Dec 16), President O appeared on The Daily Show with Trevor Noah and clarified his stance on the matter, stating that the point he was trying to mke was missed by the masses after he was dragged online for seemingly criticizing the Black Lives Matter movement—a takeaway that the former President is calling false.

“I have consistently believed that their courage, activism, media-savvy, strategic resolve far exceeds anything I could have done at their age, and I think has shifted the conversation in ways that I would not have even imagined a couple of years ago,” Obama said.

In regards to what he actually said, regarding his stance on the “defund the police” statement, our forever President states that he was simply giving advice on how to broaden support and create new and beneficial laws.

“So, throughout this slew of compliments, I then said, ‘Well, what do you think about the particular slogan ‘defund the police’? And I said, ‘Well, that particular slogan, I think the concern is there may be potential allies out there that you lose,” President Obama continued. “And the issue always is, how do you get enough people to support your cause that you can actually institutionalize it and translate it into laws.’”

President @BarackObama clarifies his comments on Defund the Police and breaks down the ways language can persuade the public (and Michelle’s mom) when it comes to reform. pic.twitter.com/oNHGAjueNQ

“If you believe, as I do, that we should be able to reform the criminal justice system so that it’s not biased and treats everybody fairly, I guess you can use a snappy slogan, like ‘defund the police.’ But, you know, you lost a big audience the minute you say it, which makes it a lot less likely that you’re going to get the changes you want done,” Obama said at the time to host Peter Hamby.

During his sit down with Trevor Noah, Obama continued to expound on his statement, noting that it was the timing of statement that led to the misuderstaning, before noting that claims he made the statement to “appease white people” was “not the case.”

“The reason it caught attention, I suspect, is there are some in the Democratic Party who suggested the reason we didn’t do better in the congressional elections this time around was because of this phrase,” Obama said. “And I think that people assumed that somehow I was making an argument that that’s why we didn’t get a bigger Democratic majority. That actually was not the point I was making.”

Check out the interview below.


Barack Obama Clarifies Defund Police Statement: “That Actually Was Not The Point I Was Making”
was originally published on
hiphopwired.com