Bermuda is different from other Caribbean islands. It doesn’t have an indigenous culture. The island’s culture is derived from a brilliant mosaic of African, Portuguese, and British influences. This is even more evident in the local food culture. Many people would tell you that Bermuda doesn’t have a distinct cuisine, everything is just someplace else just like the people, but that isn’t the case. It has a unique taste taking something from all of the cultures of the island that separates it from others in the Caribbean.

There is a culinary renaissance happening on the island right now. Locals are taking advantage of their green wealth and creating new food businesses around the island. Local talent is taking advantage of the abundance of rich natural elements sourced from the surroundings and are transforming them into experiences. Entrepreneurs are opening more restaurant choices for tourists and locals. From the popular fried fish sandwiches from the Woody’s Sports Bar by the water to pick up some savory barbeque from Big B’s Barbeque, native-born chefs are showcasing their skills and turning them into lucrative business ventures. The thriving food scene isn’t only limited to traditional restaurants either. Eettafel is a boutique events company that specializes in designing unique food experiences, including luxury picnics at sunset started by local artist Lizzy Blankenda. 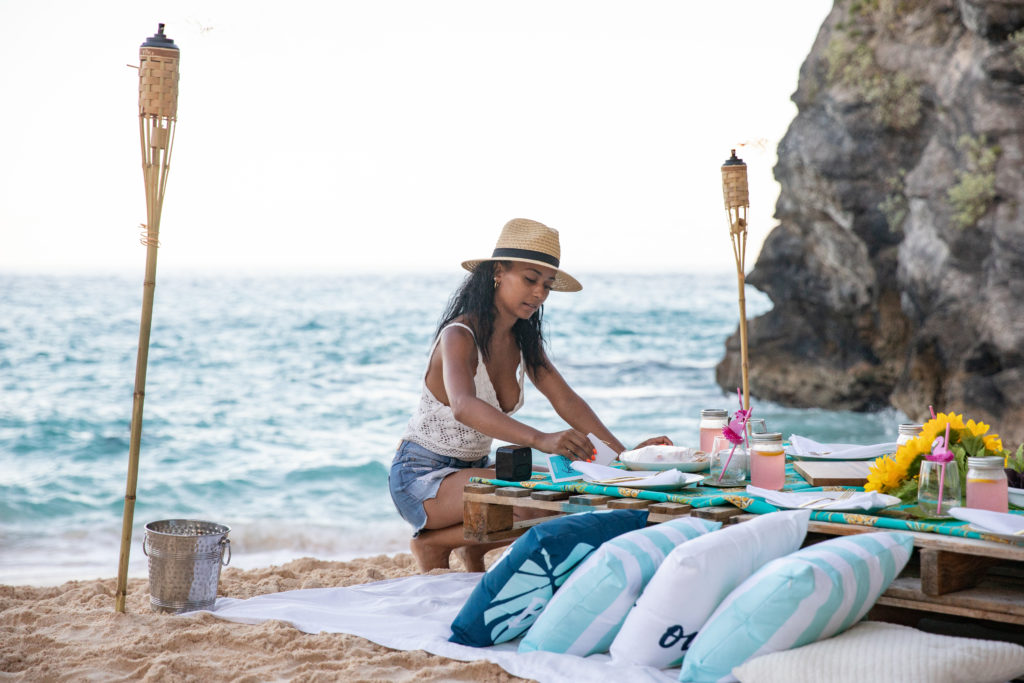 Bermudian food is a blend of all its cultures with its individuality. The island has an abundance of rich ingredients ranging from rare herbs to exotic fruits that offer a different kind of vibrancy to its culinary style. The history of the island can be seen in locally grown foods cooked daily in households from cassava, Suriname cherries, and loquats.

“It speaks to the growth and natural progression of the island as a whole,” says Teneika Eve, senior culinary arts lecturer at Bermuda College and local food expert. “Cassava is so universally. I can imagine it was the first sophisticated dish they had [in the past]. Today you can have cassava farina pies. You’re going to find more extravagant versions of it.” Almost every type of vegetable grows on the island. It’s normal to see fruit and vegetable plants growing in someone’s yard. Bermuda’s fertile soil and thriving gardens offer a bounty of fresh vegetables, fruits, and herbs to locals to collect and put in their dishes.

The island may not be as popular as other Caribbean cuisines but they are looking to change that narrative. For this year’s Restaurant Week, it was about celebrating the African heritage of the island just before the start of Black History Month here in the U.S.

Bermuda Tourism teamed up with Top Chef star Eric Adjepong to create a three-course style menu that was inspired by the island’s African Diaspora for the Heritage Dinner during Restaurant Week in January. Last summer, Chef Adjepong traveled down to Bermuda to begin researching local ingredients, visiting farms, and meeting with local food experts to learn more about the African history of the island. Slavery officially ended in Bermuda 1834, twenty years before the United States. The island became known as a safe haven for enslaved African looking for freedom as they were allowed to contest for their release once a ship docked in their pier. “People kept saying that visitors weren’t interested in our history and that’s not true. Yes we have our beaches [but] we have such a rich part in the history,” says Kristin White, Bermudian tour operator who met up with chef Adjepong on his trip. “[African Americans] don’t realize the close ties between the close ties between [us and the United States] and that we are such a rich part of the [African] diaspora.” 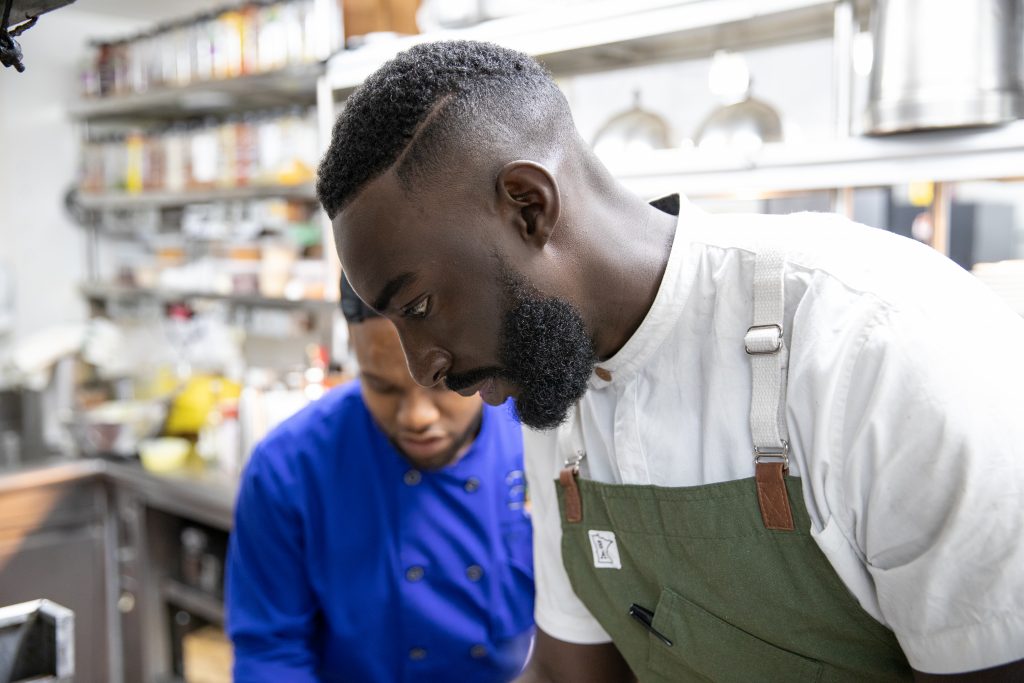 Eric Adjepong is known for using his West African heritage as an influence for dishes and his culinary storytelling abilities are what made him the ideal choice to work with tourism authority to create distinctive meals that would celebrate the island’s African lineage.

“The one thing that surprised me was the abundance of the amazing product that grows naturally on the island. From wild hibiscus, nasturtiums, and coconut, I was shocked that these items weren’t used more in everyday cooking.”

His heritage menus include everything from a deconstructed version of Bermuda’s famous fish sandwich on freshly baked cinnamon crisp bead, fresh lobster salad, and a savory rib eye paired with local cassava pave and carrots – all ingredients reflective of the island’s beautiful food diversity and African lineage.