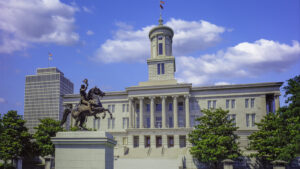 A new Tennessee bill passed in the House Thursday that would require social studies curriculum for students in fifth to eighth grade to include Black history.

The approved legislation now heads to the state Senate, led by Senate Democratic Caucus Chairwoman Raumesh Akbari of Memphis, who is sponsoring the bill.

According to HB 2106, instruction of Black history and culture would be mandatory in grades 5-8 curricula, as well as the contributions to the development of the county made by Black people. The Tennessee Department of Education would also include “multicultural diversity when developing frameworks” to be taught to students in each respective grade.

The bill would not come into effect until the 2025-2026 school year and thus not increase the cost of this year’s budget.

“The intentions of this legislation [are] to be narrow, focused, and specific. These are crucial times in transitional years for our students,” said Rep. Hakeem to the chamber when presenting the bill on the floor on Thursday. “So it is crucial that they learn about and explore Black history at an age where they can digest the information.”

Last year, the bill was killed due to GOP-majority lawmakers. However, that urged Rep. Hakeem, one of two Black legislators in East Tennessee, to work with his counterparts to make the passage of the bill possible.

“Members on the Education Committee had an excellent discussion about our American values and shared history,” Rep. Akbari said in a statement. “I’m optimistic my colleagues will all find worth in clarifying which grade levels engage more prominently with Black history.”

Rep. Hakeem is also hopeful the bill will make it to President Biden’s desk.

“I think it says something about our legislature that they look, I guess, at the manner in which I put forth the bill,” he said. “I sought and received input from both sides of the aisle on this bill. And with God’s help, the grace of God, they saw fit to move this bill forward.”