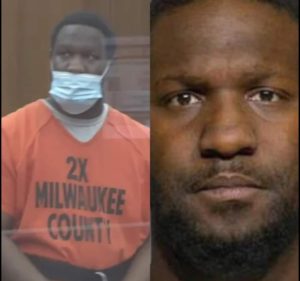 A father of four in Milwaukee, Wisc. named Travis Stackhouse killed his 5-year-old son over a slice of Father’s Day cheesecake.

On Tuesday, Stackhouse was sentenced to stay behind bars for 20 years. He will also face eight additional years of extended supervision, per FOX6’s report. In May, Stackhouse pleaded guilty to several felony charges which included “second-degree reckless homicide, neglecting a child, and child abuse-intentionally cause harm.”

The disturbing incident dates back to June 2019, when police officers discovered the dead boy, Sir Ameer Stackhouse, after they were dispatched to a home. The child’s caretakers first told authorities that the child “fell down the stairs.” However,  the child’s injuries were not in line with the explanation. Stackhouse later said that he punched “his son in the stomach” and struck him in the face, because he ate his cheesecake, according to Fox 6.

“The average person that hears about this case can’t understand how you would beat or punch any living human being as badly as you did in this case — let alone your own child,” Judge David Borowski said to him during Stackhouse’s sentencing, per Fox 6’s report. “How you can live with yourself ever for a day — I don’t understand.”

According to The Milwaukee Journal Sentinel, Stackhouse’s admitted to striking his son’s face “with the back of his hand.”  He reportedly decided to go out “to a bar with his friends until about 2 am.” Upon returning, Stackhouse’s girlfriend decided to call 911.

Paramedics pronounced the “child dead on the scene.” The child sustained serious injuries such as a “ruptured stomach, bruised kidneys and a torn adrenal gland.” Abdomen trauma caused his demise, per the Milwaukee County Medical Examiner’s Office’s determination.

In another report, The AP noted that Stackhouse “agreed to plead guilty to second-degree reckless homicide, child abuse and child neglect,” after the completion of two days of testimonies provided by the state’s witnesses.