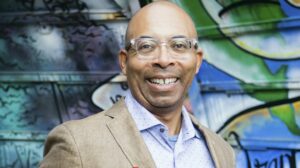 Black tech entrepreneur Bill Spruill turned his employees into millionaires when he sold his startup Global Data Consortium for an undisclosed amount.

Axios reported the North Carolina tech company was sold to the owner of the London Stock Exchange. The financial details have yet to be disclosed, but Spruill described the amount as a “Bronto-level transaction,” which NetSuite bought for $200 million in 2015.

When Spruill started the Global Data Consortium he was only able to raise $5 million from investors, which left most of the company’s equity in the hands of its employees. Spruill and Data Global co-partner Charles Gaddy made sure the employees had enough equity to receive significant payouts.

The sale has turned more than 20 of the company’s employees into millionaires and Spruill will step down as CEO to focus on boosting minority talent in tech. In 2020, Spruill led a campaign to get more of Raleigh’s tech scene to place their case reserves with Black-owned banks, including M&F Bank, one of the oldest Black-owned banks in the country.

The tech industry is still overwhelmingly white and male today, but Spruill and others have been pushing to add diverse talent to some of the largest tech companies. Apple, Amazon and Microsoft have all started HBCU partnerships to get more young Black people into the tech industry.

Cities in the South, including Raleigh and Atlanta, are turning into diverse tech hubs. They provide space, a lower cost of living, and improving infrastructure than long-standing tech hubs such as New York City.

Crew flies to Florida ahead of launch to International Space Station