Founded in 2017, Black Women Talk Tech is a collective of black women tech founders created by Esosa Ighodaro, Lauren Washington, and Regina Gwynn. In addition to showcasing the brilliance of black women in tech, the summit aims to empower attendees to build the next billion-dollar business and reshape the idea of what the face of a tech founder looks like.

“If I was to ask [someone to] name a black woman tech founder, many people could not name one,” Ighodaro told BLACK ENTERPRISE before the conference. “Or, if I asked you to name a tech founder in general, most people would name Bill Gates, the late Steve Jobs, Mark Zuckerberg, Peter Thiel. All of these people are white men.” 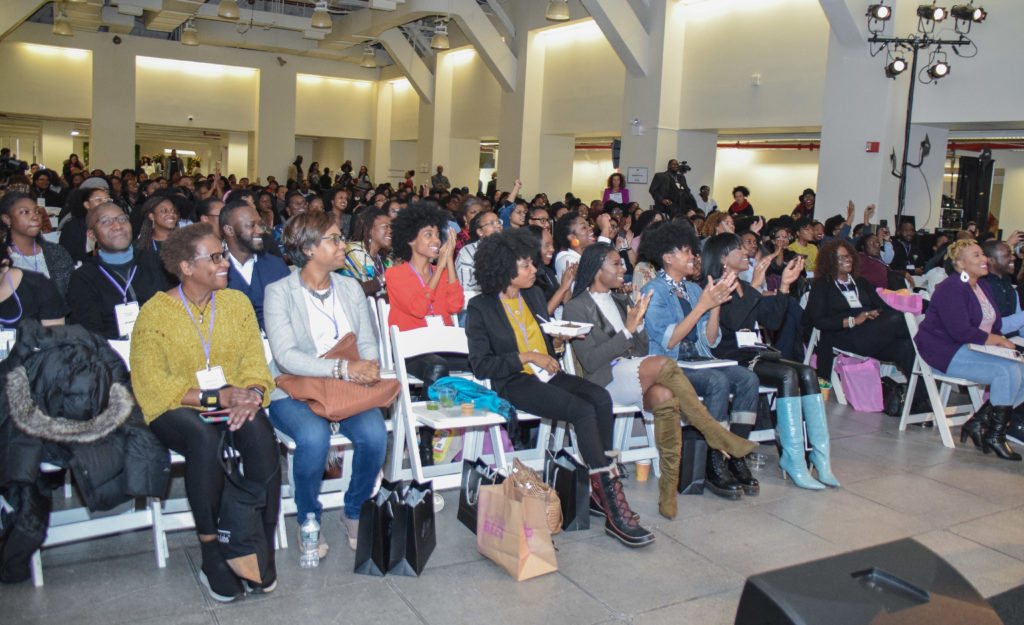 The three-day conference kicked off with a retreat that included a dance exercise, a panel for women about balancing romantic relationships and their careers, and a session on conquering anxiety. BWTT continued on Friday with workshops, tech-oriented talks, and panels featuring black women innovators, creators, and business owners. During a session titled “Money In The Bank: Scaling Your Operations with Acquired Funding,” Kristina Jones revealed that she and her husband, James Jones Jr., Esq., stepped down from their leadership roles at Court Buddy, a legal tech company that they founded in  2015.

“I had to come to the realization that I’m going to be a serial entrepreneur. Court Buddy is just my first business,” Jones told the audience. “I learned so many things to this point that I’m going to put into the next business.”

Even though Court Buddy successfully raised $1 million in a seed round followed by $6 million in a Series A round in 2018, Jones told BLACK ENTERPRISE that they parted ways with the company in order to pursue other entrepreneurial endeavors and passion projects, including a children’s book for young people who are grieving from the death of a loved one.

“People know me as being the 14th woman to raise over a $1 million for a tech startup. And I thought it was really important for the audience to know that you are not your company. You can live beyond your company,” she said. She added that she and her co-founder decided to hire a new CEO and new senior management to push the company forward. “It was my first company and I learned so much building Court Buddy. It will still be part of my story.” 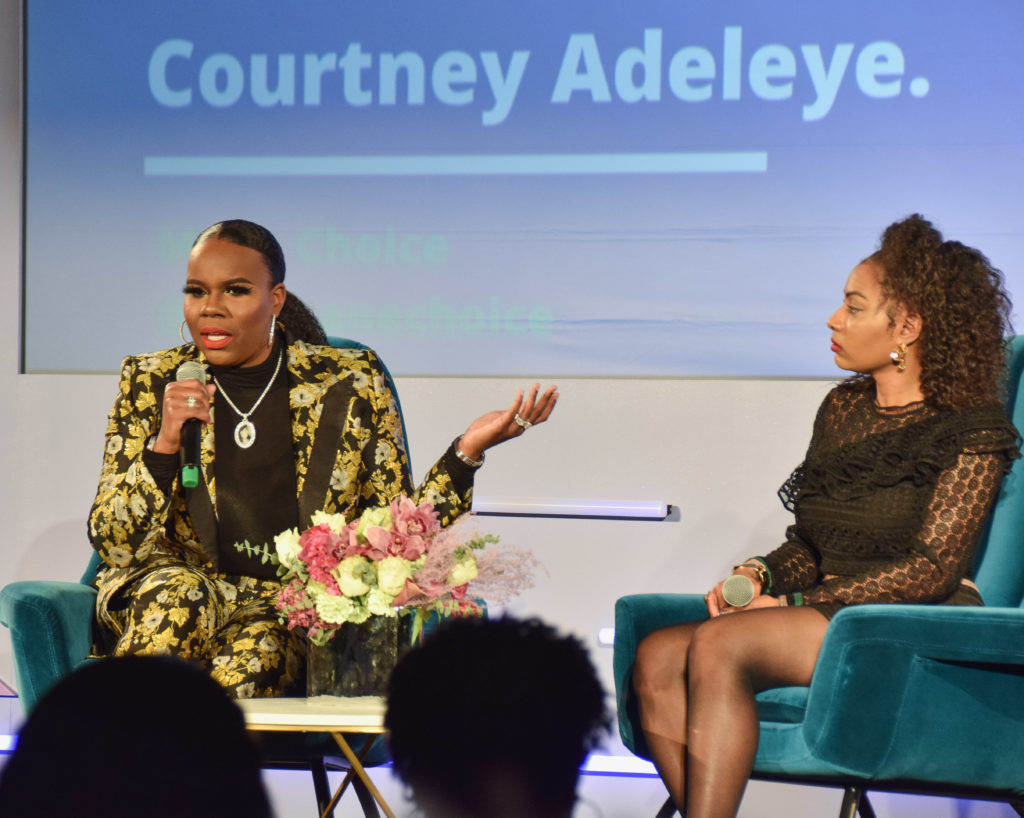 On Saturday, Courtney Adeleye, the founder of The Mane Choice Hair Solutions, opened day three of the conference with a fireside chat about how she turned the hair products she whipped up in her kitchen into a multimillion-dollar hair empire in just a few short years. “I went from investing my own $500 to $100 million in sales without one line of credit, without one credit card,” said the hair mogul.

Meanwhile, there was just as much action going on behind the scenes of the conference as there was on the mainstage. Backstage, BE caught up with Bria Sullivan, a Google mobile-app developer and tech founder who made headlines last year when she criticized companies in Silicon Valley for hiring “the whitest black candidate” during a podcast interview. However, she says her comments were blown out of proportion.

“It was definitely taken out of context and made to sound a lot worse,” she said. “It hurt because my entire platform is positivity and I do a lot of work for black startup founders, black engineers, Latino engineers.” She added, “It was very hard to figure out why someone would try to ruin the positive things that I’ve done.”

On the other hand, she says her remarks “started a lot of positive conversations” and forced tech companies to hire black and brown employees from a variety of backgrounds outside of the same few elite schools that they tend to recruit from. 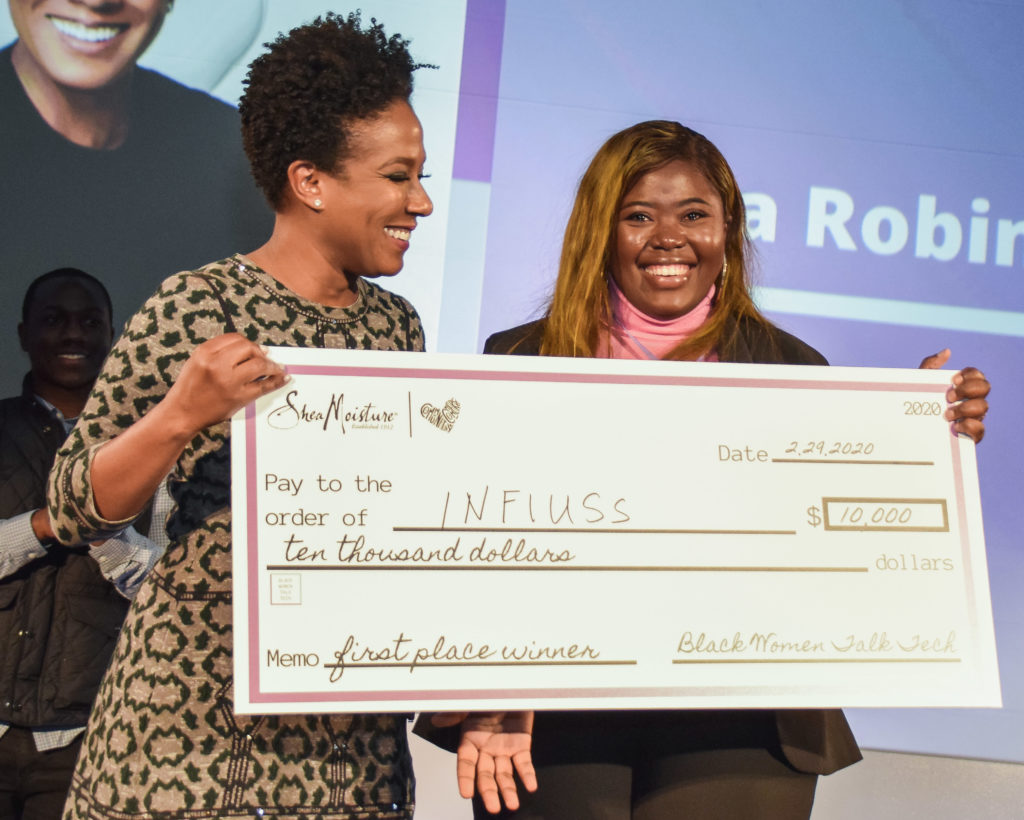 Cara Sabin, CEO of Sundial Brands, with the winner of the pitch competition, Melissa Bime, founder of INFIUSS

Although she wasn’t part of the speaker line up, Arlan Hamilton, an investor and the founder of the venture capital fund Backstage, told BE “it’s about damn time” for black women to have a seat at the table in tech.

“Black women make up only 0.2% of all venture funding right now. So that funding that is needed to stem and support growth is going everywhere but to us,” she said.

“It’s our time. It’s something that we not only deserve: if we do better, the rest of the country does better.”