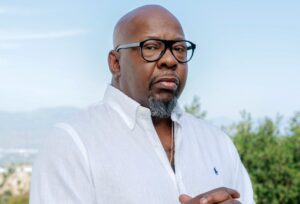 Bobby Brown has been having a recurring dream and it’s a beautiful one.

“I always see them at beaches or in fields,” Brown tells PEOPLE in this week’s issue of his late children, daughter Bobbi Kristina and son Bobby, Jr., who died at ages 22 and 27 in 2015 and 2020, respectively, both as a result of drug abuse.

He continues, “They’re running away, but they’re laughing. And they’re always together. I didn’t have many dreams about Bobbi Kris before Bobby Jr. died. But then all of a sudden — floods of dreams.”

The 53-year-old rhythm and blues music star is opening up to PEOPLE ahead of the release of his new A&E docu-series Biography: Bobby Brown, premiering May 30. The two-part series delves into his tumultuous life and times, including his battle with addiction, his ill-fated marriage to superstar Whitney Houston, as well as his deepest sadness: the loss of his two children.

On Jan. 31, 2015, Bobbi Kristina was found unresponsive in a bathtub with a mix of drugs in her system, eerily similar to the manner in which her mother Whitney Houston was found inside her Beverly Hills hotel room in 2011. Bobbi Kristina died that July after spending months in a coma.

Bobby, Jr., Brown’s son with ex Kim Ward, suffered an overdose of alcohol, cocaine and fentanyl and was found dead inside his Los Angeles apartment on Nov. 18, 2020.

“No family, no father should have to go through this,” says Brown, who with the help of wife Alicia Etheredge, has made it his new mission to speak out about the dangers of drug abuse, particularly fentanyl.

Bobbi Kristina and Bobby, Jr. “were both musicians and loved to sing,” says Brown. Born just four months apart, “Their relationship was tight. They’d get into their little tiffs but they were thick as thieves.”

The pain of losing them is something he’s still grappling with today.

“I’ve cried, but not how I want to. I really want to just scream to the top of my lungs and cry, but it’s just not there.”

Brown, who is sober and in therapy, says his remaining children, including Landon, LaPrincia and his three youngest with Etheredge, Cassius, Bodhi and Hendrix, help him get through his darkest days.

Read the full story at PEOPLE.