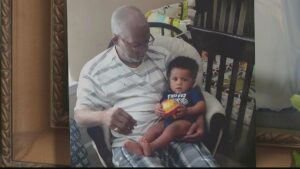 Police have released the bodycam footage that captured the moment cops fatally shot a 68-year-old man whose family says he was just responding to a burglary.

Charles Calhoun was shot and killed by police on March 23 after officers claim he pointed a gun at them and wouldn’t drop it despite being told to, AJC reports. On Friday, Calhoun’s family held a press conference asking for transparency during a thorough investigation.

The family says Calhoun heard a noise outside his home and was responding to a possible burglary when officers, who allegedly did not announce themselves, arrived at the scene. The grieving family says Calhoun only fell in the street due to lingering effects from a bad bout of COVID-19 and would never point a gun at law enforcement, as noted by CBS 46.

“When you’re concerned that there’s a burglar that is approaching your home, you don’t know who’s who and what’s what. It’s a confusing time,” The family’s attorney, Mawuli Davis said.

Clayton County police say they were responding to multiple 911 calls about a man with a gun moving suspiciously around homes in Jonesboro just before 5:30 a.m. One caller claimed to have heard a gunshot, which prompted officers to follow department protocol and take out their rifles.

Officers claim to have seen Calhoun moving around the neighborhood with a large gun. At one point, he’s accused of pointing his gun at one of the officers which prompted one officer to fire his rifle shooting Calhoun at 5:52 am.

Police rendered aid to Calhoun until paramedics arrived. However, Calhoun was pronounced dead shortly after 6:01 am, officials said. Calhoun’s family is taking time to review the footage before releasing an official response.

“It is unfortunate that the Clayton County Police Department elected to release this information without arranging to meet with the family first,” a statement from the family said. “In the coming days, the family will review the video posted on YouTube and issue a public statement.”