Leaders across education and business came together Wednesday to share memories while honoring the life, memory, and legacy of BLACK ENTERPRISE Founder Earl G. Graves Sr.

They spoke to the natural-born leader and trailblazer Graves was throughout his life and career and how it helped shape future generations and advanced African Americans nationwide. A video tribute highlighted leaders who touched on Graves’ dedication to ensuring major corporations were “aware and compassionate” to the Black community.

Rev. Richardson touched on the two years it took to properly pay tribute to Graves and how those who knew and loved Graves were “holding” their grief “because the pandemic held us.”

He praised Graves for how he “expanded the horizons of our people and brought sense and justice to our community,” by “fueling” social justice organizations like the National Action Network, NAACP, and National Urban League with his “resources, vision, and participation.”

BLACK ENTERPRISE CEO Earl “Butch” Graves Jr. was overcome with emotion while honoring his father and speaking about the leadership and manhood he instilled in him and his two brothers, Johnny and Michael Graves.

University President Wilson shared Graves Sr’s consistent commitment to supporting him while also holding him accountable to ensure his alma mater was led properly. Graves was a mentor, supporter, and friend to Wilson due to his love and dedication to Morgan State.

Wilson shared a story where Graves encouraged him to purchase tables at industry events because of the importance of networking.

“It’s so critical to the elevation of Morgan and I know you cannot use state dollars to elevate this institution’s future,’” Graves Sr. once told Wilson while handing him a personal check to go toward the school’s advancement.

“I’m forever grateful not just for the example of leadership, but for his refusal to simply be ordinary,” Wilson said.

BLACK ENTERPRISE Executive Vice President and Chief Content Officer Derek T. Dingle shared his personal experience of being hired on the spot 39 years ago and the father figure Graves became to him.

“He was very demanding and expected the highest standards. But at the same time, he required that we show that world our brilliance because he knew that we were the top of the line,” Dingle said.

Dingle recalled how Graves gave his staff the opportunity to document some of the most groundbreaking moments in history at a time when mainstream media didn’t think Black journalists were capable.

“He did it all with his unshakable optimism,” Dingle said.

Grand Keeper of Records and Seal at Omega Psi Phi Fraternity, Inc. Mark Jackson explained how Graves Sr. applied the organization’s principles in everything he did and represented after his initiation on December 10, 1954.

Graves’ dedication to his fraternity brothers remained throughout his life and elder years, with the media mogul making time even in his ailing health to meet with young Omega members and offer them mentorship and guidance.

“Omega was near and dear to his heart,” Jackson said.

“There was an awful lot to Earl,” Robinson said. “All of us who knew him and loved him miss him.”

Ron Williams, RW2 Enterprises CEO and former Aetna Inc. chairman and CEO, was also overcome with emotion. He recalled Graves Sr’s commitment to supporting him in becoming Aetna’s first African American CEO in the company’s 200-year history in 2006, as noted by The History Makers.

“A company that once reimbursed slave owners for financial losses and I was the President because of Earl,” Williams said through tears.

Williams said Graves would continue to be a resonant voice during his time leading the company. “Always be a strong voice in the boardroom for people of color,” he would tell Williams. “Make sure the company’s spending is reflective of all the customers it serves.”

The memories and words of tribute helped paint a picture of the true leader Earl G. Graves Sr was in life—and the honorable legacy he leaves behind. 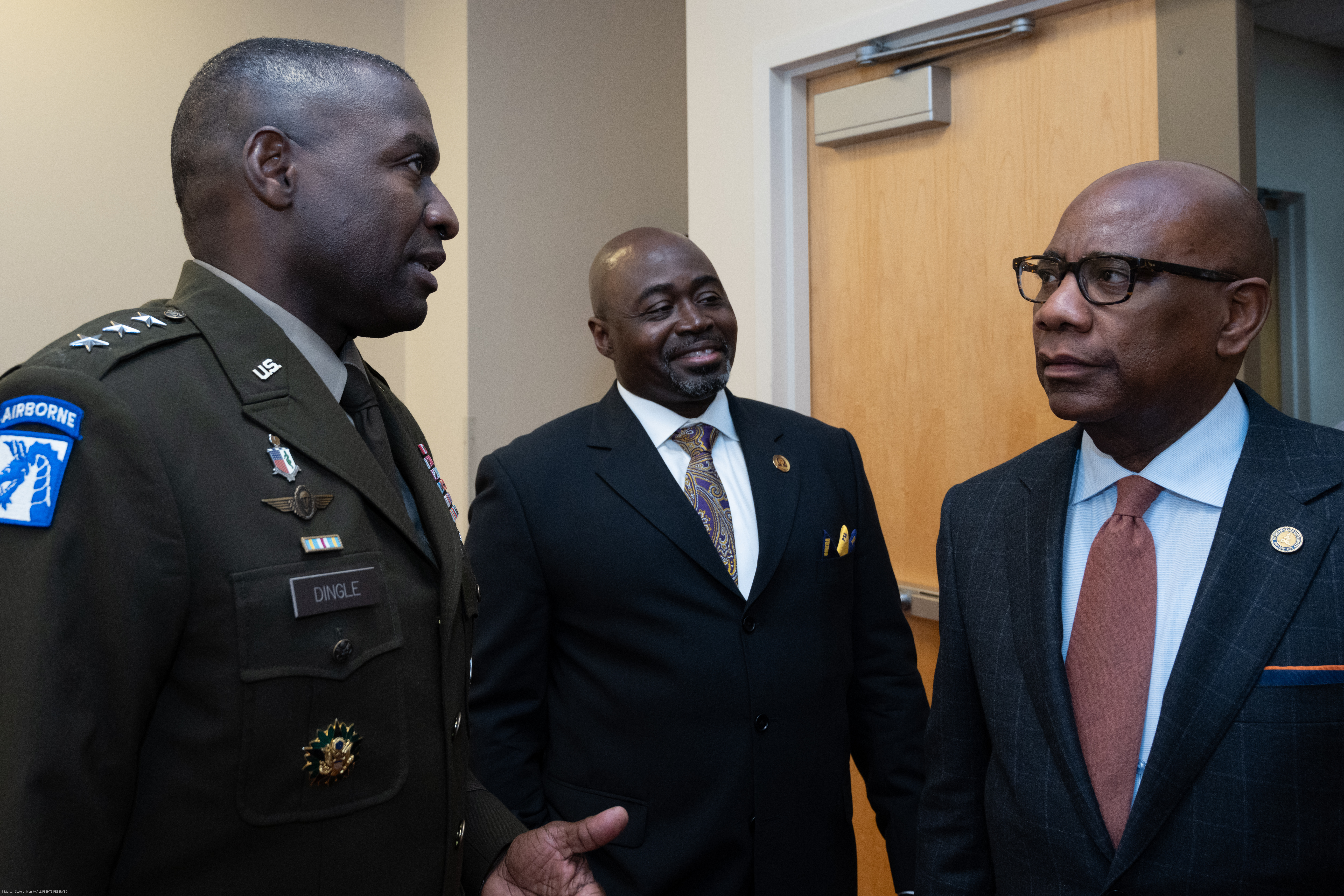