Another damning testimony aimed at disqualifying the defense’s theory that George Floyd died of a drug overdose took place during the Derek Chauvin murder trial on Thursday.

Prosecutors relied on the testimony of Dr. Martin Tobin, a pulmonary specialist at the Edward Hines, Jr. VA Hospital and Loyola University’s medical school in Chicago, who told jurors that Floyd died from lack of oxygen to the brain, caused by Chauvin’s decision to kneel on his neck for almost nine minutes and Floyd’s positioning on the ground.

Tobin used intricate graphics to back up his assessment, stating that Chauvin kept his knee on Floyd’s neck for an extended period of time, past the point where his body lost oxygen.

Dr. Tobin, a physician who is a renowned expert on pulmonology testifies that George Floyd died of a low level of oxygen.

The shallow breathing resulted from Floyd being prone on the street and handcuffed, with a knee on his neck and back and an arm at his side, he says pic.twitter.com/3EbiCXXFyV

Though Floyd lost all of his oxygen at approximately 8:25 on May 25, Chauvin continued to kneel on his neck for another three minutes, according to Tobin’s testimony.

Dr. Tobin says he was able to calculate that George Floyd lost all of his oxygen at 8:25:41 p.m. on May 25, 2020, but Chauvin’s “knee remained on his neck for another three minutes and two seconds after we reach the point where there’s not one ounce of oxygen left in the body.” pic.twitter.com/4JciatNdYe

Tobin told jurors that because of Chauvin’s positioning, placing his full body weight on Floyd’s neck, the ability to breathe became nearly impossible, and likened it to attempting to breathe through a straw.

“The toe of his boot is no longer touching the ground, this means that all of his body weight is being directed down at Mr. Floyd’s neck,” testified Dr. Tobin. This visual presented during court says a lot. #DerekChauvin pic.twitter.com/D9xfAGim5V

According to eyewitness accounts, jurors began touching their necks, clearly resonating with Tobin’s intense description of what transpired.

Tobin’s testimony also dismantled the defense’s use of photos taken which show five minutes into the confrontation where Chauvin was captured kneeling on Floyd’s shoulder blade. At one point Tobin stated the position of Floyd’s hands and knuckles indicated he was using them in an attempt to breathe.

Lastly, one of the most important parts of Tobin’s testimony was where he said fentanyl did not cause Floyd’s death.

Dr. Tobin testifies in Derek Chauvin trial that George Floyd’s respiratory rate indicates that fentanyl was not the cause of his death. pic.twitter.com/LQ6paL8bR1

Even though the world watched Floyd’s death, remaining triggered by the horrific imagery, Tobin’s testimony added another layer of difficulty for the defense whose case stands on the narrative that Chauvin’s use of excessive force was not a factor in Floyd’s death.

Forensic pathologist Dr. Lindsey Thomas testifies that the cause of George Floyd’s death was law enforcement subdual, restraint and compression and the manner of death was homicide. She then dismisses defense counsel’s irrelevant hypotheticals. pic.twitter.com/QLSbvanPjW

‘He died because he had no oxygen left in his body’ — Police surgeon Dr. Bill Smock testified that George Floyd died from a lack of oxygen during the Derek Chauvin murder trial pic.twitter.com/VRlFMGVwgQ

Dr. Tobin says he was able to calculate that George Floyd lost all of his oxygen at 8:25:41 p.m. on May 25, 2020, but Chauvin’s “knee remained on his neck for another three minutes and two seconds after we reach the point where there’s not one ounce of oxygen left in the body.” pic.twitter.com/4JciatNdYe

LAPD Sgt. Jody Stiger testified he did not find George Floyd posed a threat to officers’ safety when handcuffed on the ground, while the defense questioned him about how a “reasonable police officer” might have responded. https://t.co/wlRD2qQuT5 pic.twitter.com/V0fke8eHk2

Minneapolis police chief testifies some of ex-officer Derek Chauvin’s actions at the scene of George Floyd’s arrest were not “by policy, not part of our training and it is certainly not part of our ethics or our values.” https://t.co/hQ041CegJ3 pic.twitter.com/9nAMw3yBJQ

Derek Chauvin’s supervisor David Pleoger was just asked his opinion on when the restraint of George Floyd should have ended:

“When Mr. Floyd was no longer offering up any resistance to the officers, they could have ended their restraint.”

Courteney Ross, George Floyd’s former girlfriend, takes the stand on Day 4 of Chauvin trial and recounts the first time she met him.

She was upset while waiting in a lobby. Floyd asked what was wrong and said “Can I pray with you?” pic.twitter.com/YWcAuIfyUY 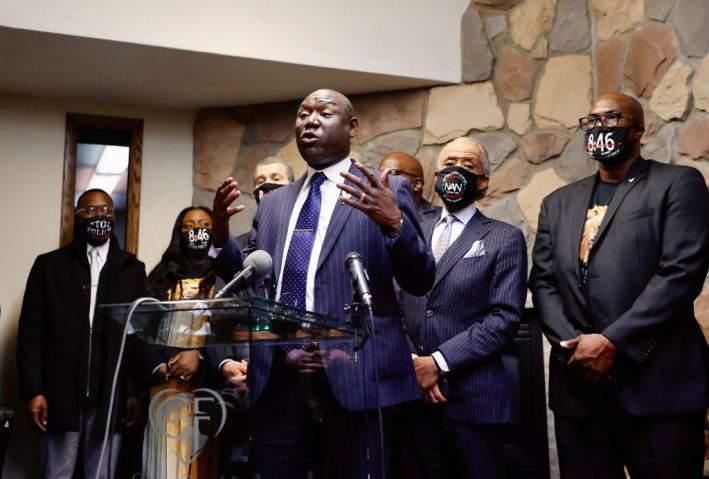 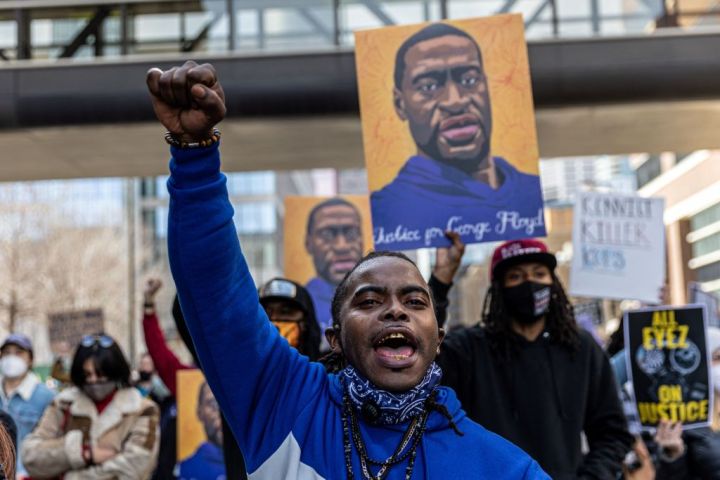 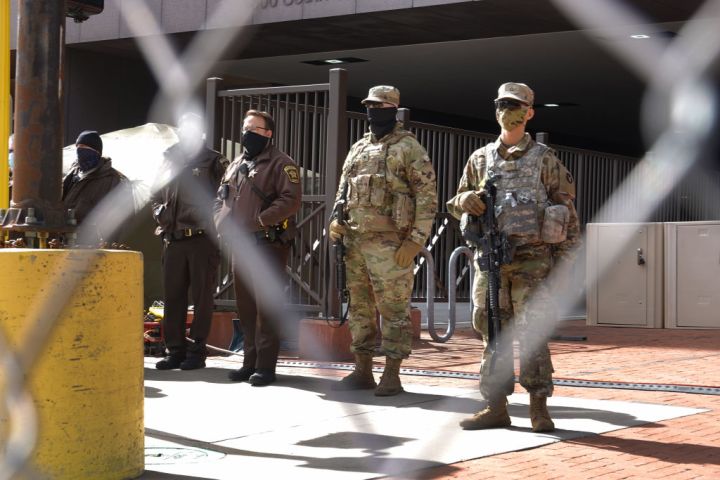 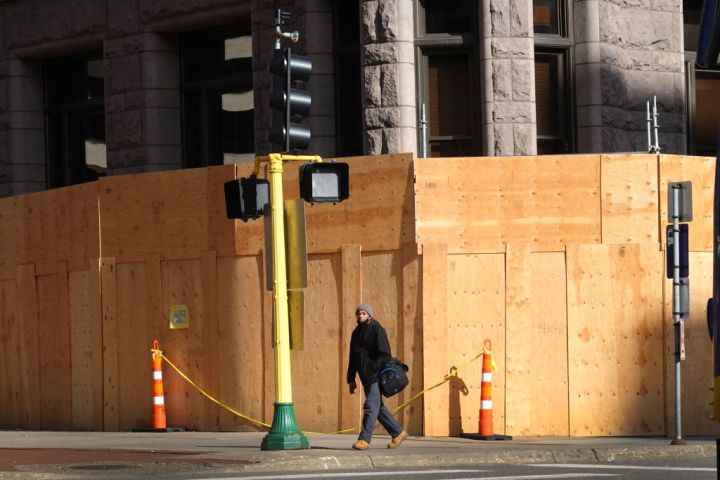 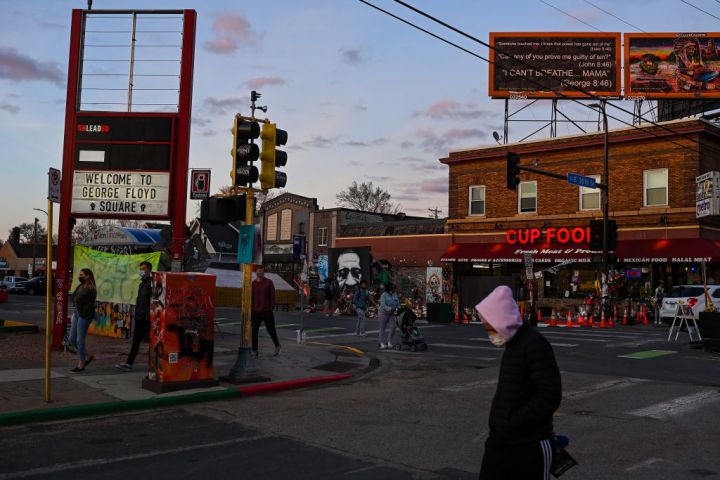 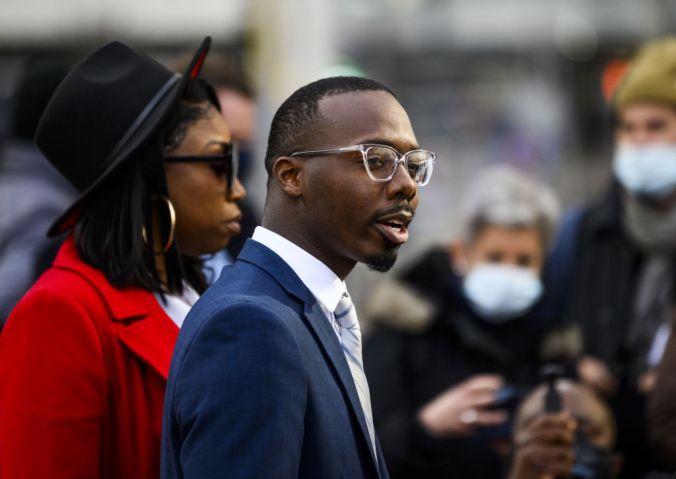 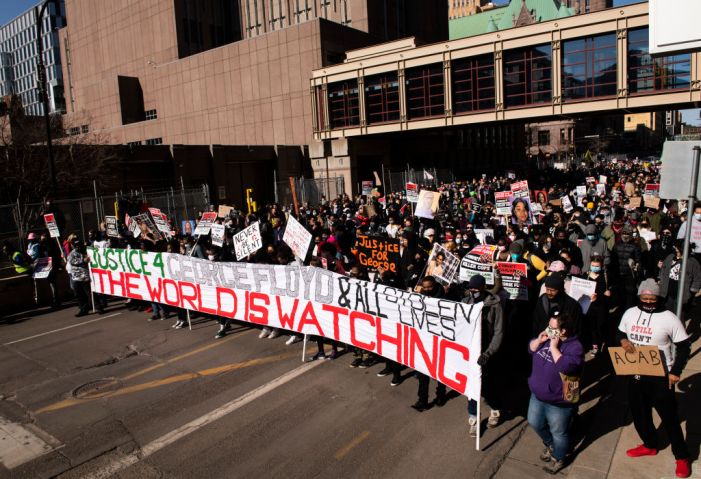 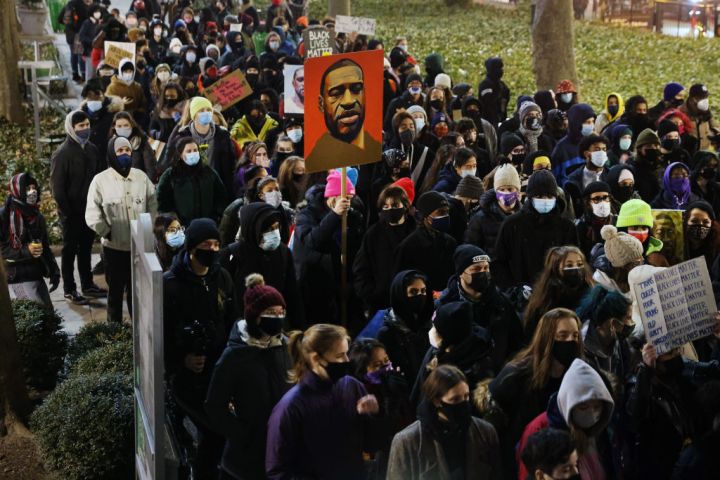 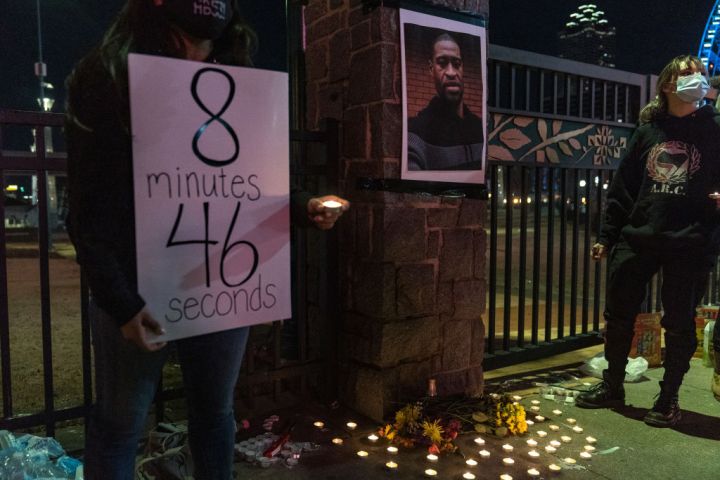 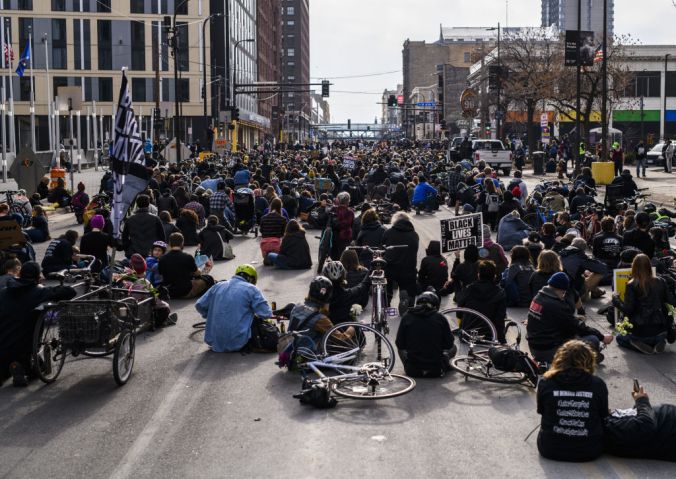 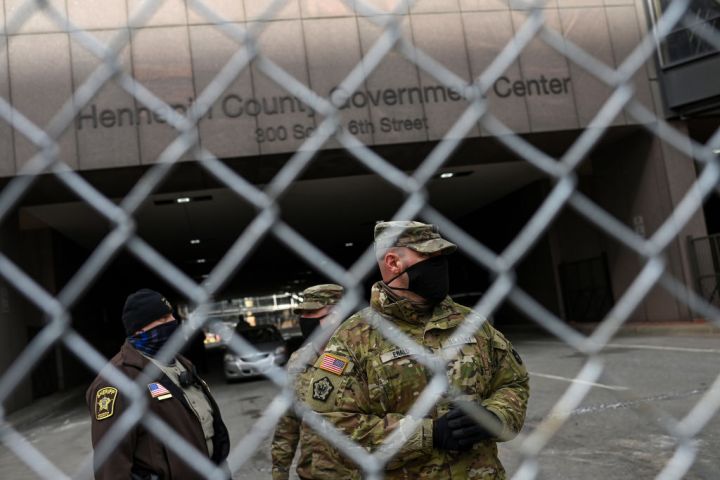 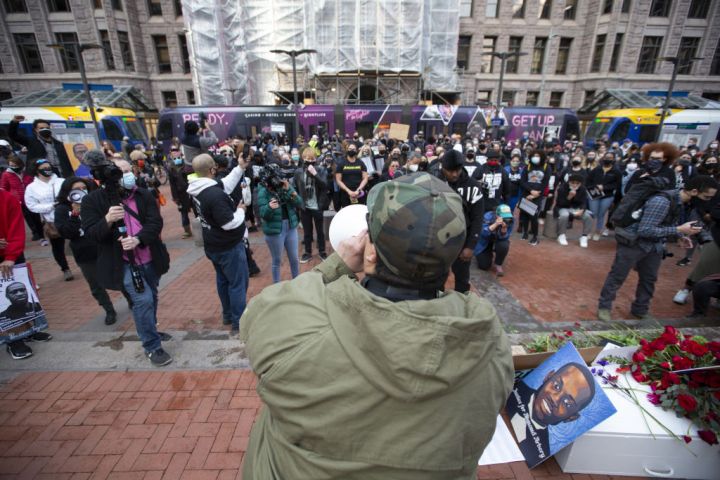 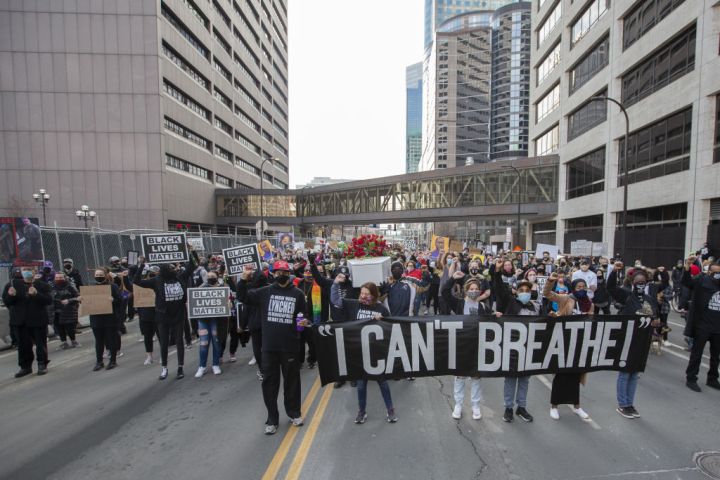 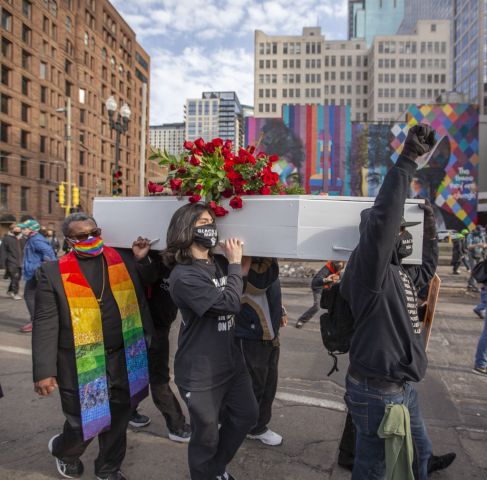 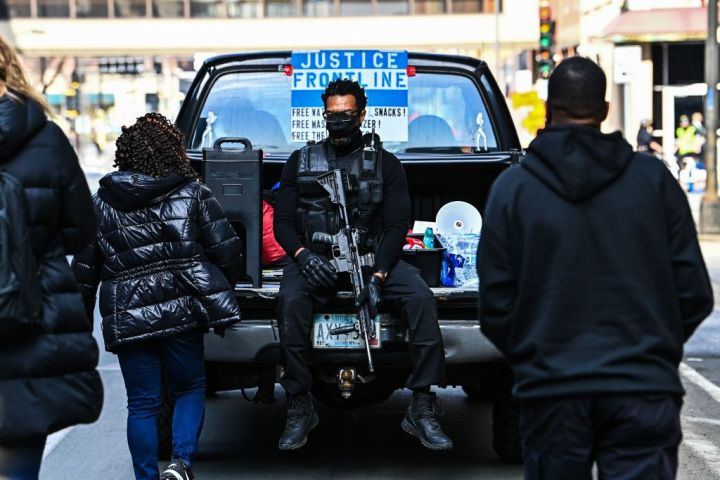 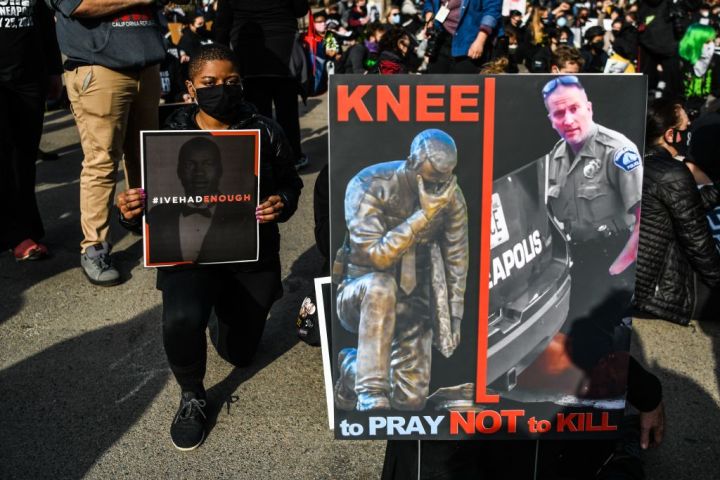 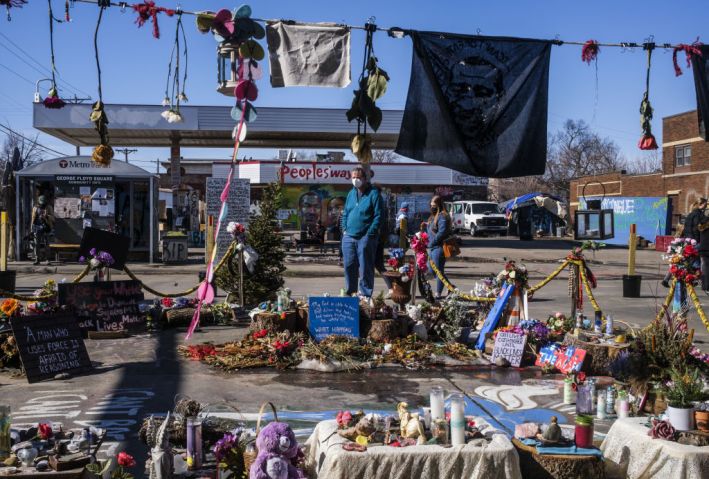 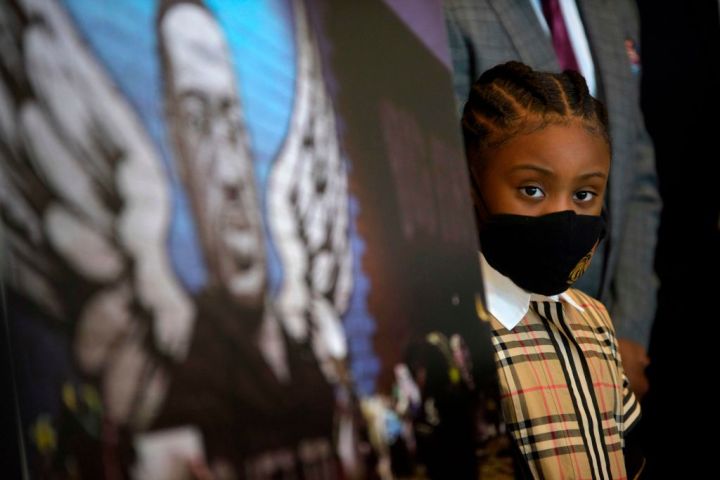 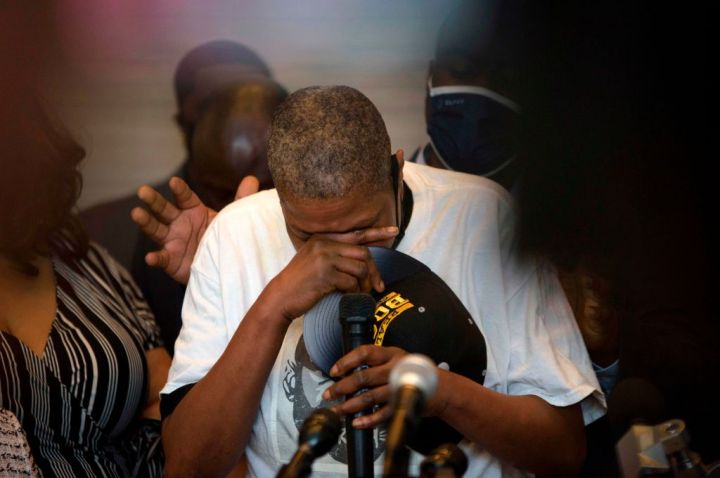 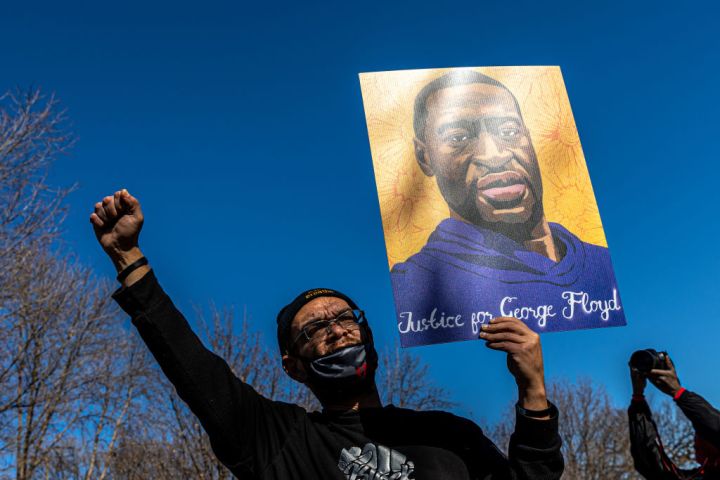 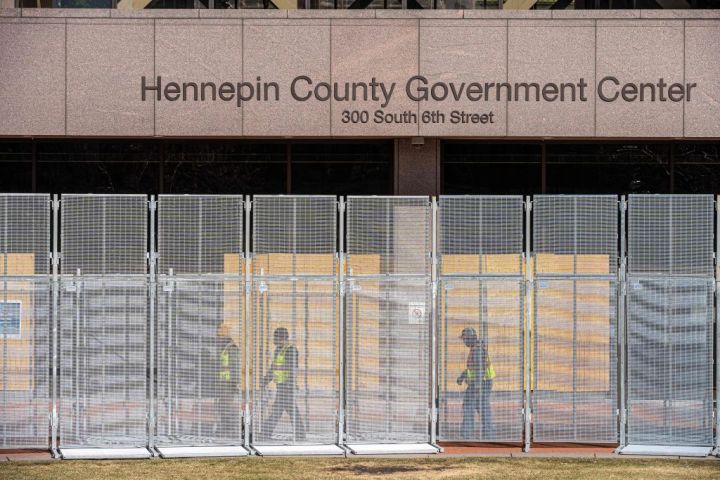