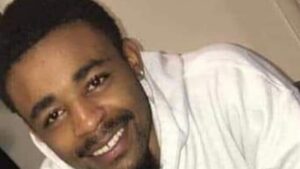 The family of 19-year-old police shooting victim De’Von Bailey is set to receive nearly $3 million from a civil lawsuit settlement related to his death.

On Tuesday, the Colorado Springs City Council approved the $2.97 million settlement and called for anti-bias training for the department’s police officers, NPR reports. It comes two and a half years after the August 2019 shooting that sparked a series of local protests against the use of excessive police force.

Bailey and his friend were approached by officers and questioned about a nearby armed robbery. Bodycam footage shows Bailey running as he was about to be searched before an officer could be heard yelling “Hands up!” three times before firing his weapon. Bailey’s cousin was later acquitted in the alleged robbery.

Neither cop involved with the shooting was charged, and both still work on the force.

“Nothing in this nightmare could ever make what happened to my son ok or justifiable,” Greg Bailey, De’Von Bailey’s father, said.

“There is no amount of money that will bring him back. He was running away, and they shot him in the back like an animal. I miss De’Von every day.”

While addressing the settlement, Mayor John Suthers and the Colorado Springs Police Department both said the payout does not reflect wrongdoing from the police, KKTV reports.

“It is important to note that in the conduct of the civil case, neither the judge who mediated a possible settlement nor the insurance adjusters assigned to the case suggested at any time that the officers acted unlawfully or contrary to department policy. Rather, the insurance carrier cited the ‘anti-law enforcement climate around the country,’ and much larger settlements in other cases in support of its desire to settle this case,” Suthers said.

Meanwhile, the Colorado Springs Police Department made sure to note that the shooting was found to be justifiable by the Department of Justice and FBI.