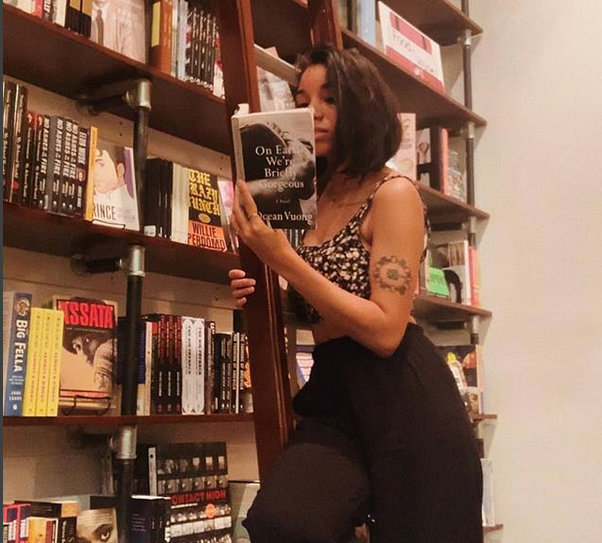 In 2016, Barnes & Noble closed its Bronx location in Baychester leaving the borough without any bookstores. For one Bronx native, she saw it as an opportunity for a new business venture based on a childhood passion of hers. Noëlle Santos always loved books. In October 2014, she joined over 3,000 protesters to try and save the borough’s only bookstore. (It was a bittersweet victory: B&N’s lease was extended for just two years.) This event served as the catalyst to start her own bookstore. Santos started a crowdfunding campaign on Indiegogo last year, which surpassed her goal of $100,000 in just five weeks. In April 2019, the Lit. Bar opened its doors in Mott Haven.

The 32-year old book enthusiast sees Lit.Bar as an opportunity to cater to a community often underserved in publishing. “It’s like Walmart Black Friday in here. Every day since [opening], it has not died down,” says Noëlle. “To see that support is a shock to me every day. I don’t take it for granted.” While she fills her shelves with a variety of popular fiction and nonfiction titles, Santos also focuses on pushing books with people of color and marginalized groups as the main characters. “It was important to me to not be the ‘black bookstore’,” she continues. “It’s important that it’s black-owned, but I made sure to have books not only for people of color but for people with disabilities, LGBTQ communities and the older generation.” says

As the Bronx deals with gentrification threatening to take over many of its neighborhoods, black-owned businesses like Santos’s show that Bronx natives aren’t going anywhere. “We need a used bookstore,” says Santos. “We need a children’s bookstore. We need a lending library. We need to support the libraries we already have. There’s room for so many more models.”