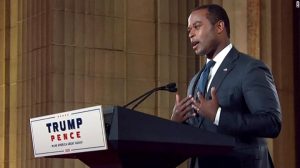 Kentucky Attorney General Daniel Cameron has asked for a one-week delay in the release of grand jury recordings in the Breonna Taylor case.

The release of the tapes was expected Wednesday after Jefferson County State Court Judge Ann Bailey Smith ordered the release of the recordings by noon. According to CNN, Cameron filed a motion Wednesday morning asking for the delay, arguing it’s necessary to protect the interest of witnesses, particularly “private citizens named in the recordings.”

Cameron’s office also said the tapes are more than 20 hours long and that it needed more time “to redact personally identifiable information of witnesses, including addresses and phone numbers.”

Cameron said last week that he would not release the grand jury transcripts because the situation was still under investigation by federal authorities. However, according to The Daily Mail, a juror said the jury was never given the option to indict the two other cops involved in Taylor’s killing and that Cameron misrepresented the case.

Cameron said in an interview with CNN affiliate WDRB Tuesday night that the grand jury could have considered other charges on its own.
“If they wanted to make an assessment about different charges, they could’ve done that. But our recommendation was that [Jonathan] Mattingly and [Myles] Cosgrove were justified in their acts and their conduct,” said Cameron, the first Black attorney general in Kentucky’s history.

The grand jury only brought charges against one of the three officers who fired shots into Taylor’s home. Former detective Brett Hankison was charged with three counts of wanton endangerment, a Class D felony, punishable with fines of up to $10,000 and up to five years in prison. The other two officers, Mattingly and Cosgrove, who fired the fatal shot, were not charged.

Cameron said he did not seek charges against Cosgrove because Taylor’s boyfriend, Kenneth Walker, a legal gun owner, fired the first shot.

“Ultimately, our judgment is that the charge that we could prove at trial beyond a reasonable doubt was for wanton endangerment against Mr. Hankison,” Cameron said.

The city of Louisville reached a $12 million settlement with Taylor’s family earlier this month. The settlement included an agreement by the city to enact police reforms, which include using social workers to provide support on certain police runs and requiring commanders to review and approve search warrants before seeking judicial approval.