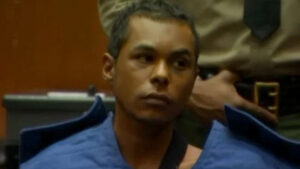 The man who attacked Dave Chappelle at The Hollywood Bowl several weeks ago has been arrested and charged with attempted murder in an unrelated incident prior to his assault on the comedian.

According to the Los Angeles County District Attorney’s Office, Isaiah Lee pleaded not guilty and is slated to return to court on June 2. He has been charged with stabbing his roommate during a fight on December 2 at a transitional housing apartment.

Gascon stated that all the publicity around the assault against the popular comedian led to assisting police officers in solving the incident involving Lee.

“The publicity generated by the attack on Mr. Chappelle helped police solve this crime,” Gascón said in a written statement. “The incident that occurred at the Hollywood Bowl was misdemeanor conduct and rightfully referred to the City Attorney’s Office. Based on the nature and severity of the December attack, Mr. Lee is now facing felony charges which my office will prosecute.”

Footage circulating on social media showed Lee charging onto the stage and tackling Chappelle as he was performing. The comedian was immediately dragged off by security, the videos showed. Police sources told ABC News that Lee, 23, possessed a gun-shaped knife when he was taken into custody.

That onstage altercation came a month after Will Smith stormed on stage and slapped comedian Chris Rock at the Oscars, leading him to banned from the event for 10 years. According to an ABC report, Rock, who performed earlier in the night, came on stage with Chappelle moments after the attack and joked: “Was that Will Smith?”

Rock, who embarked on a stand-up tour after the slap heard ’round the world, has half-joked he will discuss the incident when he gets paid.