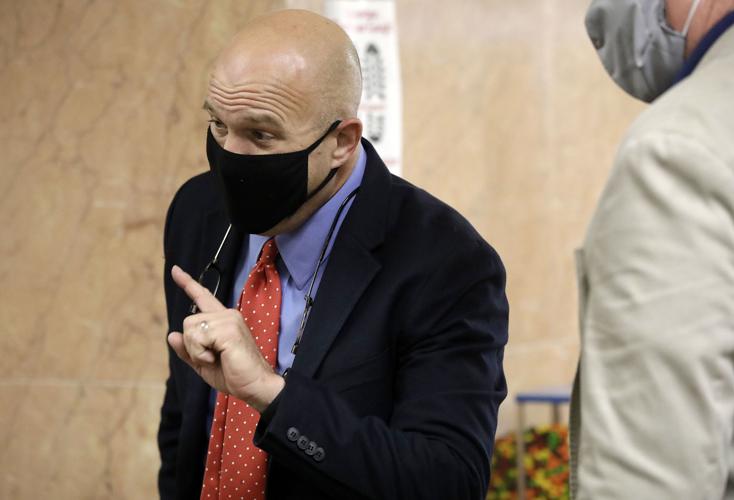 Kevin Adams, attorney for David Ware, talks about his client’s case at the Tulsa County Courthouse in July 2020. Adams and co-counsel Robert Gifford are members of the Criminal Justice Act Panel — a federal indigent defense system — which compensates attorneys at $155 per hour. In Ware’s case, lead counsel will average “something less than $20.00 per hour,” Adams said. 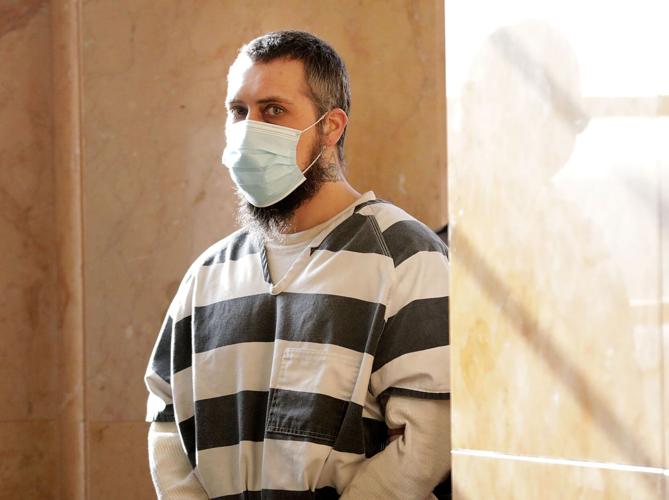 David Ware is led into a courtroom at the Tulsa County Courthouse on Jan. 7 for a hearing in the shootings of Tulsa Police Officer Aurash Zarkeshan and Sgt. Craig Johnson, who died of his injuries.

The state’s pursuit of the death penalty against a man accused of killing a Tulsa police officer should be dropped due to Oklahoma’s “unconstitutional” compensation for counsel appointed to defend indigent clients, an attorney said in a recent court filing.

Kevin Adams reasoned that he could make more money delivering pizzas than he will defending his client, David Ware, in the capital case, which he argued creates a conflict of interest that deprives Ware of his right to a fair trial.

Adams moved to dismiss the state’s pursuit of the death penalty against Ware on the grounds that Oklahoma’s statutory scheme for the compensation of appointed death-penalty counsel is “so completely and totally inadequate” that it is a structural error, permeating every aspect of his defense.

Ware is accused of shooting two Tulsa police officers during a traffic stop near 21st Street and Memorial Drive in June 2020. Sgt. Craig Johnson, 45, died of his injuries, and Officer Aurash Zarkeshan, then 26, recovered from critical injures after about four months of rehabilitation.

Ware, then 32, is charged with first-degree murder and shooting with intent to kill.

A judge appointed Adams as counsel for Ware after the Tulsa County Public Defender’s Office cited a conflict of interest. Adams, a state and federal defense attorney with over 20 years of experience, said he accepted the case upon receiving a call from a judge and after meeting Ware.