Mary ‘Mz Skittlez’ Seats, affectionately known by millennials as the “Kris Jenner of marketing,” has been building her brand and countless others for years. In 2011, Seats launched her first company, Cupcake Mafia, in Atlanta with $300 to her name and now she says she is making millions. And she is helping others to do the same.

Seats comes from a family of serial entrepreneurs. Her father and grandfather were both businessmen and, as an only child, Seats got the entrepreneurial spirit and began designing clothes for dolls, which she showed off and sold to others. After graduating from college, Seats worked as an assistant stylist on an international tour and her father encouraged her to take a leap of faith and create her own clothing brand.

“All I had was literally $300, a dream, and my relationships,” said Seats. And that was enough to launch The Cupcake Mafia. Support from celebrities who she connected with on the road helped to catapult her brand and it became more visible.

“One day, my site started going crazy with orders after Tiny [Harris] wore the brand on TV. That is when I decided that I was fully committed to being an entrepreneur,” Seats recalls.

Leveraging her relationships and the influence of others resulted in monumental success in sales and landed Seats the opportunity to collaborate with clothing brand Forever 21, which generated over a million dollars.

The Ebbs and Flows of Business

Seats’ success up until that point appeared to be unquantifiable until she was met with her first business challenge.

“That deal led me to partner with an investment firm. And I had no idea that I would be fired six months later from my own brand — which, by the way, took me from a penthouse overlooking Central Park to sleeping on an airbed in a unit above my store in Atlanta.”

In business, as in life, you live and you learn.

“What I didn’t realize is that God had a different plan for me. That story is pretty lengthy, but to sum it up, I signed a bad deal. I went back to fight them, and I won! I paid $60,000 for my brand back. And after I received the rights to the trademark, I went in full ‘go-mode’—even from my airbed,” said seats. 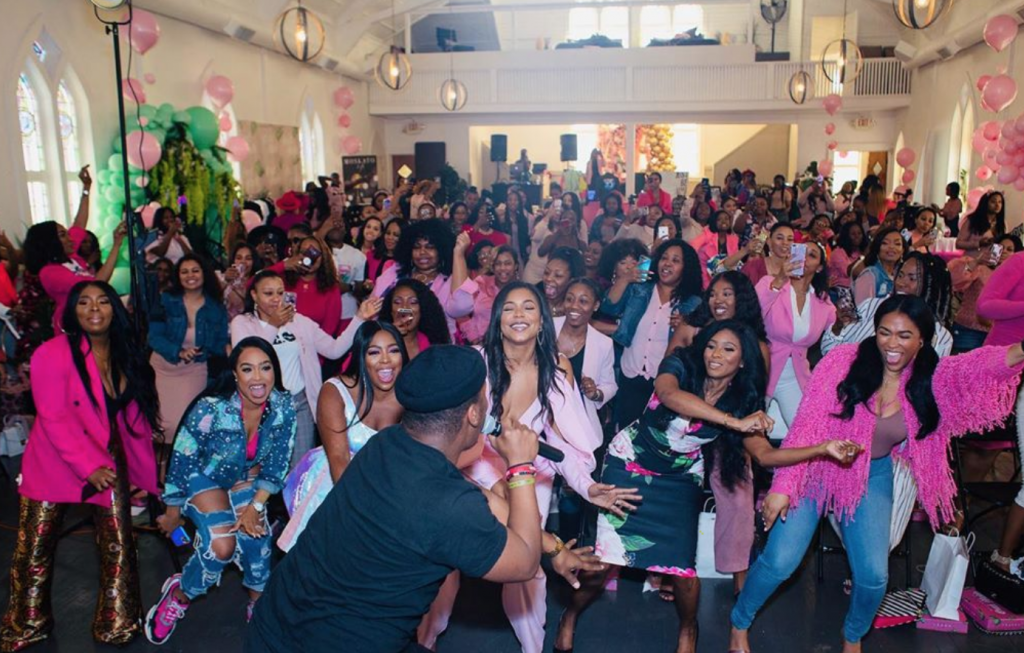 Once Seats recovered from that experience, she founded The Icing Agency, a branding and marketing firm, and Gurl Mobb. “After losing my first company to investors and buying it back, I realized to never to put my eggs in one basket,” said Seats. She later opened three retail stores, purchased a factory in China, and took on entrepreneur and influencer B. Simone as a client. She also wrote a book and began creating digital guides, resources, and marketing webinars, which are often sold out within hours.

Most recently, Seats sold hundreds of spots for a digital conference in less than 48 hours where she and a panel of experts equipped women with the information they need to blossom as entrepreneurs.

As Seats continues to grow her businesses, she is adamant about helping other women achieve success as well. With an organic following of over 149,000 followers on her personal Instagram account, women flock to the entrepreneur because of her authentic nature and wealth of knowledge.

“When I was on that airbed, I told God ‘If you get me back up, I will never look down. The only time I will look down is to pull someone up.’ And it’s been that way ever since,” said Seats.

And when it comes to seats at the table, Seats firmly believes, “If I cannot bring anything to the table, I will not sit down!”

When Seats isn’t creating, working on her business, or with clients, she is encouraging women entrepreneurs to bloom where they are planted. To others, Seats offers this advice, “You can be a mom, a wife, or whatever it is you want to be. I used to want to find a poster woman for the ideal mom, wife, and unstoppable girl boss – and I honestly I couldn’t find it. So, I became it.”

To learn more about Seats and the services that she offers women entrepreneurs, click here.