After a marathon day of testimonies from House impeachment managers and Trump’s legal team, the Senate voted 56-44, declaring that moving forward with Trump’s second Senate impeachment trial is constitutional.

House managers presented a montage of graphic seen before and never seen before footage of the Jan. 6 attack at the Capitol, where Trump supporters incited violence in a cowardly act of sedition.

However in order to convict Trump, a total of 17 Republicans will have to vote in favor.

Thank you to the 6 GOP members who voted yes. We wish more of your colleagues had the same sense of responsibility and respect for our nation’s soul. #ImpeachmentTrial https://t.co/ORKDmcfTiX

On social media users expressed disgust among the majority of Republicans who sided with Trump along party lines.

Tuesday marks day one of Trump’s second impeachment trial where his lawyers will argue against the charge of incitement of insurrection regarding his role in instigating the violent, deadly, mob of rioters who stormed the U.S. Capitol on Jan. 6.

Opening arguments will start around 1 p.m. after a Senate vote, and is expected to last until early next week. On Monday Trump’s lawyers and House impeachment managers agreed on a resolution allowing each side a total of 16 hours to argue their case, The New York Times reports. At least four hours will be dedicated to whether or not the charges against Trump are unconstitutional. If a majority of Senators agree to move forward, the bulk of the trial will begin.

How we got here:

Leading up to and after the election was called on Nov. 7, Trump repeatedly threw around baseless claims of election fraud, which sought to discredit the millions of Black voters who helped turn battleground states like Michigan, Georgia and Pennsylvania blue.

Within days, congressional leaders in the House called to impeach Trump and for his immediate removal by invoking the 25th Amendment. On Feb. 3, the House voted 232 to 197, with 10 Republicans voting with Democrats to impeach Trump. It marked the first time in history where a president was impeached twice.

Trump will be represented by Bruce Castor Jr. and Robert Schoen, who have controversial backgrounds of their own. Castor is the former Montgomery County district attorney who declined to prosecute Bill Cosby in 2005, while while Schoen represented Trump ally Roger Stone. Trump through his attorneys,  recently denied a request from House impeachment managers to testify.

Who are the House impeachment managers?:

There are a total of nine House managers, all Democrats, who will act as prosecutors during  the trial, presenting the case to the Senate. The group was chosen by Speaker Nancy Pelosi and comes from diverse backgrounds, with many touting criminal and military prosecutorial experience. They consist of six men and three women. Two are Black and two are persons of color.

After the trial is over, the Senate will hold a vote where two-thirds majority is needed to convict Trump. That means at least 17 Republican senators would have to side with Democrats, who are likely to vote along party lines, in order to convict. Unfortunately, a conviction seems unlikely as only five Republicans have sided with Democrats in the past, agreeing that Trump’s impeachment has grounds under the constitution. Those Republicans are Sen. Susan Collins of Maine, Senators Lisa Murkowski of Alaska, Mitt Romney of Utah, Ben Sasse of Nebraska and Patrick J. Toomey of Pennsylvania.

If Trump is convicted, Senators could vote to bar him from running from office, where only a majority vote would be needed. If he is not convicted, he could run for office again.

Where does the Biden-Harris admin stand?:

The Biden-Harris administration has refrained from delving into continuous public commentary around the trial and stands at a hands-off approach. Instead Biden and his cabinet have opted to focus on COVID-19 legislation and a series of executive orders signed throughout the first month of his presidency.

“Look, I ran like hell to defeat (Trump) because I thought he was unfit to be president,” Biden said in an interview with CBS News on Sunday. “I’ve watched what everybody else watched, what happened when that – that crew invaded the United States Congress. But, I’m not in the Senate now. I’ll let the Senate make that decision.”

On Monday he doubled down on his statements.

“He got an offer to come and testify,” Biden said regarding Trump. “He decided not to. Let the Senate work that out.”

A Roundup Of The Blackest Moments On Inauguration Day

1. Kamala Harris wears purple, as a nod to Shirley Chisholm 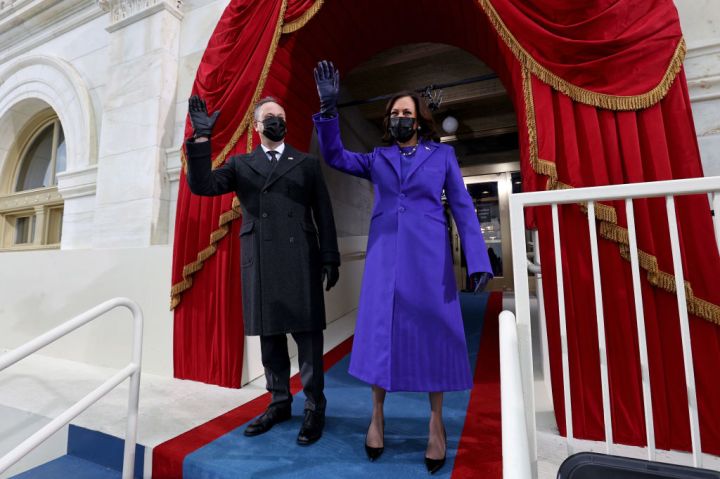 Resounding applause for the entrance of Eugene Goodman, the Capitol Police officer who led rioters away from the Senate chamber during the Capitol assault two weeks ago. He is escorting Vice Pres.-elect Kamala Harris at the inaugural ceremony. https://t.co/uHC59FCV2w pic.twitter.com/WHiF1wc0cN


Everything You Need To Know About Trump’s 2nd Impeachment Trial
was originally published on
newsone.com

The Undressing Room Podcast Episode 26: Separating the Man from the Music