Far too many African Americans still don’t have affordable high-speed internet access in their homes and technology products they need to succeed in today’s economy. We need to think of it as a human right. 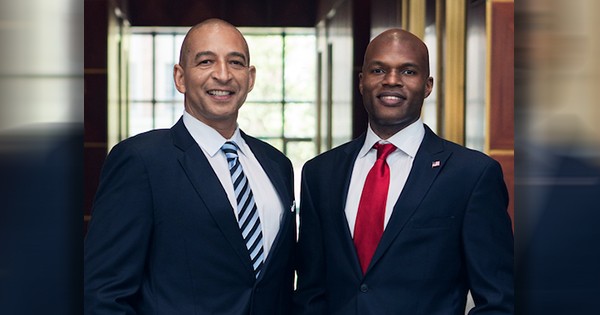 Arlington, VA — Executives at Ingenious Financial have announced plans to raise $10 billion in capital to invest in unbanked and underserved communities. Darnell Parker, founder of Ingenious Financial, and Derek Taylor, Chief Operating Officer, say the $10 billion will fund the capital disbursement towards the following four initiatives:

According to the Federal Communications Commission’s Eighth Broadband Progress Report, “approximately one in three African Americans, 14 million still don’t have access to computer technology in their homes.” In addition, “35 percent of black households do not have broadband internet capabilities.” This technology gap leaves many black families at a significant technology disadvantage, with less financial security and less ability to fully participate in the broader economy.

The Report on the Economic Well-Being of U.S. Households finds that “14 percent of African Americans were unbanked.” Less wealth translates to black Americans continuing to be subjected to systemic barriers which exacerbate underrepresentation and utilization in the market for financial products and services.

Mr. Taylor adds, “Now is the time to sufficiently correct the shameful exclusionary history of disparities and barriers imposed on African Americans throughout American history. We’ve got to act boldly, to be better, to not only offer hope to deliver on the promises of financial certainty, economic empowerment, and confidence for African Americans.”

Taylor and Parker say they believe that raising capital through the private Federal Reserve corporation emergency lending program is for the unbanked and underbanked communities timely as well as prudent.

Ingenious Financial has a long-term view of its role as a community first financial institution.
“We believe that, in terms of the unbanked and underserved,” Parker says. “One of the most important contributions we can make is to invest sufficient resources in innovation, technology, and financial literacy. We must pull together and fully support this investment opportunity with Ingenious Financial to deliver technology products and services to the unbanked and underserved.”

A Rematch in Sacramento for Final Road Game of the Season

Celebs Who Dated Their Friend’s Ex

Don Lemon Announces Departure From Long-Running News Show on CNN, NO- He’s Not Leaving The Network

Follow live: Capitals, Bruins start the chase for the Cup