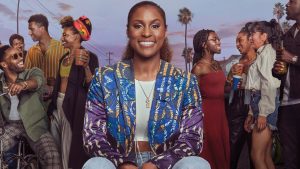 The Producers Guild of America (PGA) just announced that actor and producer Issa Rae will be honored with the 2022 Visionary Award at this year’s 33rd Annual Producers Guild Awards will take place on Saturday, March 19, 2022, at the Fairmont Century Plaza.

“Issa makes us excited for the future of television. With her series Insecure, she achieved the highest levels of comedy, perspective and performance possible, and her sharp wit and distinct voice will undoubtedly continue to drive quality entertainment featuring underrepresented voices. Beyond Issa’s prolific work, she is a role model and inspiration to the next generation of creatives through her mentorship programs like ColorCreative, and more recently, Project Greenlight. We are thrilled to honor Issa this year,” said Producers Guild of America Presidents Gail Berman and Lucy Fisher in a written statement.

The Producers Guild’s Visionary Award goes to producers across the television, film, and new media spectrum who disseminate inspiring, uplifting stories that add exceptional value to society and culture. Some of the past honorees include Octavia Spencer, Kenya Barris, and Ava DuVernay.

The entrepreneurial Rae recently inked a worldwide, exclusive multi-project development deal for her music company, Raedio with Audible. The partnership between the two companies entails Audible Original podcasts from a combination of content comprised of scripted comedy, audio extensions of existing content, and entertainment-based nonfiction projects.