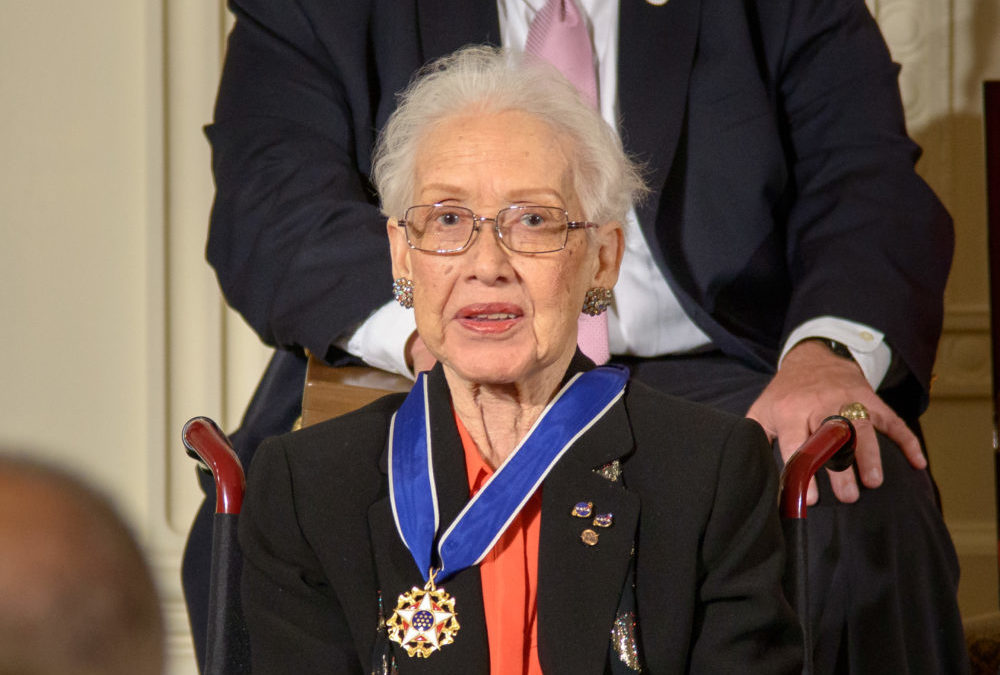 Johnson, 101, was one of NASA’s first “human computers” as well as one of the few African American women in the organization. She is responsible for calculating the flight path used in the United States’ first space flight and historic moon landing. Her work was chronicled in the Oscar-nominated movie, Hidden Figures, where she was portrayed by Taraji P. Henson.

Johnson started her work at NASA’s predecessor, the National Advisory Committee for Aeronautics’, in 1953 at the Langley laboratory in Virginia. She was the first woman in the Flight Research Division to receive credit as an author of a research report detailing the equations describing an orbital space flight, an honor she shared with colleague Ted Skopinski. She is also responsible for the trajectory analysis for Alan Shepard’s 1961 mission Freedom 7 which, according to NASA, was America’s first human space flight.

Johnson’s legendary accomplishments continued to be applauded later in life–she was awarded the Presidential Medal of Freedom from former President Barack Obama in 2015. “In her 33 years at NASA,” said Obama of Johnson, “[Johnson] broke the barriers of race and gender, showing generations of young people that everyone can excel in math and science and reach for the stars.”

She received a standing ovation at the Academy Awards in 2017. NASA also named the Computational Research Facility in her honor. “Johnson helped our nation enlarge the frontiers of space even as she made huge strides that also opened doors for women and people of color,” Bridenstine said in a statement. “Her dedication and skill as a mathematician helped put humans on the moon and before that made it possible for our astronauts to take the first steps in space that we now follow on a journey to Mars.”

UEFA Euro 2020 Group D preview: Can Croatia (or anyone else) challenge England at Wembley Stadium?