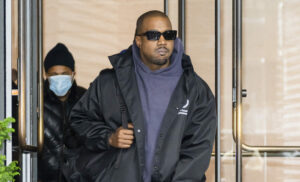 According to Page Six, Kanye West has shared with Kim Kardashian that “he’s going away to get help” following his months-long harassment on Instagram of the reality star and her boyfriend Pete Davidson.

Ye’s erratic behavior online not only caused the social media platform to suspend his account for 24 hours, but the Grammys also decided to pull his performance following his use of a racial slur when addressing The Daily Show host, Trevor Noah, for calling out his abusive behavior towards Kardashian. Noah, however, even came to West’s defense, saying, “I said counsel Kanye not cancel Kanye.”

Per Kardashian family insiders, Ye has now agreed to stop tormenting the beauty mogul and Davidson.

“For the sake of the kids, Kanye has told Kim he’s not making any public appearances or inflammatory social media statements, and he will go away somewhere to get better,” revealed a source close to the Kardashians.

Although it’s not clear whether West will travel to a treatment facility or stay in California, a rep for the rapper told the outlet, “At this time, Ye is committed to a healthy co-parenting relationship with Kim and is focused on raising their beautiful children.”

The months-long harassment reached an all-time high following West’s claims that 8-year-old North was on TikTok against his will, amid other concerning aggression, causing Kardashian to publicly drag the Donda rapper for being “[obsessed] with trying to control and manipulate” the narrative of their ongoing divorce.

While Davidson remained silent about the whole ordeal, including West’s release of his Eazy claymation music video in which Davidson is depicted as being kidnapped and decapitated, the SNL star exchanged a few words with Ye after Kardashian’s newly single status last month, in which he expressed concern for his mental health.

Kardashian announced on Friday that she will rebrand her KKW Fragrance line and website after dropping West from her last name.