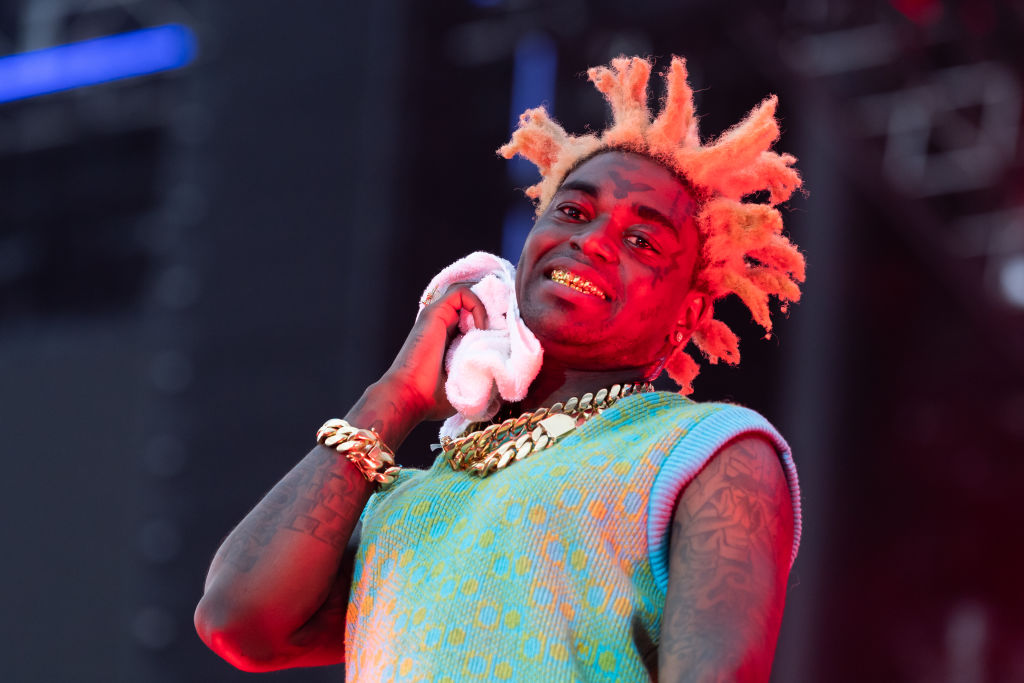 Rapper Kodak Black sees the “love” that may exist between a 61-year-old man and a teenager, he revealed while reflecting on his own father’s experience.

Yak’s unsolicited perspective was shared on his Instagram page after a Florida family went viral over a similarly shocking situation on Facebook earlier this week. A man named Mike Haugabook is being accused of grooming his 18-year-old Goddaughter, Deja Haugabook after the couple shared their wedding photos on the social media site. The couple is allegedly married with a 2-year-old, suggesting they’ve been sexual since the young girl was 15-years-old.

In a bizarre twist to what appears to be a literal crime, Mike is Deja’s Godfather who once dated her mother, commenters revealed on her page. Deja’s alleged biological mom also appeared to defend not being in her life due to a long history of being in and out of jail.

We cannot confirm or deny any of the details of these allegations, but the entire situation has people online calling for some authority to step in and investigate this grown man and his literal child bride. Swipe to see some of the posts, reshared by OnSite.

Kodak reshared the photo of the married Haugabooks, while revealing his thoughts in the caption:

“SMH my daddy did this same sh*t. Left us to start another family with his goddaughter, I was about 9. But I ain’t judging nobody. To each’s own. It could be true love.”

What about this screams “true love”??? SMH! So far, no reports have been made to confirm whether or not Mike Haugabook will be investigated for statutory rape in this crazy situation.