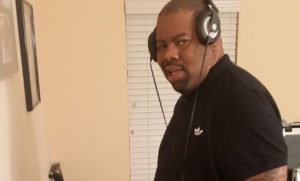 Roland Martin has confirmed that legendary rapper, and DJ, Biz Markie had died. He was 57.

BREAKING NEWS: Biz Markie has died. His wife has confirmed to me in a text message. #RolandMartinUnfiltered

Biz had hits in the late 80’s, early 90’s with “Make the Music with Your Mouth Biz,” “Just a Friend,” and “Vapors.” The human beat-boxer even had a dance named after himself called “The Biz Mark.”

A few weeks ago, according to Pitchfork, the news, which was falsely reported, started circulating that the popular rapper, had died, his manager set the record straight.

“The news of Biz Markie’s passing is not true,” Jenni Izumi wrote in a written statement. “Biz is still under medical care, surrounded by professionals who are working hard to provide the best health care possible. Biz’s wife and family are touched by the outpouring of love and admiration from his friends, peers, and fans alike. At this time, we ask for your continued thoughts and prayers during this difficult time.”

Markie was reportedly hospitalized in 2020 for an illness that was related to Type II Diabetes and reportedly suffered a stroke.

Rest In Peace. This man made my laugh, cry, and feel such joy. You will be missed !! The incomparable #bizmarkie Not just a friend, an inspirational soul. pic.twitter.com/UnsAwTqBQ7

This one hurts baad … RIP to my Aries bro… ahhh man @BizMarkie damn im gonna miss u so so many memories.. hurts bad. My FRIEND

We lost another Rap legend Mr. Biz Markie, an American rapper, singer, DJ, record producer, actor, comedian, and writer. He’s best known for his 1989 single “Just a Friend”! To a lot of us he was more than Just a Friend. R.I.P. Prayers going out to the family & friends. Bootsy? pic.twitter.com/URnUMKIQdB

Now it has been confirmed. Rest in peace to a rapping icon.