2021 saw the highest number of IPOs (Initial Public Offerings) since 2010. Sixty-three companies launched their IPOs, raising approximately Rs. 1,19,882 crore. 2022 is likely to see another significant influx of companies racing into the market with their respective IPOs. Twenty-five companies have already received their approvals, and many more are expected to get theirs in the coming months. The total number of IPOs expected to launch in 2022 is still speculative, but there are certainly some names that have caused a stir with their announcements. Let’s check out the most-awaited IPO investments. 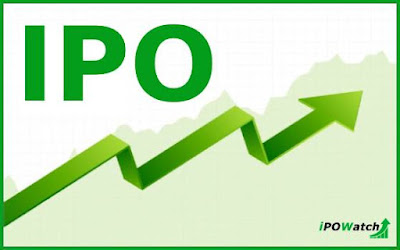 LIC is a government-controlled corporation established under the LIC Act, 1956. It is also the biggest life insurance company in India. LIC is expected to launch its IPO in the first quarter of 2022-23. The government is likely to sell 5-10% of its stake in the company. The IPO is touted to be the country’s biggest-ever IPO launch, with a size estimated close to Rs. 80,000 to Rs. 1,00,000 crore. Expected period to apply for LIC IPO is March-22

The surge in Buy Now Pay Later (BNPL) services after the Covid-19 pandemic has been considerable. Digital wallets like MobiKwik have seen immense popularity in India. The digital payment corporation is now gearing up for its IPO launch in 2022 with an IPO size of approximately Rs.19,00 crore. Although MobiKwik received the Securities and Exchange Board of India’s (SEBI) approval in November 2021, the company opted to wait for the market conditions to be more favourable.

The country’s largest stock market expected to be worth Rs. 2 lakh crore or more is another anticipated IPO launch for 2022. However, there is no update on its launch date yet. But the company is aiming to raise approximately Rs. 10,000 from the launch.

Popular as GoAir, the low-cost airline, will join the bandwagon of IPOs in 2022. Go Airlines is one of the fastest-growing carriers in the country, operating in nine international and 28 domestic terminals. The company is expected to raise to Rs. 3,600, comprising only a fresh issue of equity shares. With the IPO launch, Go Airlines aims to cover its debt, such as fuel dues, to the Indian Oil Corporation Limited (IOCL).

Incorporated in 2010 as a cab service, Ola has moved to several new verticals over the years. The company did go through a rough patch because of the pandemic induced volatility. However, it has seen considerable growth with new endeavours like Ola Electric, Ola Cars, and food delivery. With two new e-scooters, Ola is one of the most eagerly awaited IPOs of 2022. The company is expected to raise approximately Rs. 15,000 crore from the launch.

A pharmaceutical start-up, PharmEasy is an online platform for purchasing medicines and other pharmacy products. The company also offers health-related services like medical tests and phone consultations. PharmEasy is expected to launch its IPO under its parent company’s name, API Holding. The company has already filed a Draft Red Herring Prospectus (DRHP) with SEBI and aims to raise Rs. 6,250 crore the IPO. However, there have been some obstacles for the pharma start-up. In its letter addressed to SEBI, the Confederation of All India Traders (CAIT) called online pharmacies illegal in India and requested PharmEasy’s dismissal. However, no action has been taken in this regard, and the company is set to launch its IPO in 2022. As per reports, PharmEasy has an existing debt of Rs. 1,929 crore that it aims to settle with the IPO.

These six Upcoming IPOs are in line for a launch this year. However, several others are expected to announce their launches too. The IPO market certainly looks promising for 2022 and may even break another record with a good number of IPO announcements.