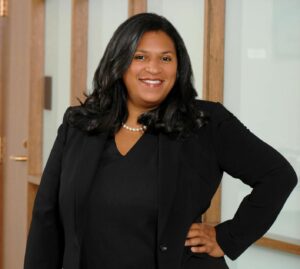 Marisa T. Darden, 38, has been unanimously appointed the next U.S. Attorney for the Northern District of Ohio, making her the first Black woman to assume the chief prosecutor role.

On Wednesday, the U.S. Senate confirmed the historical announcement months after President Joe Biden nominated Darden for the role in November, as reported by Cleveland.com.

One of the Ohio U.S. Senators who recommended Darden to Biden, Sherrod Brown, praised her confirmation on Wednesday.

Darden hails from Sandusky and her father, Thom, was a safety for the Cleveland Browns. She holds degrees from the University of Michigan and the Duke University School of Law, according to WKYC 3. She began her career as a litigator in New York and was part of the team liquidating the largest broker-dealer in US history, which administered more than $100 billion in assets.

The former state and federal prosecutor previously worked as an assistant U.S. attorney in Cleveland, specializing in criminal matters from 2014 to 2019. From 2011 to 2014, she served as an Assistant District Attorney for the New York County District Attorney’s Office in Manhattan. Before that, she served as a law clerk for Judge Morrison C. England in the United States District Court for the Eastern District of California from 2010 to 2011.

Darden currently serves as a principal in the Cleveland-based law firm Squire Patton Boggs where she has practiced since 2019.

“Her reputation precedes her,” said Cleveland Municipal Judge Mike Nelson, a former Cleveland NAACP president, as per Cleveland.com. “She’ll be a fine addition and an excellent leader in this district.

He added: “She has a big-firm pedigree but exhibits qualities that I believe the district needs. The history surrounding her confirmation is important, but who she is is even more important.”

Darden will need to be officially sworn in as the U.S. attorney of Ohio’s 40 counties.