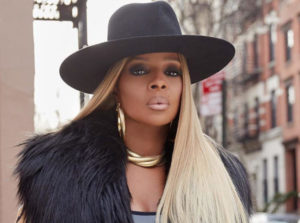 Mary J. Blige is finally opening up about all the pain she endured during the early days of her rise to the top of the music industry.

The Grammy Award-winning singer released a trailer for her first official documentary titled, Mary J Blige’s My Life. Named after the legendary soul singer’s 1994 sophomore album, the film follows Blige’s journey during the time she released one of her best-received albums to date, Revolt TV reports.

“I’m so excited to share the trailer for my new documentary,” she captioned a video of the teaser. “Get ready to learn the story behind one of the most inspiring albums of all time in. #MJBMyLife with Yours Truly!!”

Created by Oscar-winning filmmaker Vanessa Roth,  executive produced by Blige, Diddy, and Quincy Jones, the documentary “reveals the demons and blessings that inspired the record and propelled her from the soul-crushing world of New York’s housing projects to international stardom,” Rolling Stone reports.

“My Life is probably my darkest album at one of the darkest times I’ve had,” she says in the trailer. “Most of the time, I was just depressed and didn’t want to live. I had it all inside and I was able to sing it and write it, and I didn’t know that so many people felt the same way.”

“My Life is the album that really bonded me with my fans who have since been along for what turned out to be a crazy ride,” Blige told People. “Going back and reliving that time and that music felt like an out-of-body experience, but one I’m so humbled by.”

Set to release on Amazon Prime on June 25 in honor of African American Music Appreciation Month, fans will also get to see the singer/actress perform the album live for the first time.

“Through all the highs and lows my one constant has been my fans, and I wanted to make this documentary for them,” Blige said. “To give them more insight into who I was and who I am now, where I’ve come from and where I still want to go and break down an album that completely changed everything for me.”