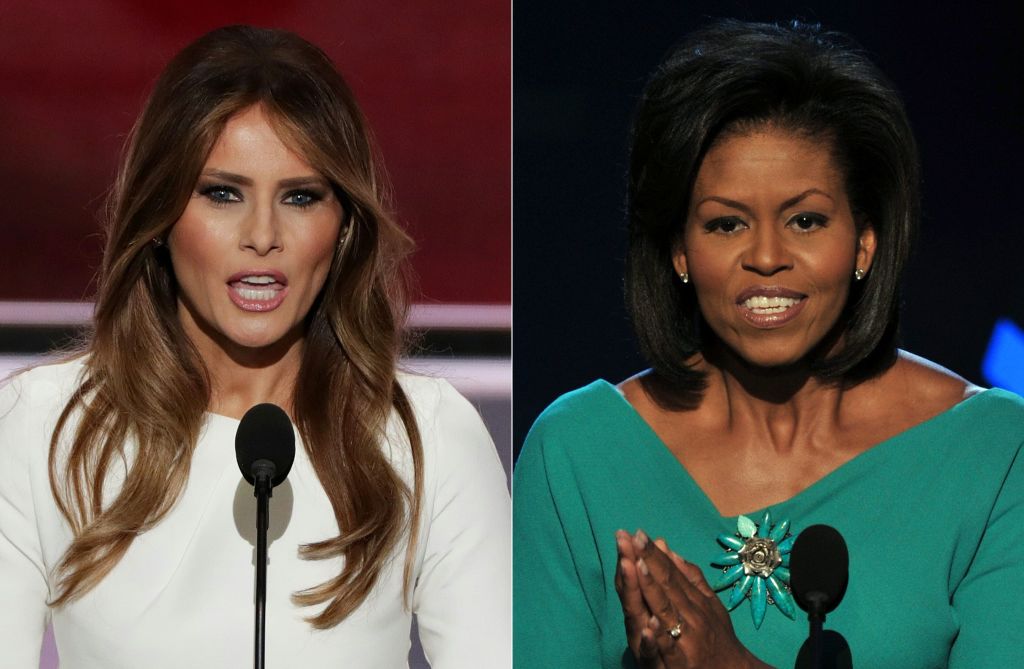 Try as she may, there is at least one way in which Melania Trump cannot plagiarize her first lady predecessor Michelle Obama: Favorability.

The outgoing first lady, whose shameless imitations of Michelle Obama have been anything but flattering, isn’t seen as being nearly as favorable as the first Black first lady. In fact, the American people find Melania Trump to be more than 20% less favorable as she leaves the White House than they did Michelle Obama at the end of her husband’s two terms in office, according to the results of a new CNN survey.

To be sure, Melania Trump leaves Washington D.C with a favorability rating of 47%, according to the survey. Translated, that means that less than half of all Americans approved of her “job” as the first lady; a position that she used in part to advocate against cyber-bullying while standing by silent as her husband’s Twitter fingers typed out tweets of hatred on a daily basis. 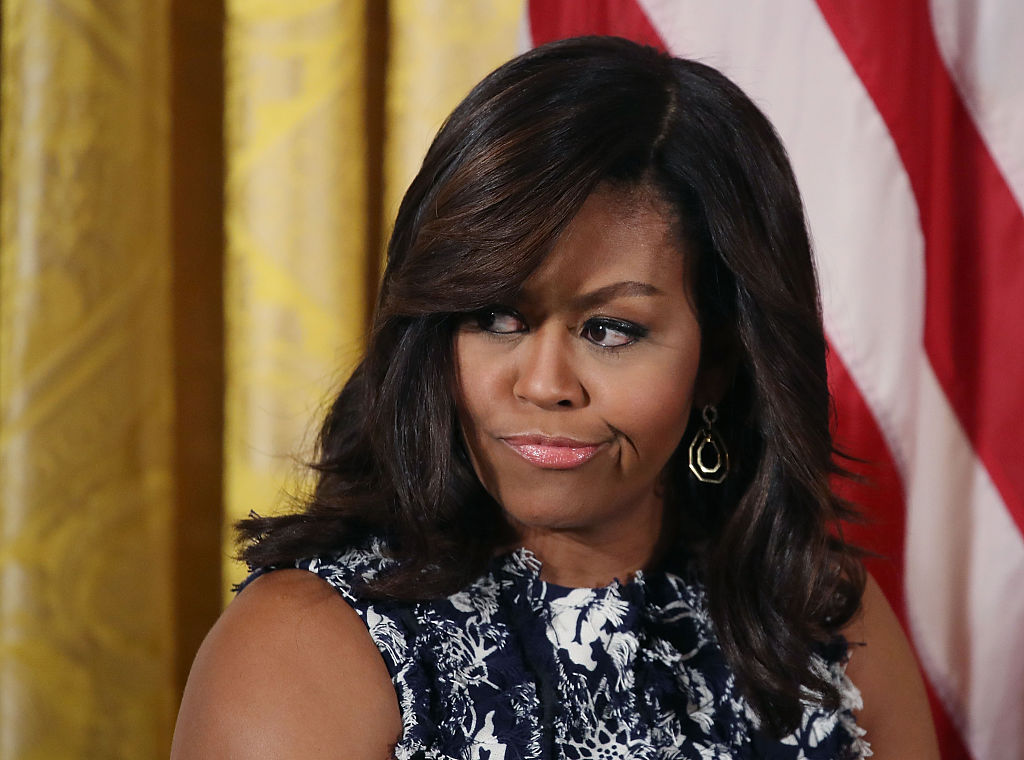 Things get worse for Melania Trump on a granular basis as the data is broken down along different demographics. For instance, at 55%, more than half of people of color who were polled held an unfavorable opinion of her. The same figure applied to all women surveyed.

Conversely, the same poll taken four years ago found that Michelle Obama was leaving the White with a favorability rating of 69%, the same rating she enjoyed when she became the first lady in 2009.

With that said, Melania Trump was still viewed more favorably than Donald Trump, who had a whopping 62% of Americans disapprove of his job as he leaves office. That is nearly the polar opposite of where Barack Obama was four years ago with a 65% approval rate in the days before his successor’s inauguration.

To be sure, none of this should be surprising. Melania Trump was the subject of intense scrutiny for her failure to embrace the traditional roles of first ladies. Much like her husband, she harbored resentment toward the media for its accurate portrayal of her, including her “Be Best” initiative promoting “responsible online behavior.”

Of course, the irony is that her philandering husband is the biggest bully on the planet — online or in real life. Therefore, the critiques of her have been valid. Melania Trump clearly needed another platform or maybe she just didn’t care about the people he attacks — like Black female journalists. 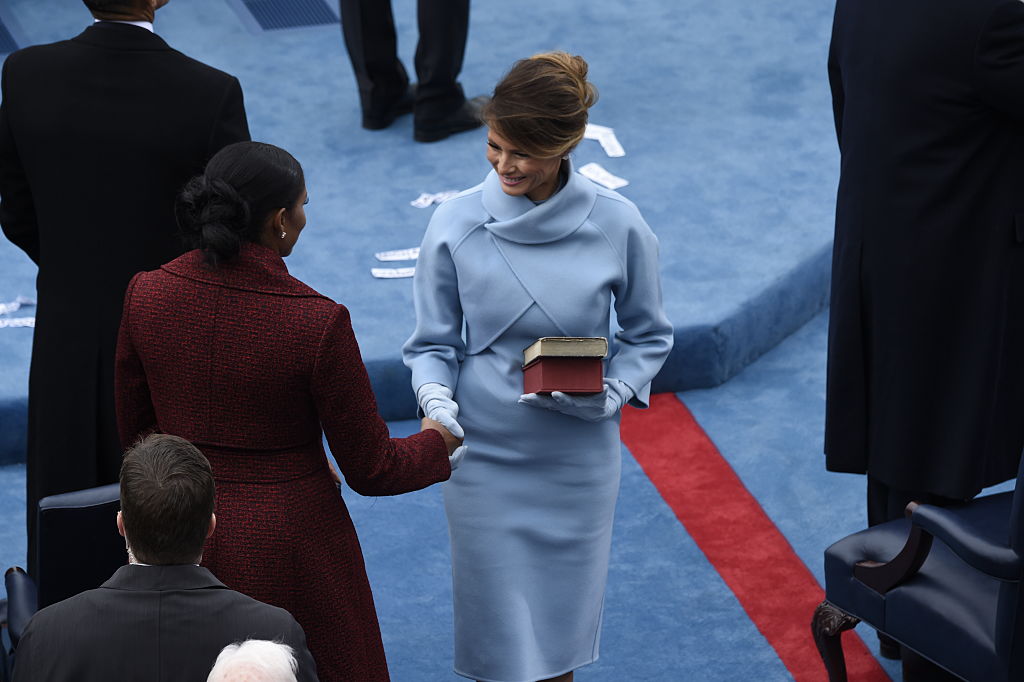 The former fashion model also came under fire for her choices of style that appeared to take controversial political stances, like the time visited children her husband ordered taken away from their families while wearing a jacket that said, “I REALLY DON’T CARE. DO U?” That episode stood in stark contrast to be the biggest fashion controversy of Obama’s administration — when he, gasp, wore a tan suit.

Meanwhile, Michelle Obama managed to leave her mark on the White House with her legendary Let’s Move! campaign while enduring name-calling, body shaming and questions about her love for America. That is to say nothing of the time that Melania Trump plagiarized part of Michelle Obama’s speech at the Democratic National Convention in 2008.

Still, with all that apparent imitating, Melania Trump couldn’t manage to curry the same levels of favorability with Americans that Michelle Obama continues to do to this very day. 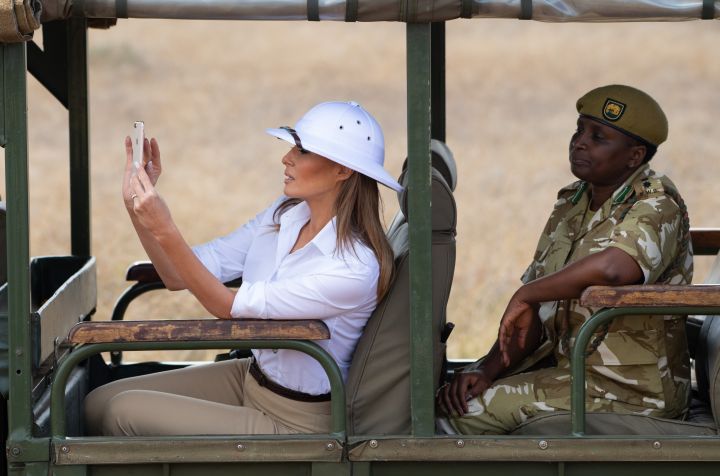 Melania Trump is now in Africa, putting on a fake smile for photo ops and looking absolutely foolish.

I’ve said it before and I’ll say it again. This woman has a TEAM of stylists. She KNOWS exactly what she is doing. None of her fashion choices are accidents. She is complicit to all of her husband’s bigotry. Never forget her birther claims. #FuckMelaniehttps://t.co/3LUrkeZ5wS

Oh my goodness. She wore a pith helmet! “Uh yeah, I’m a white woman going to Africa, I’ll need a colonizer outfit. I’m a Natasha, but I really want to be a Commander McBragg!” Kids are still in cages and concentration camps on the border. #vote #VoteNoOnKavanaugh #BlueWave

Pith helmet was popularized in late 19th century & favored by British offrs in Africa, so much so that it’s bc a symbol of colonial rule & oppression. Bad reminder 4 Africans. She prob doesn’t know the history & wore as fashion statement. #MelaniaInKenya https://t.co/OJ3DpeQyKL