“I add an exclamation point to anything I’m involved in…” 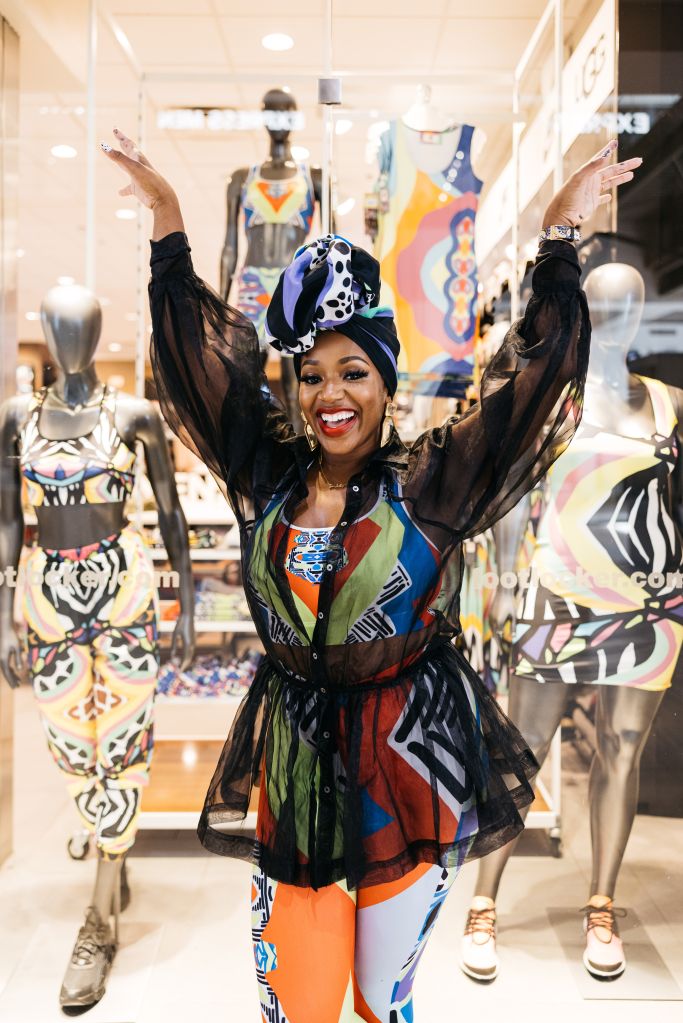 A connoisseur of her craft, Melissa A. Mitchell’s penchant for executing abstract art has opened numerous doors.

Most recently a serendipitous meeting led the Abeille Creations artist to be tapped by Foot Locker to increase the diversity of fashion. Mitchell is in partnership with the sportswear and footwear brand as part of their LEED initiative – a $200 million five-year commitment to support the Black community through economic development and education. With that, her signature vivid pieces are going from canvas to fabric for wearable via a 13-piece capsule collection of athletic apparel. 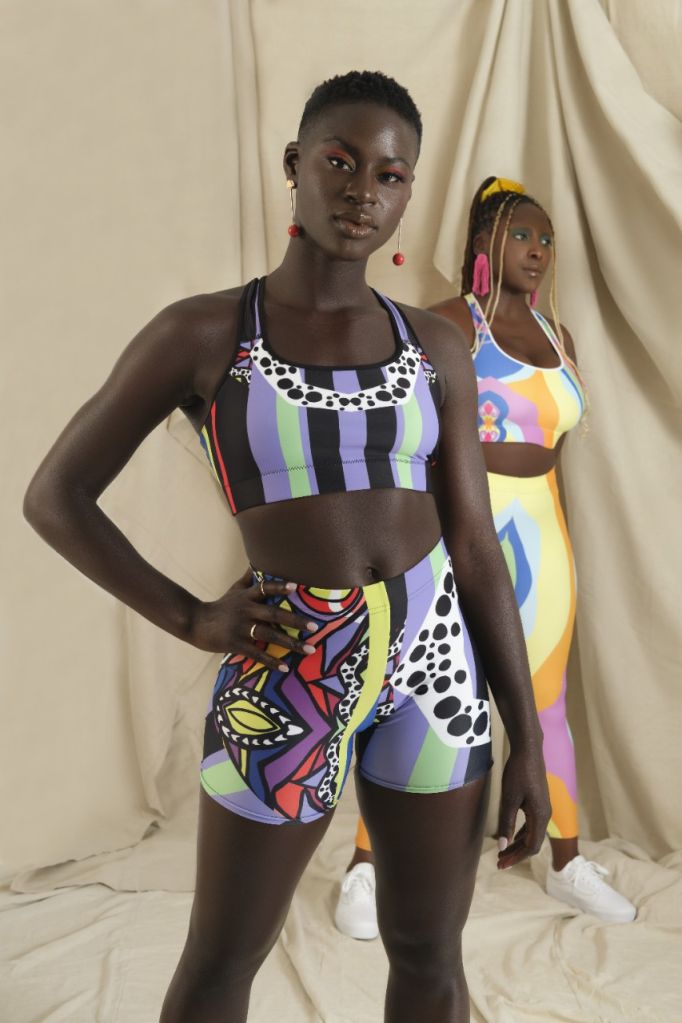 BOSSIP recently chatted with this master manifestor/designer about her creative process, her favorite piece from the collection, and her unstoppable ascension as a Black female artist.

When I first started painting, I was having trouble with selling artwork because people didn’t really understand why they would buy something for $2,000 on a sheet of paper. So it’s just kind of helping people understand how to purchase Black art and the intrinsic value of investing early. One thing about our people, we love to talk about clothes and fashion, so before they [people] even asked me if I was an artist, they would ask about what I had on. And then I said, ‘Let me start wearing my artwork out.’ It really was a pivot early on to teach people about the value of art and how eyes are drawn to beautiful things. So if they love what I wear, why don’t I start wearing my artwork? That got me a lot of attention from the fashion standpoint. I began to bridge the gap between just being an artist and now finding myself being a designer. So it’s actually my canvas on clothing now.

Do you have a favorite piece from the Foot Locker capsule collection?

It ended up being our bestseller. The pieces are named after our inspiration and I really wanted to honor older Black designers that we don’t talk about a lot, specifically, Patrick Kelly from the ’90s. He passed away from HIV/ AIDS and he was the person that taught us how to wear a polka dot with flowers and taught us how to wear stripes with neon colors. And I was like, ‘Wow, nobody ever talks about his influence.’ When I was designing, I was in the throes of really, really learning about Black designers ad so that was the inspiration behind the collection.

I turned in all three of my collection pieces and then I had a fourth one that popped up in my spirit and I said, ‘I want to do one more!’ When I did that fourth one, it was called “Wild Factor.” “Wild Factor” is the one that has animal prints with pink and green and orange and green. That was my way of paying homage to FAMU, my sorority, Alpha Kappa Alpha Sorority, Incorporated, and just my love for being the “Wild Factor.” Anything I’m a part of, I just came out of the wild, I add an exclamation point to anything I’m involved in. That particular piece is really named after myself because I feel like this whole experience I have come in and wowed people just by being myself and that’s always been enough. So that was my way of paying homage to my own plight as a designer and a way to just give a good pop to the collection. 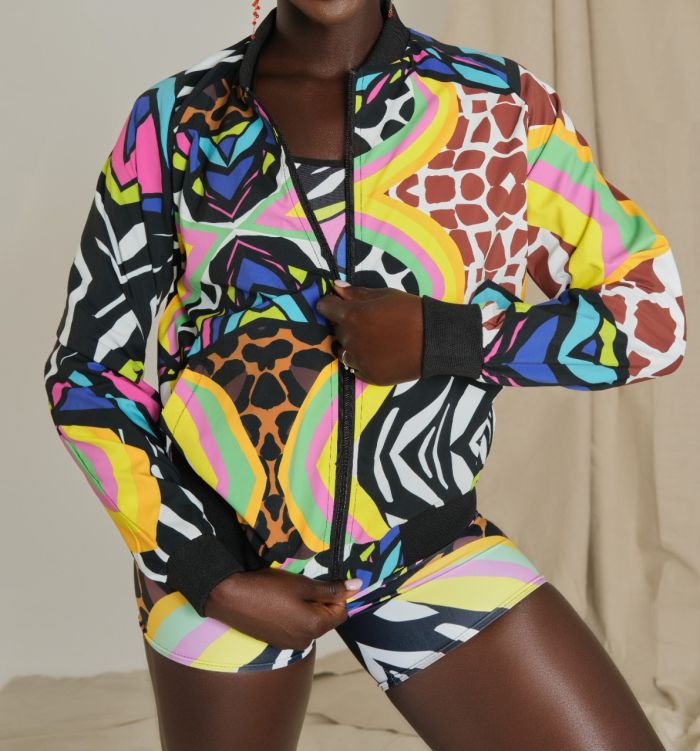 You’ve seen great success with art in fashion, but as a Black woman working in this industry, have you faced any challenges?

As a Black female artist, it is difficult when you’re attractive and people don’t always take you seriously. So if you look at my page, I do minimal selfies. I like people to see my artwork and my clothes and my spirituality and my inspiration because I don’t ever want to get into the position that I’m in, based on looks or just because I’m Black or just because I’m a woman. That’s even why I named my company something kind of ambiguous, Abeille. You don’t know if it’s a woman, a man, you don’t know if it’s French, American, Haitian, you don’t really know what it is. With my clothing line and the brand, I want you to focus on the colors and the artwork. And so I haven’t really had any obstacles, but I had to be a couple of steps ahead because I am a Black woman and because Black people in art is already a minority. I’m like a minority within a minority within minorities, so I had to be very strategic. Being in apparel, I’ve been in more art conversations by having wearable art than I have being just a painter or fine artist. You know, we always gotta find a way to get in there without getting in there the traditional way so that’s allowed me to break up the conversation on platforms that I wouldn’t have gotten just being an artist alone. 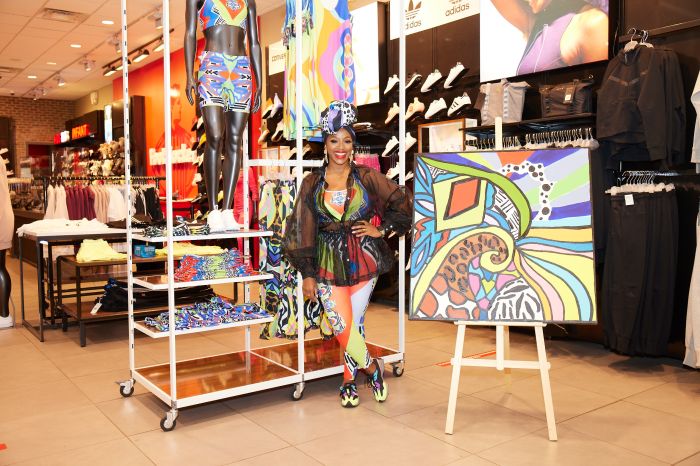 What is next for Abeille Creations?

So it’s just consistency, I think a lot of people when they have these big lands, they don’t know where to go from that, and they kind of hit a plateau. For me, it’s remaining consistent, it’s of course more head wraps, it’s getting into couture wear, more red carpets. On the art side, doing more gallery shows, really investing in the people who’ve invested in me. I just won a  contest with Hennessy as a “Never Stop, Never Settle” fellow. With that, I pitched the ability to expand my empire by really investing in the community, so it’s having those round table discussions with other Black female artists saying,  ‘Hey, what are we doing, right?’ What are we doing wrong? How are we really growing?’ For me, it’s really building that artistic ladder to make sure that I have as I climb I help other people climb up. This platform with Foot Locker is allowing me to have those conversations with larger companies. and it’s really just digging into what it’s like to be a full-time entrepreneur because I just quit my job in February. Now I have the opportunity to see what this art life is really about and who am I really becoming, it’s growing the relationship with Foot Locker, of course having more wearable art and it’s really just keeping myself individual, but also, pouring into people who have poured into me. 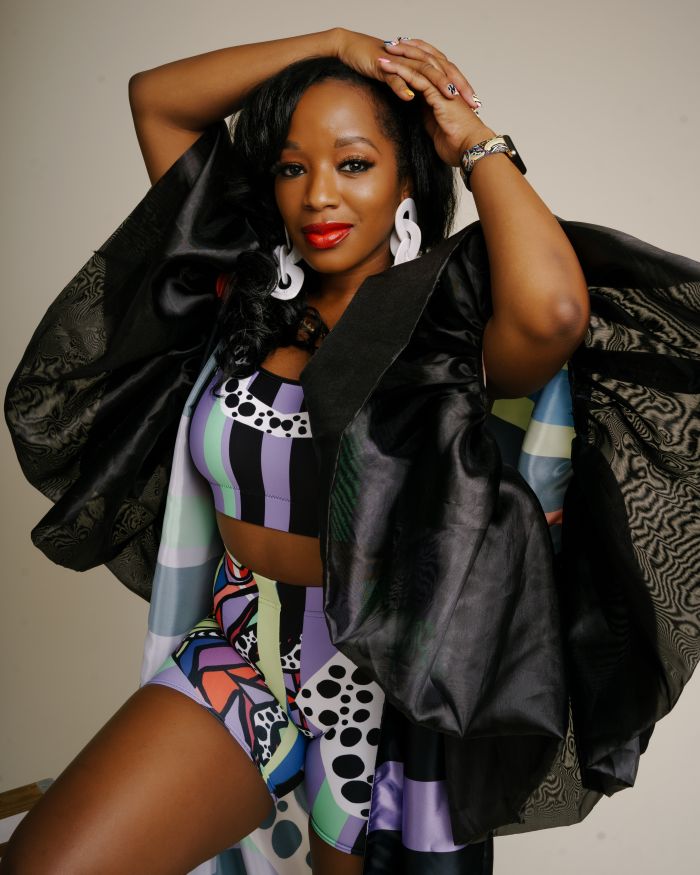