The Netflix series Self Made: Inspired by the Life of Madam C.J. Walker is the up-close-and-personal reintroduction to the woman who set the standard for black female entrepreneurship in the haircare industry in America—Sarah Breedlove— affectionately known as Madam C.J Walker.

At a time when most blacks in America were a generation removed from slavery, women had no rights, and black people were considered three-fifths of a man; Walker had a vision for her life. That vision came to her after experiencing hair loss due to stress and weathering.

That vision would supersede her career as a washerwoman, help her overcome poverty, create thousands of jobs, and provide generational wealth for her family.

Walker’s Legacy is the very thing she fought for during an unconventional time for women in the early 1900s. While many of us are familiar with her story of becoming the first black self-made millionaire, the series written by Nicole Jefferson Asher and inspired by the book On Her Own Ground written by her great-great-granddaughter A’Lelia Bundles marks the first time Walker’s story is being brought to the screen.

Self Made tells a beautifully nuanced story of how Walker overcame gender bias, racial disparities, business rivalries, low self-esteem, heartbreak, and disappointments—and revolutionized the black haircare business while having a lasting impact on the black community.

Madam C.J. Walker was a storyteller and saleswoman who helped women and men in her community rewrite their narratives financially.

A Collective of Black Women in Hollywood 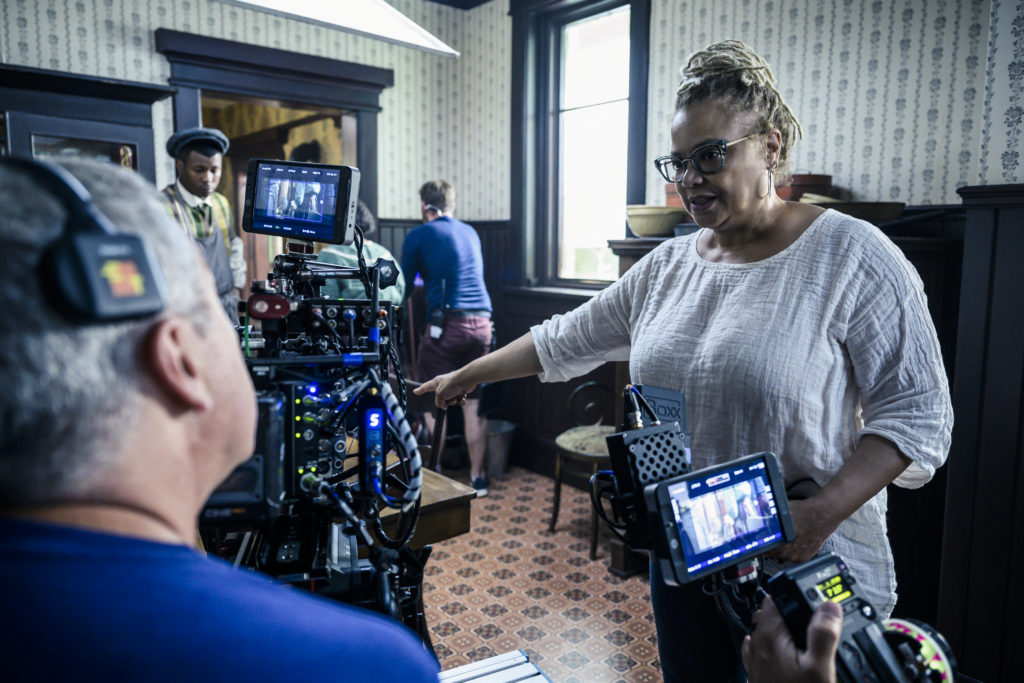 As black women in Hollywood, Asher, Johnson, Barrois, Lemmons, Davis, and Spencer were at the helm of bringing Walker’s life to the screen. And they each share the sentiment that working together on this project was nothing short of amazing both personally and professionally.

“Her story is amazing,” said Asher. “There were so many things that I learned about America, the resilience of black women, about myself, hair and about the times that we live in. And the times that she lived in.”

Walker was a businesswoman who formulated a haircare recipe for success. Through the series, we meet a woman who knows her numbers, her competition, and what it takes to launch and grow a successful business.

Co-Showrunner’s Johnson and Barrois worked diligently as visionaries on the series to depict Walker as a woman who was ahead of her time.

“It was really wonderful to work with this team of predominantly women. Nicole Jefferson Asher, wrote the pilot and is the one who pitched the series and got it sold to Netflix. Janine Sherman Barrois, who’s the other co-showrunner and an executive producer along with myself, has an incredible track record in television. The three of us got into a room together and we did a deep dive into the book that it’s based on by A’Lelia Bundles. We had some frank conversations about the kinds of topics and issues that we wanted to bring to the screen as it revolved around Madam C.J.’s story and how we were going to best tell the story of this incredible black businesswoman. But also a woman, a complicated person, and an icon to the African American community,” said Johnson.

The time frame that Walker’s story takes place in Self Made is 1910 to 1918, which Asher says is an under-explored time period in television in film, especially from a black perspective.

“To be able to go back there and try to imagine what it was like to be someone who was born two years after the Civil War, and in her lifetime became a millionaire without education without going to business school without really having any role models…she was self-taught and self-made. So, it was inspiring. And it propelled me and pushed me and drove me to work hard,” said Asher.

“To delve into her story made us all aware that there was a woman who started a feminist movement before its time. It was forty years after slavery and she kind of knew she was born for greatness. Her career and her desire to help women and uplift women and to start a business, like men, was very progressive,” said Sherman Barrois. 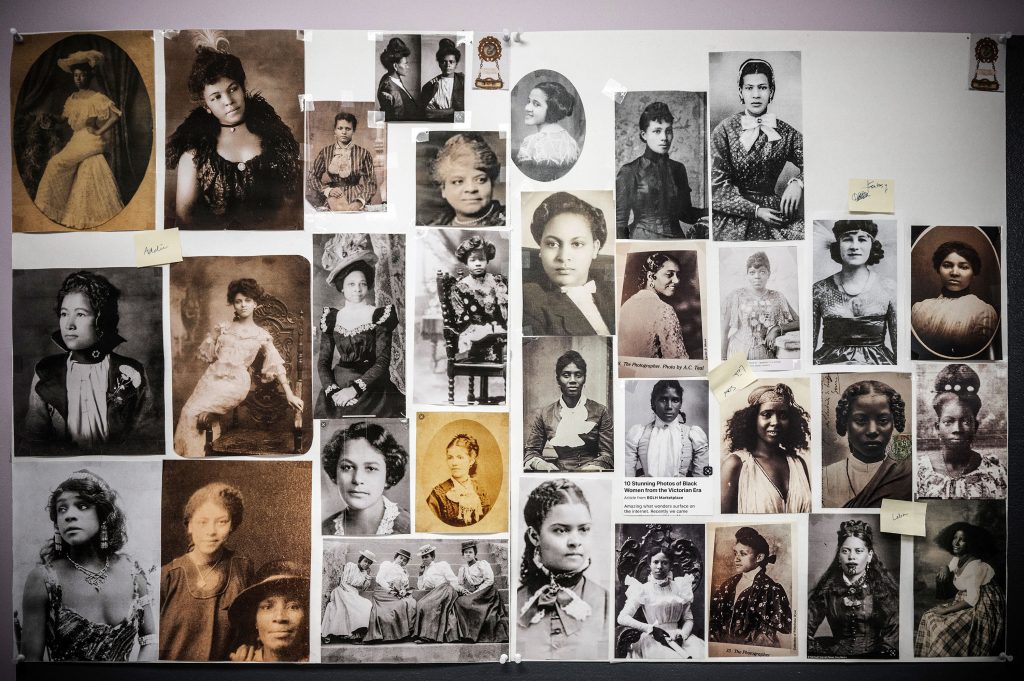 For directors DeMane Davis and Kasi Lemmons, it was key to help viewers get to know Walker intimately.

“A lot of what I tried to do is make sure that you were with her and that you understood her. And the interstitials that Nicole Jefferson Asher came up with were really key to sort of letting you get as close to her as possible in terms of her inner-thinking and how she was feeling. What I try to do with her is just I wanted you to be as close to her as possible. I wanted you to understand what it is that she was feeling and going through as much as possible,” said Davis.

It was also important to the women to show black people living their best lives despite the systemic oppression during that era.

“Although there was oppression during this time, and although there’s extreme brutality, during this time against black people, we really wanted to show the aspirational side of a woman forging ahead despite what was happening around her. We see the pride of the way we took care of ourselves in our clothing and hair. We might not have had all the money in the world, but there was pride in our homes. And that lineage of black people has existed since the beginning. There was a pride amongst us despite the tide,” said Barrois.

Asher added, “Our stories don’t always have to be difficult to watch. Like any life, there’s laughter, joy, pain, happiness, and love. We really wanted to create a well-rounded vision of her life.”

Self Made is a stellar series with some of the entertainment industries’ brightest stars.

“The supporting characters, I think really were important in terms of using them as markers of what was going on at the time. Ways to really show some of the things that Madam C.J. Walker was up against,” said Asher.

In the series, Tiffany Haddish plays the role of Walker’s only child and heir, Lelia Walker, who goes on to carry her legacy. Through Haddish’s relationship with Spencer on the screen, viewers are able to witness one of the first black mother-daughter-duos in business. 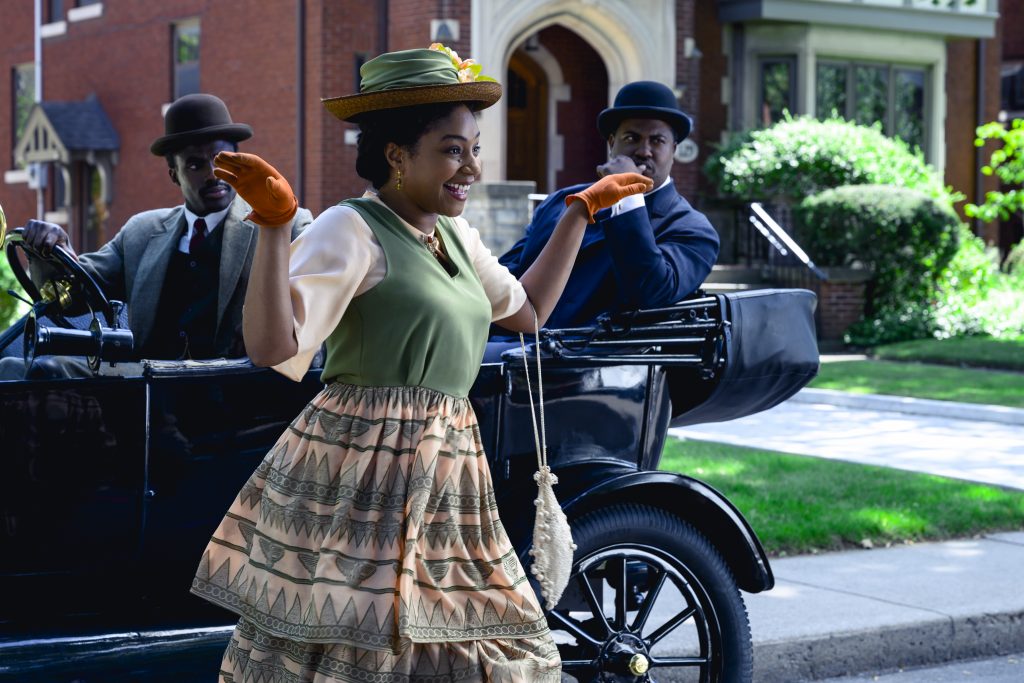 In Haddish’s own words, “Lelia is a young woman who really just wants to make her mom happy. But at the same time, she wants to live her best life. She wants to be happy. From time to time it’s difficult for her to figure out how to maneuver in a world where what she wants to explore and try isn’t considered natural or normal.”

Lelia’s story is also one of a woman who sees the possibilities of love and success without men.

“These (Lelia and Madam C.J. Walker) are strong women. They needed men, but the men that they needed were men that were willing to go along with them on the journey. And so, it was probably very complicated.”

Lelia Walker, too, was ahead of her time as a woman who learned the ins and outs of running a business alongside her mother.

Walker was adamant about creating pathways for success through business, not only for her daughter but for women all over.

“I think it’s so important for women to take their daughters under their wings and show them everything they know and grow with them. They (Lelia and Madam C.J. Walker) were literally growing together. Madam C.J. Walker had Lelia when she was 14 years old. They were mothers and daughters, but it was also like they were sisters and best friends,” said Haddish.

Being a part of the series was heart work for Haddish as she lives to inspire others.

Doing Business in the Early 1900s

Someone who went for it in the series was Sweetness, a fictional character who was a numbers man and entrepreneur whose second chance at life included investing in Madam C.J. Walker’s company as played by Bill Bellamy. Sweetness’ character sheds light on the unique ways that savvy black businessmen who could not enter the banking industry had to do business at a time when black people couldn’t take out loans.

For Lemmons, working on this series was a dream come true after waiting 20 years to be able to tell the story.

“I’m proud of the way it was made in front of the cameras and behind the scenes. Madam C.J. as you know, was about empowering women. So, though it was super important that women made this. Women made Self Made.”

As a showrunner and co-executive producer, Johnson wants people to truly understand how powerful of a force Madam C.J. Walker is.

“I really hope that people walk away from the series understanding that she is as worthy an icon and a business legend as any of the men of her time period. You know, Carnegie, Rockefeller…  She’s right up there with them in terms of her acumen as a businesswoman.”

She went on to say, “Her ability to be a visionary and forward thinker in terms of the marketing that she did for her company. But also, I think this is the key that sets her apart from her male, white counterparts. Everything she did was infused with the mission of uplifting the race and uplifting black women in particular.” 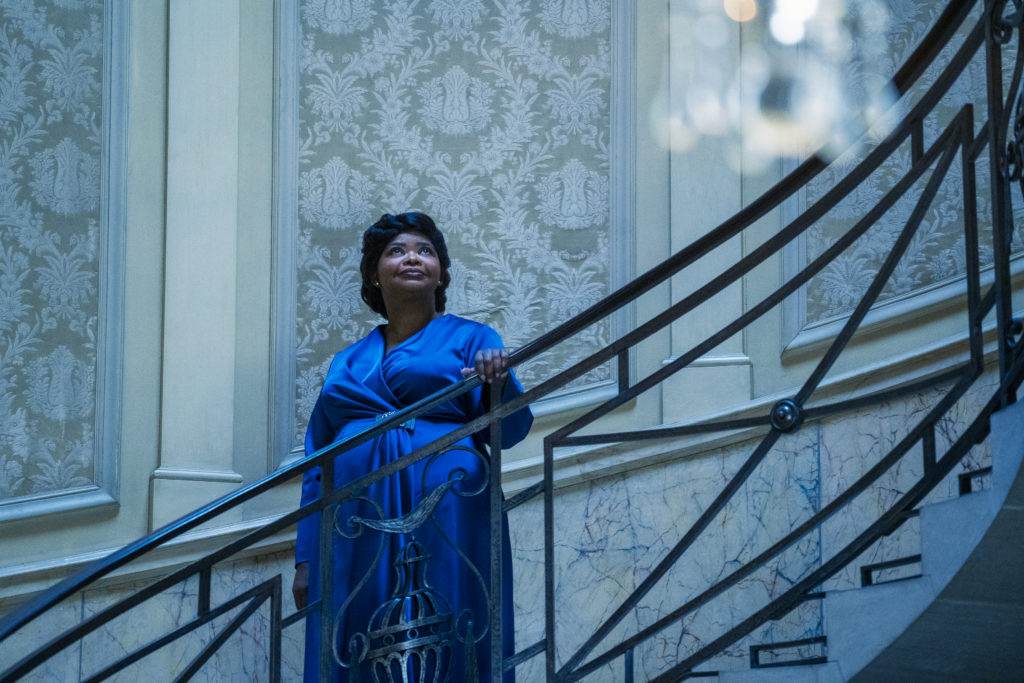 Indeed, Madam C.J. Walker was self-made. And, more than a century after leaving her mark on the world, her legacy lives on.

Self Made: Inspired by the Life of Madam C.J. Walker premiers Friday, March 20 on Netflix.

One thought on “Netflix’s ‘Self Made’ Reintroduces the World to America’s First Black Millionaire, Madam C.J. Walker”