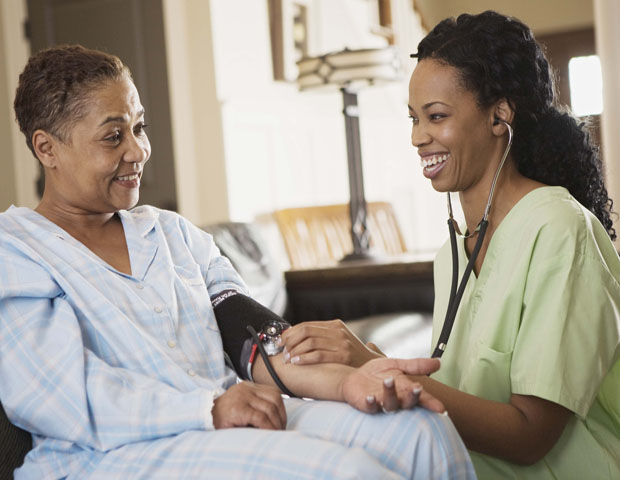 A group funded by the National Institutes of Health has released a set of ads encouraging Black and Latino Americans to participate in clinical trials for coronavirus vaccines.

“When everything looks bleak, we know that someone somewhere is full of hope and strength and wants to take action,” says one ad, showing a series of Black people. “Walking the walk and rolling their sleeves to go to normal sooner.”

The advertisements feature Black and Latino Americans pointing to their arms where a coronavirus vaccine injection would be given, then a nurse appears to give a Black man a shot. The ad ends featuring the website, preventCOVID.org, where people can sign up to join a trial.

Another ad shows a couple cooing in Spanish at a video of their newborn grandson. Then the couple’s daughter looks into the camera and says “I wonder when they’re going to get to see him” in Spanish.

There are currently three coronavirus vaccine trials in the U.S., but Dr. Larry Corey, who runs the group that developed the ads, told CNN that the trials need more minority volunteers. Corey added he knows the ads won’t instantly increase enrollment, but he hopes they help.

“Not everybody is thinking about how they could play a role in ending the pandemic,” said Corey, who is leading the COVID-19 Prevention Network. “The point of any advertising is to reveal options, to reveal choices.”

A Pew Research Center study released in June showed Black Americans are more hesitant to trust medical scientists, embrace the use of experimental medical treatments, and sign up for a potential vaccine to combat the illness

An Associated Press-NORC Center for Public Affairs Research survey in June found White Americans were far more likely to get a coronavirus vaccine, outpacing Black Americans 56% to 25%. The survey also found that 37% of Hispanics will get a vaccine once one becomes readily available.

Dr. Anthony Fauci, the director of the National Institute of Allergy and Infectious Diseases, has said that about 37% of the volunteers in coronavirus vaccine clinical trials are Latino, and 27% are Black.

The ads were created by the COVID-19 Prevention Network and were scheduled to start airing yesterday on major television networks as well as the BET network, the Oprah Winfrey Network, TV One, Telemundo, and Univision.