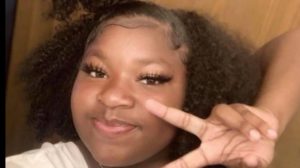 New details have emerged in the fatal police shooting of 16-year-old Ma’Khia Bryant. And the details make her death even more devastating.

According to CNN, Bryant’s foster mother, Angela Moore, has opened up about the events leading up to Bryant’s death. Moore revealed that the incident started over two of the woman’s former foster children coming to the home and telling the current fosters to clean up the house.

“It was over keeping the house clean,” Moore said. “The older one told them to clean up the house because ‘Mom doesn’t like the house dirty,’” Moore recalled being told after she arrived home from work. “So that’s how it all started.”

Bryant and the unidentified woman argued over the chores at the Columbus home. The women had come to visit to celebrate Moore’s birthday.

CNN reported that Moore revealed that arguments between Bryant and the other party were a regular occurrence. She also told CNN that she was relaying what she heard from another young lady present at the time of the shooting.

“You’re not the guardian of me,” Bryant allegedly told one woman.

“They argue all the time,” Moore expressed, “but I never thought it would escalate like that.”

The caregiver was not home at the time of the shooting. She said she learned of Bryant’s death through a phone call from the young woman wearing pink in the police video footage. She could be seen fleeing away from Bryant as Columbus police officer Nicholas Reardon fired four bullets into the girl’s chest.

“Mom, get home. Where are you? They’re going crazy,” Moore said the young woman told her.

It was crazy, indeed. When Moore arrived at the house on Legion Lane, a cop notified her that Bryant had died.

“I never in my worst nightmare would have thought it would ever come to this,” she said.

The honor roll student loved to cook and make TikTok videos. And she had only been at the home for a few months, according to CNN.

Outside Moore’s home,  mourners have created a shrine for Bryant.

“She liked to dance. She did chores around the house,” the woman told the publication.