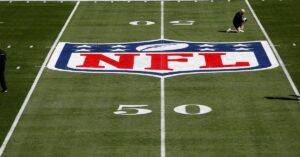 According to ESPN, the NFL plans a diversity seminar geared toward prospective minority head coaches and upper management executives.

ESPN has obtained a memo distributed within the NFL offices and sent to the owners, general managers, and head coaches of NFL teams. The NFL intends to hold a seminar for 64 prospective head coaching and general manager candidates to address the diversity issues within its coaching and front-office positions. This gathering is expected to occur at its annual spring owners meeting later this month in Atlanta.

The memo was sent out on April 8 to bring attention to the two-day meeting on May 23–24. It stated that it would feature networking opportunities for “diverse, prospective Club-nominated head coaching and general manager prospects” with team owners and other high-ranking executives.

The memo encourages each NFL team to nominate two participants, “one from the coaching side and one from the player personnel side.” It requests that those participants be “senior women and minority high-potential coach or player personnel” candidates. A source said the group of 64 (two for each of the 32 NFL teams) would participate in sessions that are developed to further their education on the business of football and discuss coaching techniques.

The initiative “aims to provide senior women and minority high-potential coach or player personnel exposure to owners across the league to develop direct connections. Conversely, providing owners the ability to engage with new prospects in a natural and personal way without violating the Anti-Tampering rule policies.”

The program’s primary objective is to gather minority candidates for head coach and general manager openings and the opportunity to meet with the league’s highest-ranking decision-makers. The idea came from the feedback gained from the league’s diversity committee at the NFL scouting combine in March. They used the suggestions and ideas unsuccessful candidates shared with the committee during the most recent coach/general manager hiring cycle. Some of the candidates told the committee that it bothered them that the first time they ever met a team owner was at the point where they were being interviewed for the position.