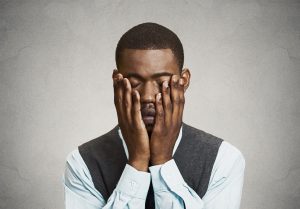 An estimated 2% of Black households, roughly 340,000 families, have a net worth over $1 million, according to the economic state of Black America report. In comparison, more than one in every seven White households have surpassed the million dollar mark.

“Wealth flows through us, not to us,” says J.D. Smith, author of Financial Distancing: How to Economically Quarantine Your Wealth, in an interview with Black Enterprise. “We shouldn’t be six feet apart when it comes to building wealth.”

He continues, “We are constantly transferring money from one institution to another. We go to school and have to take on additional jobs to fund our education and overall living expenses. Money typically goes from our jobs to the education system. And this pattern doesn’t stop after graduation. When we get into the workforce, money often flows from our jobs to pay hefty mortgage and student debt payments to keep up with the lifestyles of our colleagues. We need to allocate more money toward investing if we want to build wealth.”

The Net Worth Journey For Black Families

The study explores ways in which occupational choices, spending decisions, debt load, and saving habits contribute to the net worth of Black families. The study also examines how policy and labor laws consciously lifted the wealth potential of the white middle class while excluding Black workers. The sum of these factors and centuries of inequities have contributed to the growing wealth gap we see today.

The report summarizes occupational representation in various industries within the United States. Black workers are concentrated in lower wage jobs. They are also paid less than white workers for doing the same job. According to the report, more than two out of five Black workers earn less than $30,000 a year. In the long run, lower earnings leads to less savings, more debt traps, and limited investment opportunities.

Overall, the report reveals that Black households have one-eighth the wealth of the median White household. When you break down the numbers, the inequities are even more depressing. An estimated 7.8 million Black families have a net worth of less than $10,000. Approximately 3.5 million families have a negative net worth due to the overwhelming burden of debt.

More Black Families Are Aiming For $1 Million Net Worth

Although the wealth statistics are startling for Black families, there are a growing number of individuals who are moving closer to their financial goals every day.

Lakisha Simmons, an associate professor of analytics at Belmont University, started her wealth building journey in 2016. She only had $5,000 in savings after her marriage ended. Five years later, her net worth has exceeded $750,000 and she’s on track to become a millionaire next year. Simmons reached her goals by managing her expenses, maxing out her retirement accounts, and investing in brokerage accounts.

More Black people are retiring early and showing others how to build their net worth at any age. Jackie Cummings Koski started investing her money and reached financial independence at age 46. Three years later, she retired with a net worth of $1.3 million while making less than $95,000 a year.

Low savings rates have led to more debt in Black communities, according to McKinsey & Company’s study. That’s why Koski advocates saving a consistent amount every week to achieve financial goals. She shares that saving $50 a week for 40 years could help more people achieve their millionaire goals.

“You’re not going to be saving or investing unless in your mind you believe it will make a difference,” Koski told Market Watch. “It may take a while to really get your head around things like me, but it happens, and when it does, it is very, very powerful.”

The report shows that the median Black family wealth is $24,000 while median White family wealth is around $188,000. According to the report, Black wealth could skyrocket if financial barriers were dismantled.