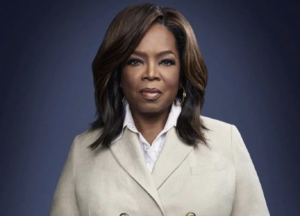 During the height of the pandemic in 2020, television icon Oprah Winfrey tenaciously absorbed the stories of people affected by COVID-19. The story of Gary Fowler, who tried to receive care from many hospitals in Detroit but was unsuccessful, went home and wrote that he could not breathe before he died. His death shook the media mogul. Fowler’s story led Winfrey to executive-produce her documentary The Color of Care to take a deep dive into the structural racism embedded within the U.S. healthcare system, Today reports.

In collaboration with the Smithsonian Channel and Winfrey’s Harpo Productions, the film tapped award-winning filmmaker Yance Ford to direct the project. The documentary assembles interviews from families of color who lost family members and friends to the disease and the agonizing measures they took to obtain medical care before they passed, The Los Angeles Times reports.

The Color of Care will premiere Sunday on Smithsonian Channel; it will also be free to view on the Smithsonian’s Facebook page and YouTube channel until May 31, according to Times.

“So in that moment, being a celebrity worked against me. I remember going back to one doctor who had actually given me an angiogram and I said, it wasn’t a heart problem, it was a thyroid problem,” recalled the former talk show host. “And she said, ‘What was I gonna do? You’re Oprah Winfrey, and I wasn’t going to have you die on me without having done everything I thought I could do.’”

The experience taught Winfrey to always seek out multiple opinions from healthcare providers and to have someone accompany her to the hospital to serve as her advocate.