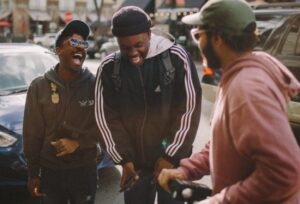 The $500,000 institutional grants were awarded to:

“Each of Public Welfare’s True Reformer grant recipients demonstrates courageous leadership in advancing justice that’s just. They are paving the way for a new, transformative approach to justice that is community-led, restorative and racially just. They deserve not just our praise, but our investment to ensure that they can continue to advance this work in the years to come.”

Institutional grants are one-time infusions of capital intended to strengthen an organization’s operating and programmatic infrastructure so that it can continue its work well into the future. Each organization’s leadership has identified specific and tailored ways that they will use the funding, including, but not limited to, strategic planning, staffing increases, technology enhancements and operating reserves.

“The Michigan Center for Youth Justice has an ambitious agenda for the coming years that will help to reimagine our state’s juvenile justice system by shifting to a model that is transparent, data-driven and prioritizes healing over punishment and incarceration,” said Jason Smith, executive director of Michigan Center for Youth Justice and True Reformer grant recipient.

“This gift from Public Welfare Foundation will help MCYJ build and strengthen our organizational capacities to achieve our policy reform goals and support us as we move toward intentionally centering the voices of youth and families who have been directly impacted by the justice system in all aspects of our work.”