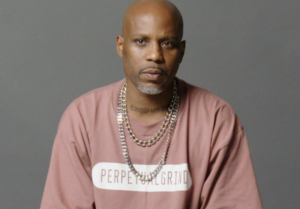 DMX, 50, was rushed to an undisclosed hospital in White Plains, New York at 11 pm on April 2. The “Ruff Ryder’s Anthem” emcee, whose real name is Earl Simmons, is listed in grave condition and doctors have given a somber prognosis.

Although one source told the news outlet that he had some brain activity, another source claimed DMX was in a “vegetative state.”

DMX has had an extensive battle with drug addiction, and the Yonkers emcee has been open about his addiction. His drug use began at 14 when a supposed mentor introduced a young Simmons to crack cocaine.

The quinquagenarian has attempted to overcome his addiction multiples times with his last rehab stint being in October 2019.

Fresh from a one-year bid for tax evasion, the rapper spiraled into a binge and sought help after canceling scheduled performances.

“In his ongoing commitment to putting family and sobriety first, DMX has checked himself into a rehab facility. He apologizes for his canceled shows and thanks his fans for their continued support.”

Following the news of DMX’s hospitalization, fans took to Twitter to extend support and prayers to the father and husband.

His story is as captivating as his music, no matter the outcome i pray he receives the peace he deserves

Some years ago, I lost about 30lbs. running almost every day. This man’s music was in my ear more than anyone else’s. My favorite rapper of all time. Addiction is a terrible disease. Hope he pulls through.https://t.co/HvkPThhGGf

I heard what happened to DMX and the brother has been battling his demons throughout his career, so let’s give him our thoughts and prayers right now to him for him to get better and pull through #DMXSuffersOD #prayingforDMX 🙏🏽🙏🏽🙏🏽

“DMX Suffers OD” This breaks my heart seriously man. Please pull through D. And anyone who has addiction issues. Please seek help. Respect Ruff Ryda. One of the most brilliant and prolific Rappers out there.

I know X has been battling demons his whole life. I pray he gets better and gets the help he needs. Plus being born and raised in Yonkers just like X makes it different for me. 🙏🏼https://t.co/9ivgwlH7QA

*UPDATE* DMX’s attorney told PIX11 that the rapper was taken off life support and is breathing on his own.

“He’s been in the hospital as the result of a heart attack,” Murray Richman said. “He’s been taken off the life support system, he’s breathing on his own, but we are concerned. It would be disingenuous of me to suggest I’m not a worried man at this particular point.”

“Earl Simmons, DMX, in my opinion, is one of the greatest poets of our time. And what he had to say, if they bother to listen, if they could overcome their hostility to rap, would learn a great deal.”

NEW: DMX has been “taken off life support and is breathing on his own,” his attorney tells @PIX11News pic.twitter.com/FquCBE66sa