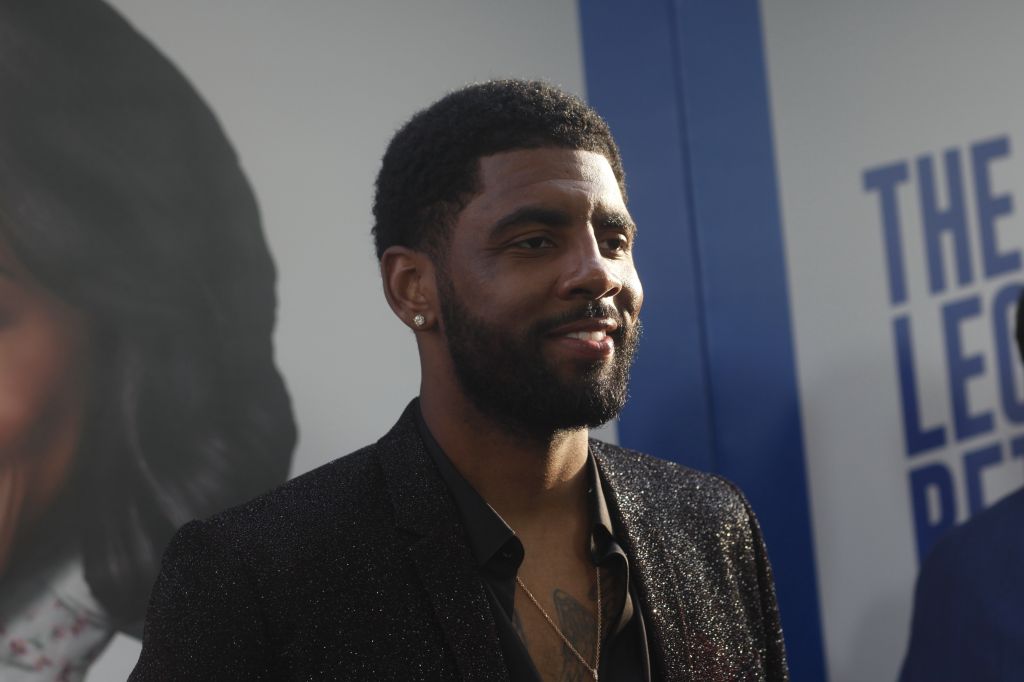 Shaquille O’Neal was never really one to bite his tongue, so it shouldn’t really surprise anyone that he share his feelings about Kyrie Irving being a vaccine skeptic and says the Brooklyn Nets should cut ties with the controversial flat earther/point guard.

During an interview on with Tiki and Tierney, Shaq Diesel said that he’d go to management and tell them to get Kyrie “up out of here” and “We can win with a two-punch and a great shooter and some rebounders like we got. Get his ass up out of here.” Well, we actually believe he’d do something like that. Luckily the Nets have KD and James Harden to move the team forward, but the NBA in 2021 does need a Big Three to compete for a title.

Being that Kyrie isn’t vaccinated he won’t be eligible to play in a few NBA arenas including his home floor in Brooklyn, New York. That’s half the games of the season right there.

“Whoever owns the Brooklyn Nets, get him up out of here.”

That’s not to say Shaq doesn’t respect Kyrie’s right to his own views and thoughts. But the NBA legend feels that once it begins to affect the team sport, it’s a different story. “He does have an obligation because he took that $200 million,” said Shaq. “Once you sign up for this life there is no privacy. And you have to accept it.”

Well, he’s not wrong. Should Kyrie continue to refuse to get the jab he can end up losing up to $17.5 million in lost paychecks. Whether or not that’s enough to sway him to get vaccinated remains to be seen, but for now he seems set on defying the mandate set by the NBA.


Shaquille O’Neal Criticizes Kyrie Irving For Not Getting Vaccinated
was originally published on
hiphopwired.com