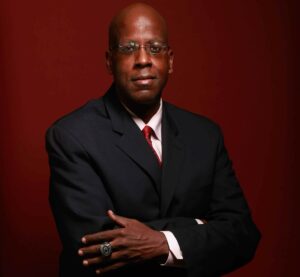 After almost a decade and a half in the post, Gregory Moore has announced he will be departing as commissioner of the Southern Intercollegiate Athletic Conference (SIAC).

According to a SIAC release, Moore, who will leave at the end of June, is the conference’s longest-tenured commissioner in its 108-year history. He successfully confronted numerous challenges with intelligence, integrity, and entrepreneurial skill during his tenure as he increased league revenue by 450%.

Moore also helped improve SIAC partnership revenue by 800% and negotiated multi-year partnerships with Coca-Cola, GEICO, Nike, The Home Depot, TIAA and the Google Foundation. In a statement, Moore called his time as commissioner one of his best experiences.

“My service as commissioner of the SIAC was among the most rewarding experiences of my life and I am indebted to every president for whom I have served. This was not an easy decision – particularly in light of the very successful year that the SIAC recently enjoyed. I am committed to working with the SIAC to help ensure a smooth transition,” Moore said in a statement.

Moore’s other accomplishments as SIAC Commissioner include:

“Commissioner Moore has done an exemplary job. Under his leadership, the SIAC has evolved into one of the country’s most competitive and highly sought-after Division II leagues. We thank him for his service and wish him well as he returns to the practice of law,” Dr. Roslyn Clark Artis, president of Benedict College and secretary of the SIAC Presidents Council said in a statement.