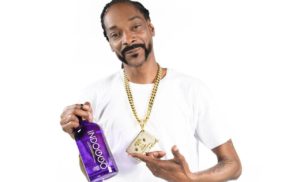 Earlier this year, a lawsuit was filed against the new owner of Death Row Records, Calvin “Snoop Dogg” Broadus Jr., accusing him of sexually assaulting a young woman nearly 10 years ago. Last week, that accuser suddenly dropped the lawsuit against the entertainer.

According to USA Today, attorneys for the young woman who made the accusations against Snoop and his associate, Bishop Don Magic Juan, filed a notice of dismissal with California’s Central District Court last Wednesday. The plaintiff asked that the court dismiss the lawsuit “in its entirety.” The next day, U.S. district judge George H. Wu ordered the dismissal as requested.

There was no documented reason why the plaintiff chose to move to dismiss the lawsuit originally filed on Feb. 9.

“It is not surprising that the plaintiff dismissed her complaint against the defendants. Her complaint was full of false allegations and deficiencies,” a representative for the Gin and Juice rapper said in a written statement to USA Today.

In February, the woman identified as Jane Doe claimed that the alleged act occurred after she went to a Snoop Dogg show in May 2013.

According to the lawsuit, the woman and a friend of hers went back to Snoop’s studio with him and Donald Campbell, also known as Bishop Don Magic Juan.

The woman alleged that she asked Juan to take her home after her friend left the studio, but he brought her back to his house. Juan supposedly convinced her to go with him to Snoop’s studio despite her not wanting to. She stated that she did not feel well, and after getting to the studio, she went to the bathroom. She then alleges Snoop came into the bathroom where he told her to place his genitals in her mouth and later masturbated on her before leaving the bathroom.

What they’re saying in Texas, nationally after Alabama beats Longhorns