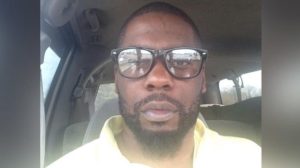 A police killing of a Black man, described as an “execution” by members of the victim’s family, died from a gunshot wound to the back of the head, according to the state autopsy report.

According to CNN, based on a state autopsy report commissioned by the family, Andrew Brown Jr. died of a gunshot wound to the back of the head. The report also listed the cause of death as a homicide.

Back in February, the attorneys and family of Andrew Brown Jr., had labeled his death in North Carolina as an “execution.’’ The family spoke at a press conference after they were allowed to see just 20 seconds of police bodycam video of the incident that resulted in Brown’s death at the hands of law enforcement.

Sheriff’s deputies shot and killed the 42-year-old Brown while executing a search and arrest warrant at his place of residence in April in Elizabeth City, NC.

According to FOX 8, the attorneys for Brown’s family issued a written statement following the release of the autopsy.

“The autopsy results prove what we’ve always known to be true: Pasquotank County deputies executed Andrew Brown Jr. with a kill shot to the back of the head,” the attorneys said. “The false narrative that DA Womble has attempted to weave is completely discredited by this autopsy report.

“Despite law enforcement’s and the district attorney’s best efforts to hide the facts in this case, and paint Andrew as a villain, we are confident that the truth will be revealed and justice will prevail. We will continue to demand release of video footage from the day Andrew was killed, and we won’t stop fighting for transparency and accountability from law enforcement and the district attorney. From what we’ve seen thus far from both parties, we have a long way to go.”

Last month, a North Carolina prosecutor said that he will not bring criminal charges against sheriff’s deputies for the fatal shooting of Brown, a Black man, outside his home last month, saying that the killing was justified because Brown endangered their lives by driving toward them.

Pasquotank County District Attorney Andrew Womble said he had concluded his investigation and found no wrongdoing by the deputies.