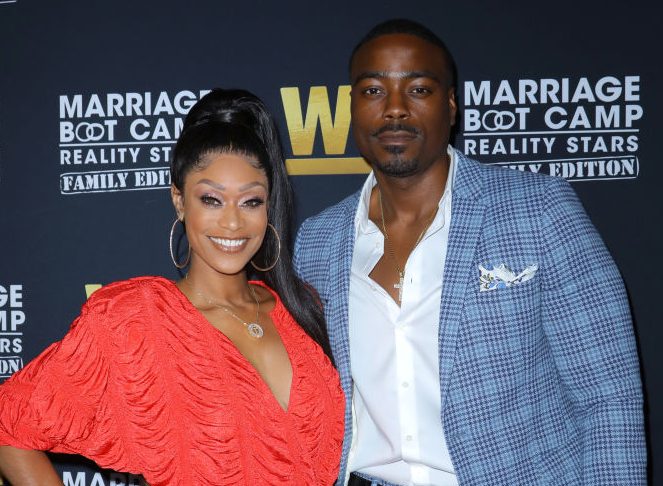 Tami Roman has clarified a statement she made on a recent episode of ‘The Real’ where she admitted to offering her husband, Reggie Youngblood, to “make a baby” and return to her in a year or two. In a 10-minute clip uploaded to her Youtube channel, the reality star addressed the folks in an uproar over her Reggie revelation.

“I wanted to provide you guys some clarity because I feel like you guys are not getting the full picture.”

Tami said the 1-minute segment couldn’t paint all the circumstances around why she made the offer for Reggie to procreate outside of their relationship in the first place.

In the next several minutes of her Youtube video, Tami detailed the ups and downs of their process to conceive including three unfortunate miscarriages when they tried to do it the natural way.

Tami, 51, says she tried IVF with an amazing doctor named Tina Coopersmith several years ago, with six eggs left to freeze. Years later, and with five eggs that survived that process, she says a doctor’s candid opinion that their baby could be born with complications changed her mind about using a surrogate with her eggs.

“Even if we found someone and they were going to carry [a baby] there’s a very strong possibility we can end up with a special needs child. That is not something that I want my husband, who has no children, to have to deal with.”

Tami also let people know that Reggie still turned down the offer to procreate outside of their marital home. For now, Tami says she’s focused on her career instead of conceiving with her spouse.