People of color have been fighting for a seat at the table in the technology sector for years. Yet, in spite of the dollars, initiatives, and resources allocated to increase diversity in Silicon Valley, very little has changed. According to the most recent U.S. government data released in 2016, African Americans make up just 3% of employees in the top 75 U.S. tech firms, reports USA Today. At Amazon, for example, 24.5% of its U.S. employees identified as black from the end of 2018, but only 7.2% of black employees work in managerial roles, according to its most recent company disclosures. Meanwhile, just 2.6% of U.S. workers identity as black at Alphabet, Google’s parent company, according to its recent figures.

The Roadmap to Billions

Rather than fighting for a seat at the table, the Roadmap to Billions Conference presented by Black Women Talk Tech (BWTT) is empowering black female founders to build their own tables on their own terms. Founded in 2017, Black Women Talk Tech is a collective of black women tech founders created by Esosa Ighodaro, Lauren Washington, and Regina Gwynn. Through the annual summit, the group aims to showcase the brilliance of black women in tech, foster deep connections, and give them access to capital. And ultimately, they aim to produce the next billion-dollar business.

“Originally, the whole purpose wasn’t to create a conference,” Ighodaro told BLACK ENTERPRISE. “It was more so just to meet up with other black women tech founders and figure out a way for us all to learn from each other and support each other’s businesses.” 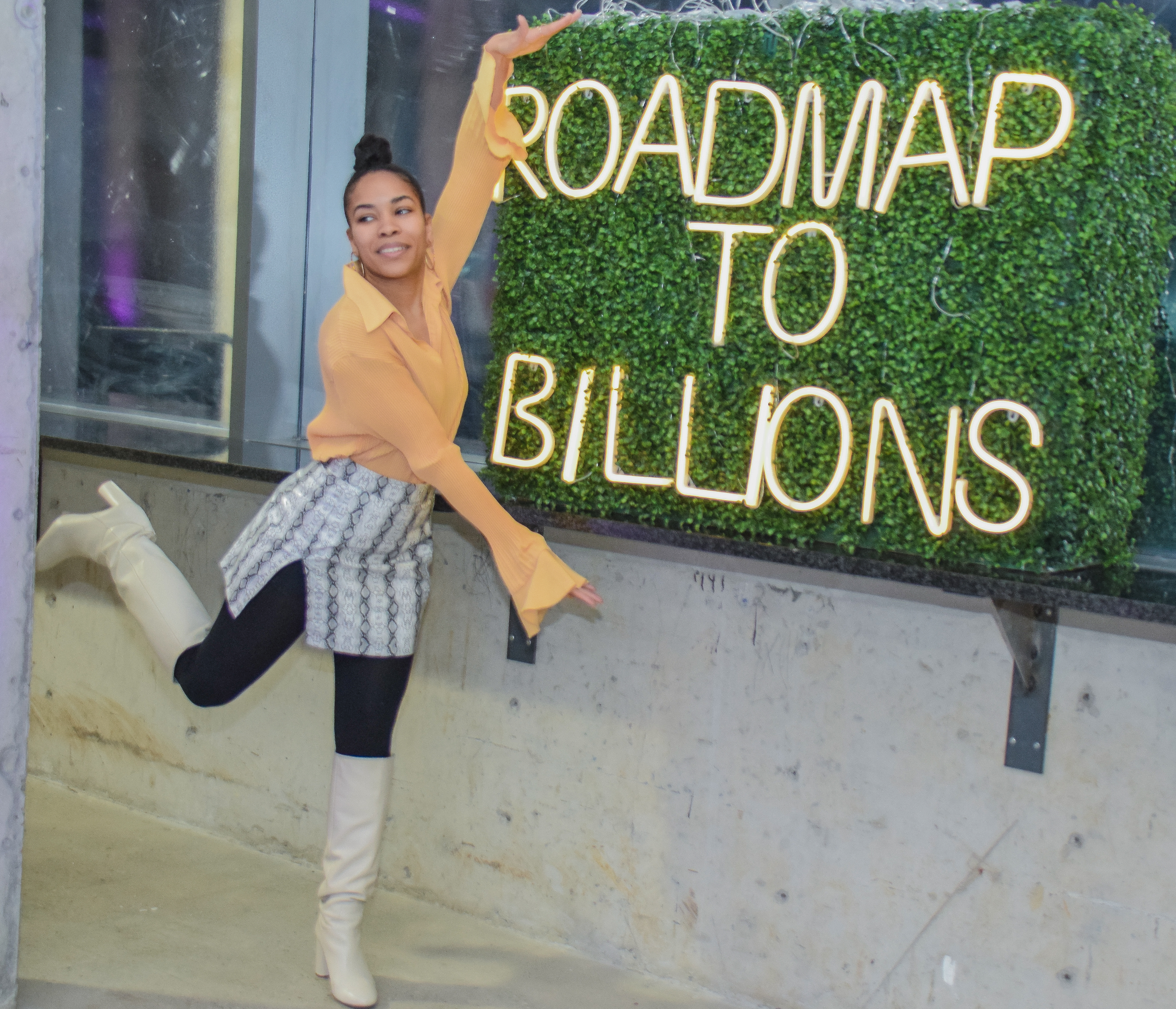 Their initial 30-person meetup, however, quickly ballooned into the largest gathering of black women in the tech space. The event hosted 550 people in 2018 and 1,300 in 2019. Besides its drastic growth, the Roadmap to Billions Conference has helped elevate some of the most notable black women founders in tech. Crystal Etienne, the founder of the femtech undergarment line Ruby Love, met her first investor at the event in 2017. “Her first investor into her company came from that very first meeting,” Ighodaro says. “Within 10 months, she scaled it to a seven-figure business. And then the year after that, she scaled it to $10 million and then she raised last year $15 million in funding,” she said. “The investor came to us and was thanking us for helping him find an amazing entrepreneur who he believed would kill it in the next few years,” she added.

The conference also catapulted Angel Rich’s career in fintech, says Ighodaro. Rich, the CEO of The Wealth Factory Inc., a financial literacy program for young people, won a pitch competition at the inaugural summit. Rather than being rewarded with a cash prize, Rich was granted access to enter the BLACK ENTERPRISE pitch competition at the 2017 Entrepreneurs Summit, where she ended up winning $10,000.

“She was trying to raise money for 10 years and ended up raising money within two months as a result of the conference and meeting all of these great people,” says Ighodaro. In addition, Rich also received lots of press coverage and was named the next Steve Jobs by Forbes, she adds.

The success of the conference is also illustrated by Simone Spence, the founder of Don’t Get Mad, Get Paid, a tech company that helps moms collect unpaid child support. Spence won the pitch competition at the conference last year and went on to “raise a ton of money and is building a monster of a business,” says Ighodaro. “Our pitch money was one of her first checks and she [went on] to do $3 million in sales.” 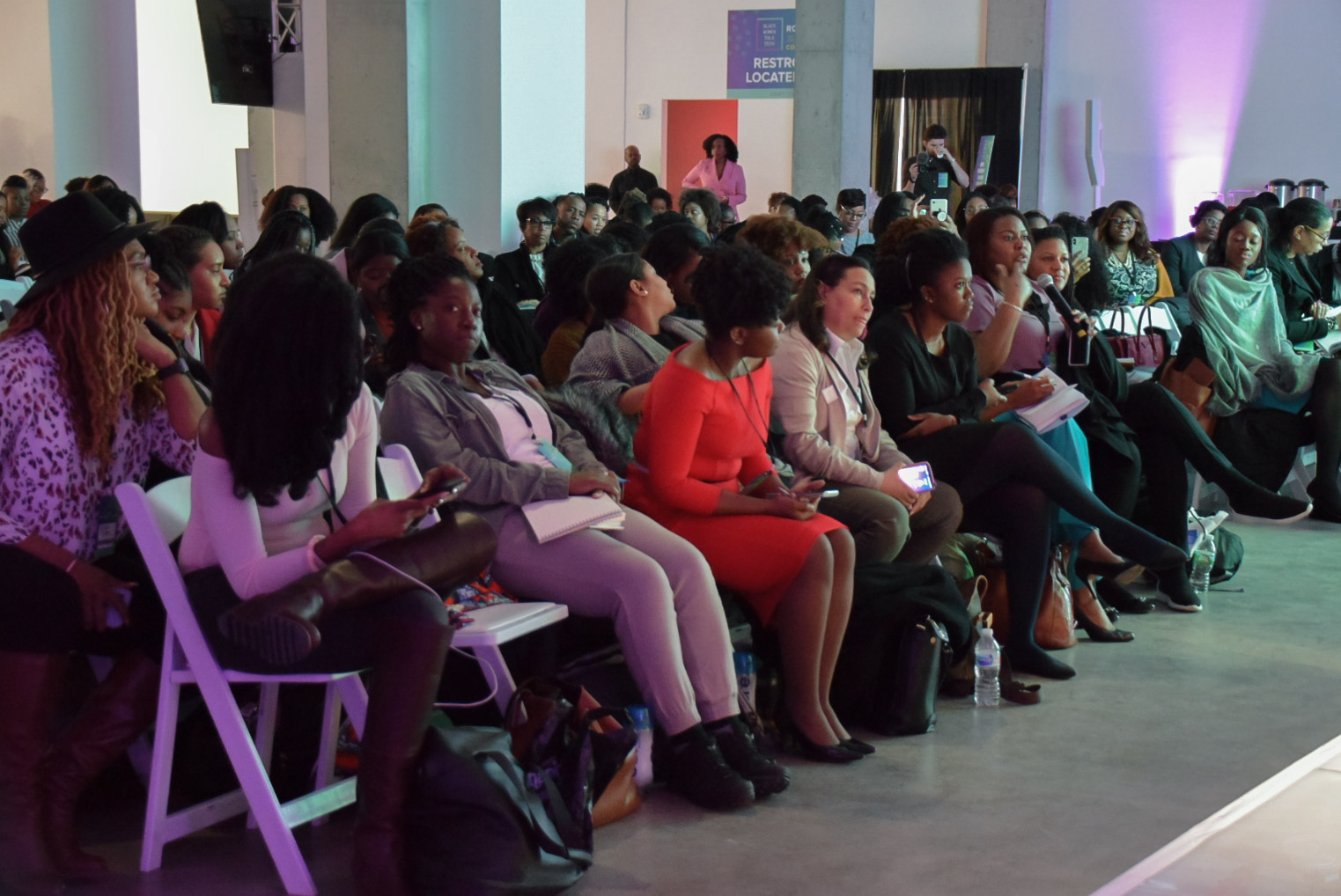 This year’s conference should be no different when it comes to providing women of color with the tools, information, and resources they need to advance in tech. The fourth annual Roadmap to Billions conference is kicking off on Feb. 27–29 in New York City and will be partially sponsored by BLACK ENTERPRISE. The three-day event includes a pitch competition, a political town hall, a headshot studio, mentor group sessions, workshops, and panels. Keynote speakers include Courtney Adeleye, the founder of The Mane Choice Hair Solution; Darline Jean, chief digital officer of Essence Communications; and Lisa Skeete-Tatum, the founder and CEO of Landit.

“This conference is really dynamic in designing for black women. Everything is [designed] with me in mind. And there’s not a lot of spaces that are like that, especially in technology—that’s like a unicorn,” says Ighodaro.

Lonzo Ball entered the NBA on a hype train, but took a humble route to his well-earned riches