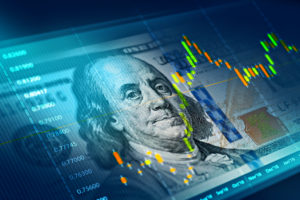 The lack of Black Americans participating in the stock market increases the post-pandemic wealth gap and leaves Black men and women behind.

According to CNBC, just 34% of Black American households own equity investments compared with 61% of white families. The average value of stocks held by Black Americans is just $14,400. Meanwhile, white Americans average more than $50,000.

“Because Black households are less likely to be invested in the stock market and on every level less likely to be engaged in the financial system, they not only entered the pandemic with large gaps, the likelihood is that we are going to see some of these gaps widen coming out of the pandemic,” John Lettieri, the Economic Innovation Group’s president and CEO told CNBC.

The stock market crash of 2020 was more significant than previous cases, including the Great Depression and the housing crisis of 2008. The market rebounded faster than many thought, with the government injecting trillions of dollars into the economy through COVID relief spending. That included checks sent directly to households and government loan programs for businesses.

Institutional racism also plays a significant part in why Black Americans are less involved in the stock market and are less educated about money in general.

Black Americans tend to be less educated regarding money, including the stock market itself. Also, Black Americans have less access to credit, and many still face barriers when it comes to money. Even something as simple as opening a bank account can be a struggle.