Actor Gary LeRoi Gray, best known for his childhood role as Nelson Tibideaux, from The Cosby Show, is celebrating 30 years in the business. He has since appeared in movies, television and animation. 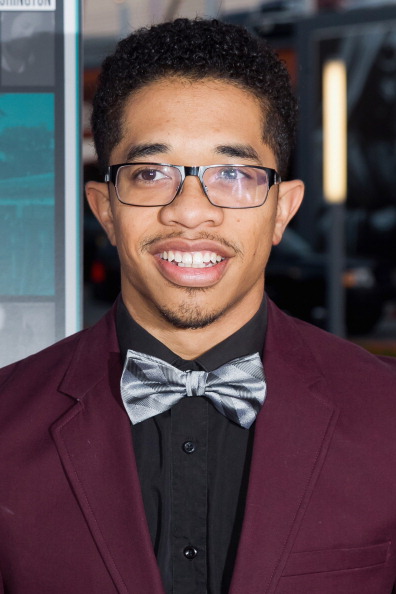 The child star played the son of Sondra Huxtable Tibideaux and Elvin Tibideaux on the NBC sitcom The Cosby Show. While his time on the show was short lived in the series eighth and final season, Gray had a memorable impact on the show’s success. The opportunity afforded him a substantial career in entertainment.

Gray went on to appear in many notable 90’s sitcoms from Family Matters, The Fresh Prince of Bel-Air, and Living Single. A bulk of Gary’s contributions came from Nickelodeon’s early 2000s animation series like Fairly Odd Parents and Rocket Power. He also appeared in Bring It On: All or Nothing starring Solange.

Often times, fans may not see the work of actors who transition from child stars into adulthood. However, Gray took to social media to congratulate himself for 30 years of continuous elevation in the business. He also thanked the people who contributed to his success over the years.

He captioned a collage of his many roles on Twitter saying, “Officially celebrating THIRTY YEARS in the acting game today. I am so thankful for every person/peer and set I’ve learned from. (Some of my favorites below) Thank you to the fans – without you my career is simply not possible. Today is dedicated to you!”

Take some time to revisit the 34-year-old’s acting resume as a celebratory nod to his many contributions in television and film. Alongside his work as an actor, Gary has collected a writing credit for his work with The Cosby Show veteran Keshia Knight Pulliam on a television series entitled 3 Year Plan in 2018.

Cheers to more acting and writing credits for the young star who once melted our hearts in a plethora of nostalgic family sitcoms. Could you imagine Gary L. Gray playing a role in a modern-day sitcom?


This Child Star Celebrates 30 Years In The Business With Nostalgic Social Media Post
was originally published on
globalgrind.com