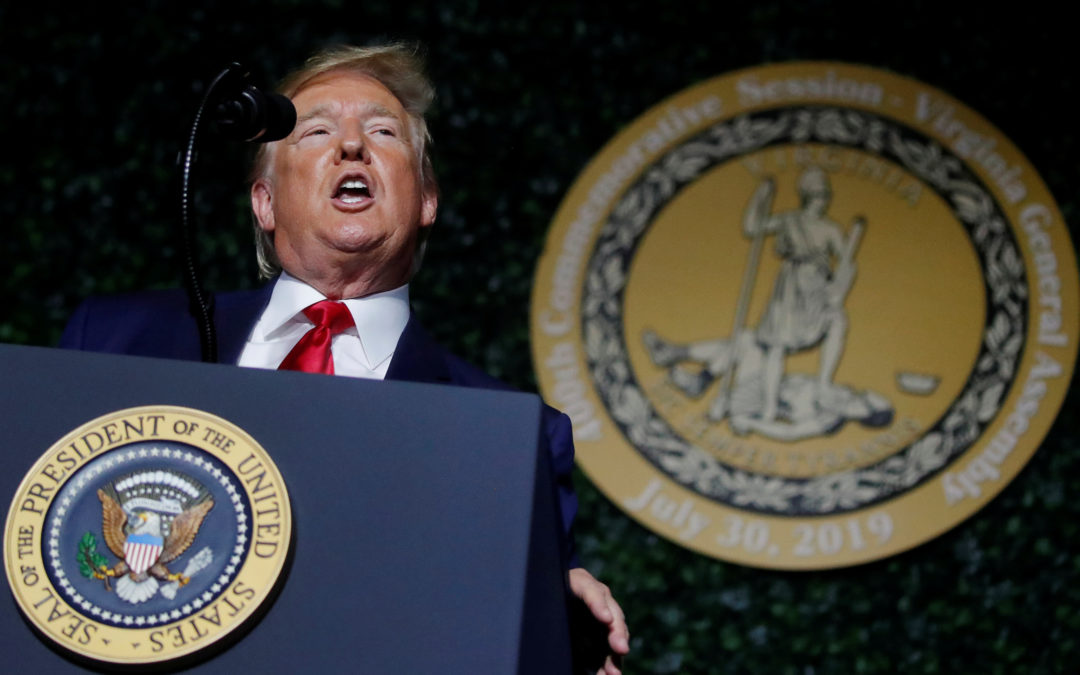 U.S. President Donald Trump speaks at an event celebrating the 400th anniversary of the first meeting (July 30, 1619) of the Virginia state legislature in Historic Jamestowne in Williamsburg, Virginia, (REUTERS/Carlos Barria)

A new poll shows more than 80% of Americans are willing to wait for normal life to resume in order to stop the spread of the coronavirus, even if President Donald Trump isn’t.

According to Forbes, the poll, conducted by Politico, shows 81% of Americans believe the country “should continue to maintain social distance for as long as is needed to curb the spread of the coronavirus, even if it means continued damage to the economy. Just 10% of Americans believe they “should stop social distancing to stimulate the economy, even if it means increasing the spread of coronavirus.” Another 9% have no opinion.

The poll was released while Trump is desperately trying to reopen the economy as millions are unemployed and many are struggling to receive unemployment benefits.

“It’s going to be very close, maybe even before the date of May 1st … for some states,” Trump said at a White House press briefing Tuesday. “Actually there are over 20 states that are in extremely good shape. And we think we’re going to be able to get them open fairly quickly, and then others will follow.

A Pew poll indicated last month that Democrats were far more concerned about the virus than Republicans were. That gap appears to have closed significantly in the new poll by Morning Consult and Politico.

The virus has killed more than 600,000 people across the country with almost 35,000 deaths—10,000 people in New York City alone have died. USA Today reported more than 22 million citizens have filed for unemployment and the number is expected to continue to rise.