Twitter finally got some courage and permanently banned Donald Trump from the site. The move on Friday follows a temporary suspension of Trump’s account after Wednesday’s coordinated attacks on the U.S. Capitol and several other sites around the country.

“In the context of horrific events this week, we made it clear on Wednesday that additional violations of the Twitter Rules would potentially result in this very course of action,” Twitter explained in a statement on its blog.

See how easy that was @Twitter? Now imagine if you’d hit the button about a presidential term sooner. 🚮 https://t.co/c5ToWnDSoK

Twitter’s action comes after employees demanded the site finally take real action to address Trump’s incitement and use of the platform to spread disinformation and hate. The Verve reported that more than 300 Twitter employees signed a petition calling on the company to investigate its decision-making in regards to the moderation of Trump’s account.

While there are many examples over the past several years of violations of the terms of service and instigating hateful behavior, Twitter explained the ban was to minimize “the risk of further incitement of violence.”

The demand from Twitter employees is not the first attempt to hold the platform accountable for its role in platforming hate. Free Press released a statement calling Twitter’s decision a victory for organizers.

“Twitter’s decision to permanently suspend Donald Trump is a victory for racial-justice advocates who have long condemned his continued abuse of the platform,” said Free Press Co-CEO and Change the Terms co-founder Jessica J. González.

“From the launch of his presidential campaign when he defamed Mexicans as rapists, criminals and drug dealers, to the desperate last gasps of his presidency as he has egged on white supremacists to commit violence and insurrection, Trump had used his Twitter account to incite violence, lie about the election outcome, encourage racists and spread conspiracy theories. He did not deserve a platform on Twitter, or on any other social or traditional media,” González added.

A member of the Change the Terms and Stop Hate for Profit coalitions, Free Press reiterated a call for media reparations to address “historical harms that our government and media institutions have inflicted on the Black community in promoting and upholding white supremacy in our society.”

Trump has been banned for the remainder of his term from posting on Facebook and Instagram. Facebook left open the possibility of barring him from the site for even longer. Despite the action, Facebook CEO Mark Zuckerberg remains fixated on protecting even controversial political speech.

Parler, a well known social media refuge for right-wing conspiracies and hate speech, was suspended by Google Play ad removed it from the app store until the site institutes moderation policies and actual enforcement. Parler was given 24 hours to clean up hate-filled posts on the site or face removal from the Apple app store. 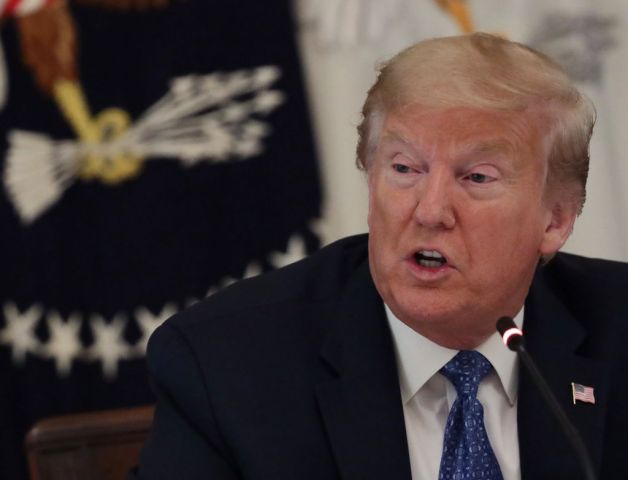 Me: insulting nicknames are a pathetic way of engaging in public debate and demeaning to democracy itself

I’m laughing because I know he means Tweets but I’m digging the Tweety Bird thing more.

I’ve long said that Trump is bad at nicknames and so feel I can freely say that this nickname is just terriblehttps://t.co/GB7lDXMpGv

We are in a pandemic, going into an inevitable recession, student loans are hindering the majority of people under 30, and most people cant afford a 400$ emergency

But our politicians still find time to shit fling on twitter https://t.co/p86aUd5ZDv

A ball in a tree, a fan in the fairway with a golf club and a loaded leaderboard made for a wild ride at the U.S. Open