Following a rare weekend off, the UFC is back at its Apex in Las Vegas on Saturday with a heavyweight contest between Jairzinho Rozenstruik and Augusto Sakai.

If we’re being honest, this UFC Fight Night offers a redo of sorts for Rozenstruik (11-2) and Sakai (15-2-1), as they are both coming off disappointing results in a UFC main event. Each of them had an opportunity to take a massive step forward in the division in his last fight — and each came up well short.

The UFC Apex plays host to a Fight Night card headlined by heavyweights eager to climb the rankings. Jairzinho Rozenstruik looks to rebound from losses in two of his past three fights, including one to current champ Francis Ngannou, while Augusto Sakai returns to action after suffering the first loss of his UFC career in September.

Rozenstruik, 33, in particular, was spectacularly lackluster in a five-round decision loss to Ciryl Gane in February. It wasn’t just that Rozenstruik lost every single round of that main event; it was that he never appeared to do much of anything to turn the tide in his favor. He was timid, and received plenty of postfight criticism for it.

“I have to be the first guy to this fight,” Rozenstruik told the media this week, in a clear nod to the recent criticism. “No matter what’s going on, how it’s going to happen, I have to be first. This fight is going to be exciting.”

For Sakai, 30, the disappointment is less about his performance than it is about the result. After starting his UFC career 4-0, he stumbled in his biggest test against Alistair Overeem last September. Sakai has shown promise and has plenty of years ahead of him, but in his first main event, against a step up in competition, he didn’t get it done.

If any of this analysis feels a little harsh — perhaps placing too high of an expectation on Rozenstruik and Sakai — that’s because it’s meant to be. The UFC’s heavyweight division is wide, wide, wide open. It has a new champion in Francis Ngannou and a potential major addition in former light heavyweight champion Jon Jones. But it is ripe for the taking otherwise.

Frankly, there are question marks surrounding every other heavyweight contender. Former champ Stipe Miocic is looking for a comeback but nearing 40 years old. Derrick Lewis is on a run but has come up short at the highest level before. Gane has potential but is relatively inexperienced. Curtis Blaydes, Alexander Volkov, Shamil Abdurakhimov, Walt Harris — none has set himself apart.

It is something of a gift for Rozenstruik and Sakai to get this main event billing, coming off their respective losses. Who will take advantage of it?

5: Victories by Rozenstruik since the start of 2019, all by knockout. That ties him with Ciryl Gane for the most heavyweight wins and with welterweight Vicente Luque for most finishes across all UFC divisions during that time span. Ten of Rozenstruik’s 11 career wins have come by KO/TKO.

11: Knockouts by Sakai among his 15 career bouts.

1: Natives of Suriname who have competed in the UFC. Rozenstruik is the only one.

5.27: Strikes landed per minute in the UFC by Sakai, the fourth most among active heavyweights (minimum five fights).

80: Percentage of opponents’ takedown attempts successfully defended in the UFC by Rozenstruik, the second best among active heavyweights. Marcin Tybura, who fights in Saturday’s co-main event, is first at 82.1%.

And the winner is … 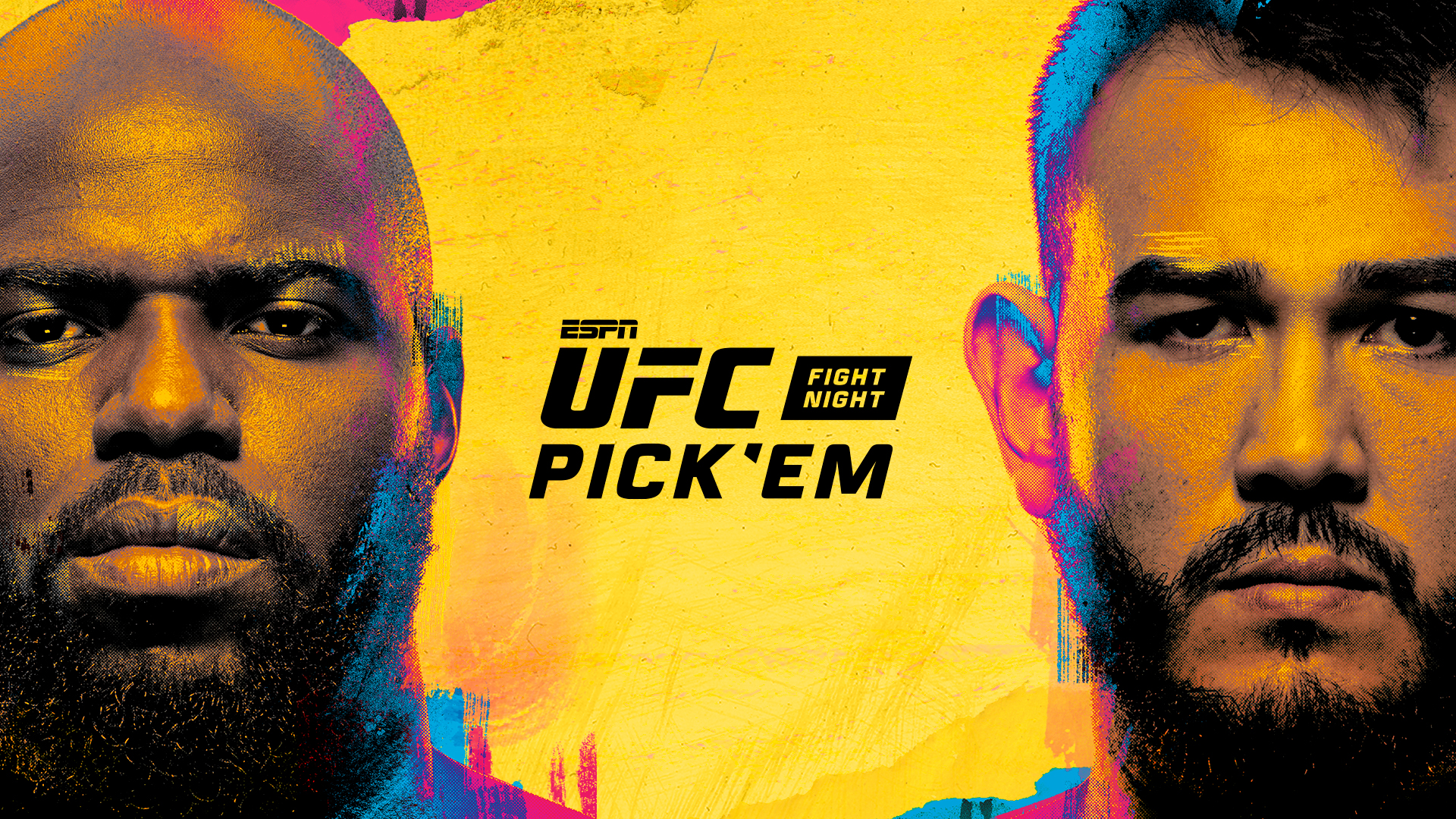 Compete for a chance to win a streaming of UFC 264 for FREE! Make Your Picks

“I think the longer it goes, the more it favors Sakai,” said Cody Donovan, who as Elevation Fight Team coach has prepared fighters for both men. “I was impressed with Jairzinho in the fight with Alistair Overeem. I don’t think he did much for most of the fight. In Round 4, I felt like he didn’t do anything. But Alistair kind of punched himself out, and Jairzinho did what he had to to win. … If I’m Sakai’s coach, we put on the volume, we move to our left, we stay away from Jairzinho’s left hand. We force the clinch, stuff where Sakai is pretty nasty.”

Check out how Donovan and other coaches break down the main event and predict a winner.

How to watch the fights

Watch the fights on ESPN+. If you don’t have ESPN+, get it here. Also: Download the ESPN App | WatchESPN | TV schedule

1. The co-main event, like the headlining bout, is at heavyweight. Marcin Tybura has won four straight, the longest streak of his UFC career. To keep it going, he’ll have to stay out of Walt Harris’s way early. Harris owns the third-fastest finish (12 seconds) in UFC heavyweight history. He has a 100% finish rate (13 KO/TKOs) and the third-shortest average fight time (6 minutes, 39 seconds) among active UFC heavyweights.

Alexander Volkanovski and Brian Ortega coach a dynamic cast of 16 ascending athletes who have put everything else in their lives aside for the chance to pursue their UFC dreams. Season premieres Tuesday, June 1. Watch on ESPN+

2. Roman Dolidze will attempt to continue the Georgian success story when he faces middleweight Laureano Staropoli. Since the start of 2020, fighters from the Republic of Georgia are 15-2 in the UFC.

3. LFA middleweight champion Gregory Rodrigues will make his UFC debut as a replacement opponent for Dusko Todorovic. Rodrigues, fresh off of winning a LFA title bout over Josh Fremd on May 21, appeared on Dana White’s Contender Series in a 2020 loss to Jordan Williams. Todorovic originally was slated to face Maki Pitolo.

4. Two fighters will put perfect records on the line: Jordan Leavitt (8-0, 1-0 in UFC) starts the prelims with a lightweight bout against Claudio Puelles, and Miguel Baeza (10-0, 3-0 in UFC) faces veteran welterweight Santiago Ponzinibbio on the main card.

5. Saturday’s 28 fighters are set to represent 17 countries, which if the card remains intact would set a record for most countries represented in a UFC event. The current record is 16, which is shared by three events.

Making the Most of Every Moment

24 LGBT Celebs Who Live Out And Proud

Gervonta Davis determined to fight who he wants and when he wants, doesn’t worry about ‘the competition’