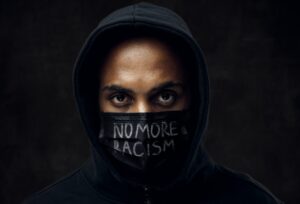 The United Justice Coalition (UJC) announced that it will host a first-of-its-kind, social justice summit at Center415 in New York City on July 23 that will convene the country’s leading activists, entertainers, attorneys, entrepreneurs, professors, experts, media personalities, organizations and more together to discuss combating social and racial injustice.

The UJC is a think-tank of experts from different industries that informally came together in 2019 to share resources, information, ideas and support in an attempt to align on strategic ways to address systemic injustice across America. Over the years, they have worked together behind-the-scenes to amplify critical issues, develop and advance bipartisan legislation, regulations and policies and leverage support for on-the-ground organizations across the country.

Now, they are joining forces to launch this inaugural summit to bring increased awareness and analysis to critical topics such as criminal justice reform, mental wellness, public safety, etc.

The coalition is also made up of family members whose loved ones were tragically shot and killed by police officers, including Danroy Henry Sr. and Angella Henry (parents of DJ Henry and founders of DJ Henry Dream Fund), Michelle Kenney (mother of Antwon Rose II and founder of Antwon Rose II Foundation), Allisa Findley (sister of Botham Jean and president of Botham Jean Foundation) and Tiffany Crutcher (sister of Terence Crutcher and executive director of Terence Crutcher Foundation).

“The United Justice Coalition started as an informal meeting of the minds, but it has quickly evolved into a more purposeful initiative to create change in our communities,” Team ROC and UJC Founding Member Dania Diaz said.

“Our goal for this summit is to spark discussion and collaboration and take a solution-oriented approach to reforming America’s antiquated policies. At the end of the day, we are all bonded by one common goal — to eradicate injustice.”

In the coming weeks, the coalition will announce guest speakers and organizations that will participate in the panel discussions, networking opportunities and keynote sessions. The UJC event will also be open to the public.

If you’re interested in learning more about the UJC and the forthcoming summit, please visit https://www.unitedjusticecoalition.com/ujc-summit.